Saturday Review and the Nazis 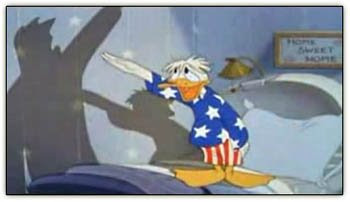 Excerpt: England and the Aeroplane: An Essay on a Militant and Technological Nation, by David Edgerton
www3.imperial.ac.uk/pls

... The connections between fascist politics and aviation in the interwar years may be considered at the level of lesser personalities too. A.V. Roe was a prominent financial and moral supporter of Mosley. Lady Houston, the wealthy widow of a Liverpool shipowner and Tory MP was very well known as a pro-Italian fascist through her Saturday Review.

According to her biographer, Lady Houston had a dog called Benito ‘after Benito Mussolini, whom she admired mainly because he had dosed the Italian Socialists and Communists with castor-oil. In one of her letters to the Duce, she invited him to come over here and treat the English Reds and Pinks in the same fashion’.14 She did not at first like the Nazis but changed her mind in 1936. On 7 March 1936 the Saturday Review carried a picture of Hitler on the cover with the words: ‘Heil Hitler! No happier event could happen than a pact between Germany, France, Italy, England and Japan. This would ensure the Peace of the World. (Signed) Lucy Houston.’15 This was not untypical of the support Houston’s paper was to give Hitler until her death in early 1937. The Saturday Review was not a minor eccentric publication, it was one of the well-known weeklies of the interwar years. But in the aeronautical literature, and on television films, LadyHouston is still remembered as the generous benefactress of the famous 1931 Schneider Trophy Race. This was not her only benefaction: she offered to give almost £200,000 to the British Union
of Fascists and attempted to give equally large sums to the nation for
the air defence of London. ...