The Fascists Among Us 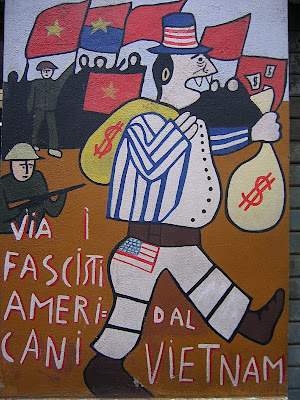 "But are there not many fascists in your country?"

"There are many who do not know they are fascists but will find it out when the time comes."

— Ernest Hemingway, For Whom the Bell Tolls

I was going through some old newspaper clips the other day and found a long feature piece I wrote in 1990 about a man who I have come to regard as one of the great Americans of the 20th century.

His name was George Henry Seldes, a fiery, muckraking newsman and Vermonter who covered some of the greatest stories of his time.

Seldes, who wrote more than 20 books and worked well into his 90s, lived and wrote in Hartland. He died at the age of 105. Seldes was more than a newsman. Seldes was a free thinker and a true believer in the Constitution and a tireless fighter — in his many works — for the civil liberties of all Americans.

In a wide-ranging interview in 1990 for a story celebrating his 100th birthday, Seldes made a bold prediction, one that caught my eye as I reread the piece.

Seldes said he feared that American soldiers would ultimately fight and die in the Middle East.

"For now, I think it's (war) been postponed. I'm afraid, though, the situation will keep boiling and we'll have a war there," he said.

Seldes had an incredible career as a newsman, mostly as a foreign correspondent with the Chicago Tribune.

He interviewed Lenin in Russia during an anniversary of the Bolshevik Revolution, covered the Spanish Civil War with Hemingway and was red-baited and brought before the McCarthy hearings.

Hemingway, Seldes said, was one of the first reporters to write about how, in Spain, "Germany was preparing for the coming (second) world war. And nobody paid attention to him."

Seldes was in Germany and Italy in the 1930s when fascism was nothing but an idea. In the 1990 feature, I wrote: "And he (Seldes) saw how that idea, bolstered by lies, deception and thugs who made themselves rulers, altered the face of Europe."

Seldes, who interviewed Mussolini, the murderous fascist who came to power in Italy before World War II, was something of an authority on fascism.

But no other event of the 20th century had as great an impact on the old muckraker than did the Spanish Civil War. The world, including the American press, Seldes said, "ganged up on Spain." The fascists eventually won there.

If he were alive today, it would be fascinating to get George Seldes's take on the Bush administration. I can tell you this: Seldes could always smell a rat, and he would have despised what Bush and his thugs have done to the Constitution of the United States in the name of "national security."

He might have even gone so far as to describe Bush as a fascist.

By invading a weak nation without provocation, this government, in fact, duplicated the bullying tactics of the notorious fascists and Nazis of the 1930s and '40s.

This long war in Iraq has done far more than cost this nation in blood and treasure.

It has made our country weaker, militarily, and has helped to create a new generation of terrorists who see us as a ruthless nation that uses force as an instrument of foreign policy.

This war has allowed a corrupt administration to tilt this country in the direction of fascism not seen in my lifetime.

Here's what Bush and his henchmen have done to help disembowel our Constitution:

Discarding the Geneva Convention, which concerns the treatment of captured soldiers.

The illegal prison at Guantanamo Bay, where prisoners are held indefinitely without the right of habeas corpus.

The use of telecommunications companies to spy on Americans.

Cooking up evidence to justify the invasion of Iraq.

And what of the things we have yet to learn?

God bless this country if we are ever the victims of a truly horrific terrorist attack. In addition to the consequences of such an attack, we could very well find our civil liberties further threatened.

Government policies and officials of the kind that Bush brought us will do anything they can to "protect us," even if it means stripping us of our liberties. Fascism could be only a series of devastating attacks away, for Americans and their liberties.

I think that is what Robert Jordan, the central character in Hemingway's great novel about the Spanish Civil War, was referring to when he was asked by a fellow rebel fighter (in the above quote) about how many fascists there were in America.

If we can be so lost as to elect a man who repeatedly violates the highest laws of our land in order to run up his agenda and to allow him to launch an unjust war that continues to this day, can we really be that far away from the fascism that Robert Jordan so frighteningly foresaw?

Dennis Jensen is the outdoor writer for the Herald. Contact him at dennis.jensen@rutlandherald.com