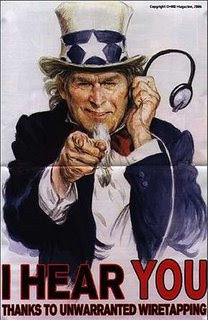 [JURIST] The US Senate Wednesday voted 69-28 [roll call] to approve a bill amending the Foreign Intelligence Surveillance Act (FISA) [text; JURIST news archive] to grant retroactive immunity to telecommunications companies participating in the NSA warrantless surveillance program [JURIST news archive]. Earlier in the day, the Senate had rejected three proposed amendments [WH fact sheet] to the bill that would have limited immunity. The Dodd-Feingold-Leahy amendment [S.Amndt 5064; ACLU backgrounder], which would have removed all mention of telecom immunity from the legislation, was rejected 32-66 [roll call]. The Bingaman amendment [S.Amndt 5066; EFF backgrounder], which would have suspended immunity pending a decision by the Inspector General on the legality of the warrantless wiretapping program, was rejected by a vote of 56-42 [roll call]. The Specter amendment [S.Amndt 5059; ACLU backgrounder], which would have limited immunity to instances where a court found that the associated intelligence operation was constitutional, was rejected 61-37 [roll call]. On Tuesday, President George W. Bush called on Congress [JURIST report] to pass legislation granting telecom companies retroactive immunity, promising to veto any bill that did not include such provisions. AP has more.

Last month, the US House of Representatives passed [roll call] a compromise version of a bill [HR 6304 materials] amending FISA and including a controversial provision granting retroactive immunity to telecommunications companies that participated in the NSA warrantless surveillance program [JURIST news archive]. The bill also grants the FISA court [governing provisions] authority to review a wider range of wiretapping orders, would prohibit the executive branch from overriding the court's authority, and orders the Department of Justice [official website] and other agencies to issue a report on the country's use of wiretapping orders. Earlier versions of the bill without the immunity provisions had also passed in the House, but President Bush has said he will veto [JURIST reports] any version of the bill without the language. The Senate is expected to vote on the bill next week and has already approved similar legislation including the immunity clause [JURIST report].