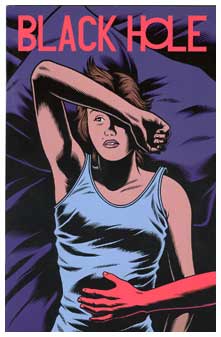 "There's a retired businessman named Red,
cast down from heaven and he's out of his head.

He feeds off of everyone that he can touch,
He said he only deals in cash, 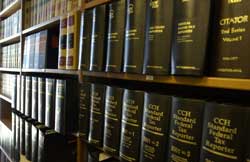 The Kentucky Derby fix was certainly one for the books ...

Some of the most important leads in the 5191 mystery are found in the closed loop of Lexington's corporate and equine aristocracy – the same "prominent" rich folk who ran the 2005 Kentucky Derby – and even an answer or two.

Former Governor Brown was a focal Mafia frontman in Denton's Bluegrass Conspiracy, and 20 years later Brown's circle of political and corporate connections surfaced collectively in the Kentucky Derby fix – these, you find on the financial trail, lead to a ratted nest of intrigues in a dimension of the Flight 5191 story that has only been glimpsed so far, particularly relating to the proverbial "events of 9/11."

Brown was married to the former Eleanor Bennett Durall for 17 years (1960-77), before his two-year courtship of Miss America. He had three children by his first wife, including John Y. III, Kentucky secretary of state (1996-2004) under Governors Paul Patton and Ernie Fletcher.

Before entering politics, John Y. III was director of franchising at Roasters Corp. [his father's chain] and summer associate for the law firms of Brown, Todd & Heyburn and Stoll, Keenon & Park – a Lexington law firm that lost a senior partner in the Comair crash, Leslie W. Morris, Jr. and his wife Kaye.

Although he never actually sought public office, Leslie Morris was deeply involved in the Lexington political scene, an advisor and consultant to a number of elected officials, including former mayor James Amato. He also served as trial commissioner in the Lexington Police Court, a predecessor of the current Fayette District Court. 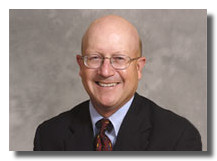 John Y. Brown III is vice president of special projects at ResCare, a "human service company offering residential, therapeutic, job training and educational supports" for patients with disabilities, also "providing education and training to young people in the Job Corps program, operating one-stop employment and training services for people experiencing barriers to employment, and giving older people the help they need to stay in their homes. It is headquartered in Louisville, Ky. ResCare provides services in 36 states, Washington, D.C., Puerto Rico and Canada."303 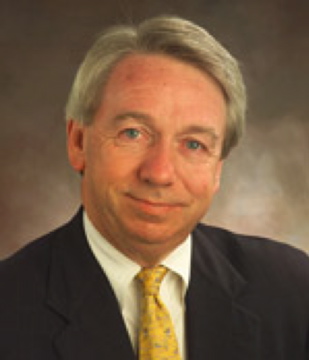 The for-profit ResCare is a diamond in the Lexington Sopranos' corporate bauble case. Long-time CEO and president of ResCare until his retirement in June was Ronald G. Geary, a graduate of Cincinnati Bible College and Seminar, current chairman of Ellis Park under Churchill Downs (William Farish was chairman until he left to take the UK ambassadorial post under GW Bush in 2001) – also a cabinet appointee in Governor Brown's administration.

In a recent interview, Geary discussed his recruitment by ResCare:

"Geary remembers well the five-hour lunch meeting he had in 1989 with the company's founder, James Fornear." The meeting, which Geary said was a turning point in his life, focused on recruiting [him] to help the struggling company, which had less than $65 million in revenue and faced the prospect of bankruptcy.

"At the time, Geary, a former secretary of revenue in Kentucky Gov. John Y. Brown's administration, did not know much about ResCare and the services it provided, primarily as an operator of Job Corps centers for the U.S. Department of Labor. But he saw an opportunity, he said, to turn around the business and grow it into a publicly traded company. ... [Governon] Brown had advised Geary that if he ever had a chance to take a company public -- as Brown did with Kentucky Fried Chicken Co., now part of Louisville-based Yum Brands Inc. – he should follow that opportunity. So Geary joined ResCare in 1990 as president and took the job as CEO in 1993."304

It could be argued that some good, at least, has come of the symbiosis: it has expanded the job market for headline-writers ... 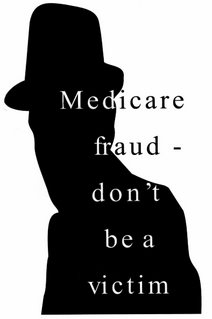 "The state of Texas has recovered $2.15 million from ResCare Inc. in connection with a Medicaid fraud case at ResCare's Fort Worth subsidiary, Attorney General Greg Abbott said Tuesday. The recovery reflects false billing and backdating of documents over two years at The Citadel Group Inc. in Fort Worth, a subsidiary of Louisville-Ky.-based ResCare, Abbott said. Former Citadel employee Jennifer Hudnall filed the federal whistleblower case in 2001, alleging that progress reports on patients were being backdated to avoid revealing that little progress was being made in the patients' rehabilitation.

"The Attorney General's office says Citadel, between Jan.1, 2000, and Nov. 6, 2002, shortchanged Medicaid by billing for full-time counseling while providing services only a fraction of that time. The state's complaint also said the staff at the facility threw parties every Friday and billed Medicaid as if they were providing counseling services.... "305 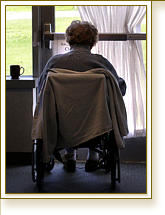 A state audit of ResCare, a privatized approach to treating Kentucky's developmentally disabled, a few years ago found that "after ResCare's contract began in 1997, seven of 12 investigated deaths occurred on ResCare settings, two of its employees failed to provide needed medical attention and ResCare received $8 million in improper Medicaid payments."306

Theresa Rodriguez, a ResCare patient, filed suit after she was nearly killed in a ResCare nursing home, according to her attorneys: "Theresa Rodriguez, a conservatee of the San Mateo County Public Guardian, currently is in an acute care unit at a hospital. She cannot communicate nor eat and is being kept alive on a feeding tube. ... Ms. Rodriguez suffered second and third degree burns on her genitals, thighs, stomach and lower back when she was put in a shower for 20 minutes with scalding, 130 to 135-degree temperature water on May 5, 2004 at the ResCare California Inc. facility on McGarvey Avenue in Redwood City. The injuries were compounded by staff who put her in a bed and left her alone for three and one-half hours before calling 911, the suit said. Following the 911 call, she was airlifted to a hospital burn unit where she was on a life support system for two months. The suit, filed in San Mateo County Superior Court in January 2006, also alleges a new water heater had been installed at the facility only days before the incident, that employees knew it was malfunctioning – producing 130 to 135-degree hot water -- and did nothing to remedy the problem. The suit said the staffer who put Ms. Rodriguez into the shower "was untrained and unqualified to work" with the victim.

"This is a heartbreaking situation that would never have happened if proper staffing and training had been maintained," said Niall P. McCarthy of CPS&M.

"'Unfortunately, this case is only the tip of the iceberg of abuse in nursing and care homes.'"307

ResCare would give privatization of government a bad name ... if it had a good one.

Geary retired as CEO from management of ResCare on June 22, 2006 but stayed on as non-executive board chairman. Two years ago, Geary steered the company into a fascinating – in context of the Comair crash – contract – a $50.5 million deal with the Canada equity firm Onex Partners LP. On March 10, 2004, the business trades reported that ResCare, Inc. entered into a transaction with Onex to purchase $50.5 million of the company stock. Onex "will be entitled to appoint or nominate four new members to the board of directors, replacing four retiring board members."308 Two of the newly installed directors at ResCare: Robert M. Le Blanc (a managing director of Onex Corp.. formerly of Berkshire Hathaway. He is the lead director of Magellan Health Services, Inc., a provider of behavioral healthcare treatments.), and Nigel S. Wright (a managing director since 1997. He formulated policy as a cabinet appointee of the prime minister of Canada).

This was a very significant development for several reasons. In September, 1995, Onex Food Services bought Caterair from the Carlyle Group for $500 million – roughly $150 million less than Carlyle paid for it. Michael Moore's 9/11 timeline summed up the Caterair scandal:

February 1990—George W. Bush joins Caterair board at the behest of Fred Malek, a good friend of his father’s. Bush would later drop his disastrous experience with Caterair from his resume when he runs for governor of Texas in 1994. 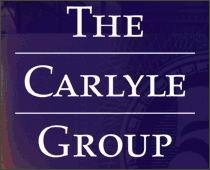 GlobalResearch's Martin J. Rivers writes that Carlyle's Sami Baarma "was the director of two divisions of the Mahfouz's Saudi National Commercial Bank (NCB), when the bank's money disappeared in the late 1990s." That is, when Bush was on the board of Fred Malek's Caterair. Baarma directed the International and the Investment Services Divisions of the NCB, and "advised the next NCB president after [a] second Mahfouz banking scandal broke in 1998." Baarma was a bright light on the international investment committee of the Carlyle Group – and simultaneously of the NCB's executive management committee. "Carlyle's Sami Baarma is also the CEO of the Pakistani Prime Commercial Bank, another Mahfouz-owned bank, that has as an executive board member, Abdul Rahman bin Mahfouz, the manager of the bin Laden-sponsoring [charity] Blessed Relief." In 1995, Abdul Rahman and his brother, Sultan bin Mahfouz, both directors in the defrauded National Commercial Bank (NCB), made a $ 30 million investment in Carlyle, held for their benefit by Baarma. "The current president, George W. Bush, was once a director of and held shares in one of Carlyle's components, the Caterair Company, between 1990 and 1994." GW's tenure at Carlyle, and his father's, came in the period that $2-billion dollars of terrorist-directed NCB funds were stolen by Mahfouz, under the nose of Baarma, a top executive at both NCB and Carlyle."309

Onex is also significant for its purchase, in collaboration with Goldman Sachs, of Raytheon Aircraft Company, formerly Beech Aircraft, in December 2006. 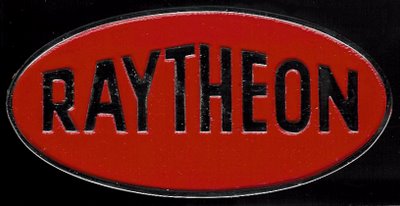 Raytheon's nearest competitor is Bombardier, manufacturer of the CJR-100 that crashed in Lexington ...

Raytheon is based in Wichita, Kansas – the home of Bill Giltner, Jr. Remember him – the horse-tender who took a job at Bentley Farms a few days before the crash and quit the day after (NOT the 9/11 researcher of the same name, who lives in Austin) – the sole witness to the Comair crash?

News reports published within a few days of the disaster mentioned, " ... Giltner said he flew small planes during the 1970s when he worked for BEECH AIRCRAFT CORP ... "

Quite a concidence. Raytheon Aircraft Corp. IS Beech Aircraft since it was bought out. In fact, Identification of the two is so commonplace that Onex filed the investment papers under the name of Hawker Beechcraft Corp.310

Raytheon placed its aircraft division on the block in July – one month before the Lexington crash. Was Giltner recruited by a white-collar intelligence operator at Raytheon – with a board of directors heavily represented by former Beech execs – to "witness" the "accidental" crash of Flight 5191?

NEXT: The appearance of Onex (by way of ResCare) and the connection to Raytheon opens another dimension in this story, a link in the conspiracy chain that may rankle in with other nagging mysteries encountered along the way, and could even reveal a key perp of 9/11 AND the Comair crash...