LEXINGTON COMAIR CRASH SUPPLEMENTAL: THE NATIONAL TRANSPORTATION SAFETY BOARD (NTSB) – WHO ARE THEY?

The vice chairman of the NTSB board had "custody of the President’s emergency briefcase, 'the football.'” Air Force ... NASA ... Vietnam ... conflict analysis, in the case of Deborah Hersman, Board spokeswoman on the Comair crash ... General Rosenker, chairman of the NTSB, was a key Bush military adviser, his liaison with Rumsfeld's Pentagon - promoted from the rank of acting chairman a couple of weeks before the Comair crash. ...

Is this a transporation safety board or a three-man military unit with two civilians – with intelligence connections – on board to give it a respectable appearance – one of them assigned to the Teterboro crash (see part two)? 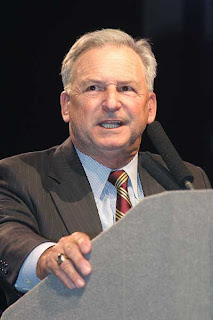 Mark V. Rosenker of Virginia was sworn in as the 11th Chairman of the National Transportation Safety Board on August 11, 2006. He had been serving as Acting Chairman since March 2005. His two-year term as Chairman runs until August 2008. In January 2006, after confirmation by the Senate, he began his second term as a Member, which will expire on December 31, 2010.

Chairman Rosenker became a Member of the NTSB in March 2003 and was designated by President Bush as Vice Chairman that April.

Beginning January 20, 2001 until the announcement of his nomination to the Board, Mr. Rosenker served as Deputy Assistant to the President and Director of the White House Military Office. In this capacity, he had responsibility for policies, personnel and plans that involve Department of Defense assets in direct support of the President.

Prior to his White House appointment, Mr. Rosenker was Managing Director of the Washington, DC office for the United Network for Organ Sharing (UNOS), overseeing the development, implementation and management of a national public information program dealing with all facets of organ transplantation in the U.S. Before joining UNOS, Mr. Rosenker served 23 years as Vice President, Public Affairs for the Electronic Industries Alliance.

Mr. Rosenker's interest and experience in transportation safety dates back more than three decades to his time at a major national public affairs organization. His clients there included the American Safety Belt Council, the Motorcycle Safety Foundation, and the Safety Helmet Council of America. He later served as Director of Communications for the American Moped/Motorized Bicycle Association.

Mr. Rosenker's professional experience also includes service in the federal government at the Department of Interior, the Federal Trade Commission and the Commodity Futures Trading Commission. In 1990, he was appointed by President Bush a member of the American Battle Monuments Commission (ABMC). After serving four years, Mr. Rosenker received the Commission's highest honor, the ABMC Meritorious Service Medal. 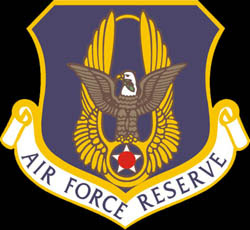 A retired Major General in the Air Force Reserve, General Rosenker entered the Air Force in 1969 through the University of Maryland ROTC program. He is a graduate of the Air Command and Staff College and the Air War College.

During his 37 ½ -year Air Force career, General Rosenker received a number of awards and decorations, including the Air Force Distinguished Service Medal with One Oak Leaf Cluster and the Legion of Merit.

For his leadership role in recreational boating issues, the National Safe Boating Council presented Mr. Rosenker their highest honor, the Confluence Award. This is traditionally given only to Members of Congress, and Mr. Rosenker is one of the few representatives of the Executive Branch to be so honored.

Rosenker was the Board Member on scene for the Safety Board's investigations into the April 2004 derailment of Amtrak's City of New Orleans near Flora, Mississippi; the November 2004 crash of a charter jet aircraft in Houston, Texas (the plane was on its way to pick up former President George H.W. Bush for a flight to Latin America); the September 2005 derailment of a Metra commuter train in Chicago; the October 2005 capsizing of the passenger vessel Ethan Allen in Lake George, New York, which claimed 20 lives; the November 2005 grade crossing collision involving a Metra commuter train in Chicago;  the December 2005 crash of a seaplane in Miami, Florida that killed all 20 persons aboard; and the November 2006 accident in Alexandria, Virginia where two track inspectors were killed when struck by a transit train. He also was part of the NTSB's Go Team for the June 2003 capsizing of the charter fishing vessel Taki-Tooo, near Garibaldi, Oregon, which took the lives of 11 of the 19 people aboard.
---------------
http://www.ntsb.gov/Abt_NTSB/Bios/chealander.htm 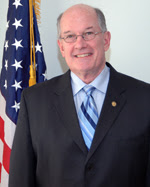 Mr. Chealander brings a wealth of both civilian and military aviation experience to the NTSB.  Prior to joining the Board, he was with American Airlines, serving since 1991 as a pilot and Captain qualified on the DC-10, B-737, MD-80, and F-100 aircraft, and as a Chief Pilot in Los Angeles.  At American, he also was a flight safety manager, performing safety and compliance audits and participating in investigations, and was most recently the Manager of Flight Operations Efficiency.

From 1964 to 1991, Mr. Chealander served in the U.S. Air Force, with tours of duty in Vietnam and Spain. An F-4 pilot and instructor pilot, and then a USAF Aggressor Pilot, Mr. Chealander was selected in 1981 to be a member of the USAF Air Demonstration Squadron, the Thunderbirds.  He flew with the team until 1985, when he was assigned as a staff officer at Tactical Air Command Headquarters at Langley AFB, VA.

In 1986, Mr. Chealander was selected as Military Aide to President Ronald Reagan. In this capacity, he performed a variety of ceremonial and emergency preparedness duties, including custody of the President’s emergency briefcase, “the football.”

He retired from the Air Force in 1991 with the rank of Lt. Colonel.

Robert L. Sumwalt was sworn as the 37th Member of the National Transportation Safety Board on August 21, 2006. His term of office will run until December 31, 2011.

President Bush has also designated him as Vice Chairman of the Board for a two-year term. 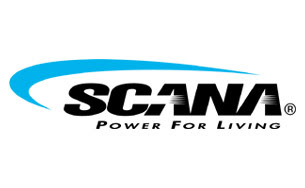 Prior to coming to the Board, Mr. Sumwalt was Manager of Aviation for the SCANA Corporation, a Fortune 500 energy- based company.  Mr. Sumwalt was a pilot for 24 years with Piedmont Airlines and then US Airways, logging over 14,000 flight hours and earning type ratings in five aircraft before retiring from the airline in 2005. He has extensive experience as an airline captain, airline check airman, instructor pilot and air safety representative.

Mr. Sumwalt worked on special assignment to the US Airways Flight Safety Department from 1997 to 2004, where he was involved in the development of numerous airline safety programs, including an enhanced crew awareness program and a windshear training program. From 2002 to 2004, he served on the US Airways Flight Operations Quality Assurance (FOQA) Monitoring Team.

Mr. Sumwalt served as a member of Air Line Pilots Association's (ALPA) Accident Investigation Board from 2002 to 2004, and also worked with ALPA's Aviation Weather Committee on improving the quality of weather products available to pilots. He has chaired ALPA's Human Factors and Training Group and was a co-founder of that organization's Critical Incident Response Program, which provides guidance to airline personnel involved in traumatic events such as accidents.

From 1991 to 1999, Mr. Sumwalt conducted aviation safety research as a consultant to NASA's Aviation Safety Reporting System, studying various issues including flight crew performance and air carrier de-icing and anti-icing problems.  Mr. Sumwalt has written extensively on aviation safety matters and has published over 85 articles and papers in aviation trade publications. He has broad experience in writing aircraft operations manuals and airline and corporate aviation policy and procedure guidelines. He has been a regular contributor to Professional Pilot magazine.  In 2003, Mr. Sumwalt joined the faculty of the University of Southern California's Aviation Safety and Security Program, where he was the primary human factors instructor.  In recognition of his contributions to the aviation industry, Mr. Sumwalt received the Flight Safety Foundation's Laura Taber Barbour Award in 2003 and ALPA's Air Safety Award in 2004.  Since joining the Board, the Vice Chairman has served as the Member on-scene for the October 20, 2006 derailment of a Norfolk Southern train in New Brighton, Pennsylvania. Twenty-three tank cars carrying ethanol, a hazardous substance, derailed. Ethanol released from the cars ignited and burned for several days. Shortly after his arrival at the Board, Vice Chairman Sumwalt accompanied the NTSB Go-Team to Lexington, Kentucky for the on-site investigation of the August 2006 crash of Comair flight 5191.   Mr. Sumwalt is a graduate of the University of South Carolina.
---------------
http://www.ntsb.gov/Abt_NTSB/bios/higgins.htm

Kathryn O’Leary Higgins was sworn in as the 36th Member of the National Transportation Safety Board on January 3, 2006.

Ms. Higgins brings 36 years of experience in the public and private sectors to her new appointment. She was most recently employed as President and CEO of TATC Consulting and was Vice President for Public Policy at the National Trust for Historic Preservation from May 1999 to January 2004.

Member Higgins served as Deputy Secretary of the U.S. Department of Labor (July 1997-May 1999), Acting Chair of the National Endowment for the Arts, and Vice Chair of the Presidential Commission on U.S. Coast Guard Roles and Missions.

Ms. Higgins served in the White House (February 1995 – July 1997) as Assistant to the President and Secretary to the Cabinet. In that capacity she worked closely with the NTSB, DOT, FAA, and Coast Guard on a number of matters, including the 1996 ValuJet 597 and TWA 800 accidents, formulation and implementation of hazardous materials regulations, increasing inspector staffing, FAA reauthorization, and creation of the NTSB Office of Family Assistance. She was awarded distinguished service medals by the FAA and Coast Guard for her work.

Member Higgins was with the White House Domestic Policy Council, serving as Assistant Director for Employment Policy (May 1978 –January 1981). She began her career in 1969 as a Manpower Specialist with the Employment and Training Administration, U.S. Department of Labor.

Ms. Higgins came to Washington from Yankton, South Dakota and earned a Bachelor of Science degree from the University of Nebraska. She was married to the late William J. Higgins and is the mother of two sons, Liam and Kevan.
Ms. Higgins’ term expires December 31, 2009.
----------
http://www.ntsb.gov/Abt_NTSB/bios/hersman.htm

Deborah A. P. Hersman was sworn in as the 35th Member of the National Transportation Safety Board on June 21, 2004.

Since her appointment to the Board, Member Hersman has been the Member on scene at seven major transportation accidents, most recently, the October 11, 2006 crash of a private aircraft into an apartment building in New York City. She was member on scene at the August 27, 2006 crash of a commercial aircraft operated by Comair at Lexington, Kentucky, in which 49 passengers and crew members lost their lives. She also was the Member on scene at the July, 2005 head-on collision of two Canadian National Railway freight trains at Anding, Mississippi; the April, 2005 collision of an Arlington 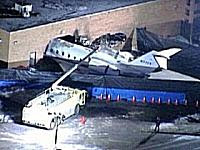 County school bus with a trash truck in Arlington, Virginia; the February, 2005 crash of an aircraft operated by Platinum Jet Management into an airport warehouse at Tererboro, New Jersey; the January, 2005 Norfolk Southern Railway freight train collision and subsequent hazardous material release in Graniteville, South Carolina; and the November, 2004 collision of two Washington Metro trains at the Woodley Park Station in Washington, D.C. Member Hersman also participated in the on-scene investigation of the crash of an aircraft operated by Pinnacle Airlines in Jefferson City, Missouri, in October, 2004.

Before joining the Board, Member Hersman was a Senior Professional Staff Member of the U.S. Senate Committee on Commerce, Science and Transportation from 1999 to 2004 where she was responsible for the legislative agenda, oversight and policy initiatives for surface transportation issues, including economic and safety regulation of railroads, truck and bus safety, pipeline safety, and hazardous materials transportation safety. She worked extensively on the Motor Carrier Safety Improvement Act of 1999, the Pipeline Safety Improvement Act of 2002, the Transportation Equity Act of the 21 st Century, the Amtrak Reform and Accountability Act, and numerous transportation safety and security measures.

Prior to her appointment to the Senate Commerce Committee staff, she served as Staff Director and Senior Legislative Aide to Congressman Bob Wise of West Virginia from 1992 to 1999.

Member Hersman earned Bachelor of Arts degrees in Political Science and International Studies from Virginia Tech in Blacksburg, Virginia, in 1992, and a Master of Science degree in CONFLICT ANALYSIS AND RESOLUTION from George Mason University in Fairfax, Virginia, in 1999. She is married and is the mother of three sons.