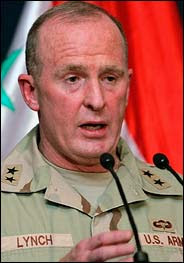 FORT STEWART, Ga. - As his troops head into a third combat tour in Iraq, the commanding general of the Army's 3rd Infantry Division said Thursday war-weary Americans should "quit complaining" and prepare themselves for the conflict to continue several more years.

"We're now in a debate about whether or not the third deployment is too much and whether you should have a year between (deployments) in dwell time," Maj. Gen. Rick Lynch told reporters. "I believe it's time for us to quit complaining and focus on doing our duty."

Lynch said it's not soldiers and their spouses who are complaining about the war, but rather people in "outside circles" from the military.

More than 4,000 soldiers from the Fort Stewart division's 1st Brigade Combat Team deployed earlier this month to Kuwait and will soon begin moving into Iraq, where the division of 19,000 troops has already served two tours, including the 2003 invasion. 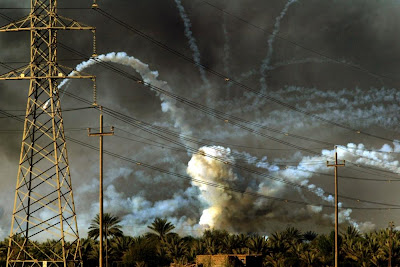 Two other brigades of the 3rd Infantry are scheduled to follow in March and May, their deployments accelerated by two to three months because of President Bush's plan to send 21,500 additional U.S. forces to Iraq.

Speaking at a news conference, Lynch cautioned that Americans shouldn't expect the troop surge to bring a quick resolution to the war. He said success in Iraq could take more than twice as long as the nearly four years American troops have already spent there.

He urged Americans to look to the resolve of U.S. soldiers who fought in World War II "and didn't come back until it was over." American forces have been in Iraq longer than the duration of World War II.

The division's 3rd Brigade, based at Fort Benning, is now at the Army's National Training Center at Fort Irwin, Calif., for final training exercises that will be completed by mid-February. The brigade is scheduled to deploy in March. 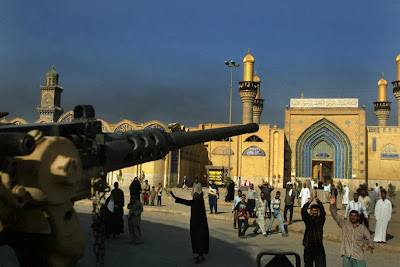 The 2nd Brigade, which will deploy in May - about three months earlier than expected - will complete its training at Fort Stewart with California-based instructors traveling to the southeast Georgia post. Lynch said the move will save about four weeks that it would take to move his troops and their equipment to the West Coast and back.

"We as a division will not send untrained or poorly equipped soldiers to Iraq," he said. "Only when we're ready will we send them to combat operations."

Russ Bynum has covered the military based in Georgia since 2001.
http://www.ledgerenquirer.com
Posted by Alex Constantine at Thursday, January 25, 2007