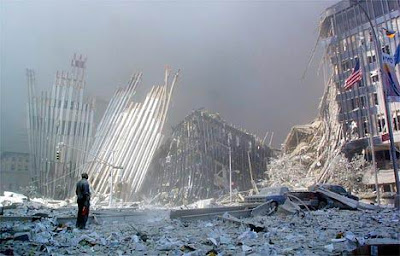 Possum in the Road

On June 2, 2006, Arkansas Governor Mike Huckabee, another evangelical whose religion is stitched indelibly on his sleeve, learned the meaning of existential terror.

"There were some frightening moments for Arkansas governor Mike Huckabee and his family last week," Aero-News sympathized, "as the business jet they were on experienced engine failure at 43,000 feet."

Huckabee, his wife Janet Huckabee, daughter Sarah, staffer Chad Rockett and a state trooper were on board. The jet climbed to circumvent storm clouds when "a noise came from the jet's right engine. 'We were flying over Tennessee, enjoying the flight, when suddenly a most horrible sound started coming from the airplane engine,' Huckabee said in a speech to North Carolina Republicans Tuesday. 'It was doing all sorts of funny things airplane engines are not supposed to do.' What's worse, said Huckabee, is that they had to descend through the thunderstorm in order to make an emergency landing in Tennessee. The governor said it felt like the plane was coming apart as the flight crew dove for the deck. 'Pilots had told me that the reason you have a twin engine plane is that in case one engine goes out, the other engine will fly you to the crash site,' said the governor. 'Somehow it wasn't a very comforting thought.'"

The close call, "which the southern governor likened to 'running over a great big possum in the road,' ended with everyone safe on the ground."

Mechanics repaired the malfunctioning engine, everyone climbed back on board and were on their way.

"Huckabee wouldn't say who the plane's owner was, saying it wouldn't be fair to single out the aircraft's owner as 'it wasn't the fault of the airplane.'"318

After all, you wouldn't want to trample on the Cessna's feelings ... or publicize a violation of federal political campaign laws ...

Huckabee refused to answer inquiries from the politrazzi, but the incident report filed at the Chatanooga airport listed the owner of the Cessna, Southeastern Asset Management (SAM), based in New Hampshire. Huckabee blogger Michael Powell, an NYU grad student, describes SAM as "a New Hampshire-based company of which Ted Suhl is the manager. Suhl is a past contributor to Huckabee campaigns, a Huckabee-appointee to the state Child Welfare Agency Review Board, and also the director of the Lord’s Ranch in Warm Springs, a religious-based youth home whose $8.5 million contract with the state is paid through Medicaid."319 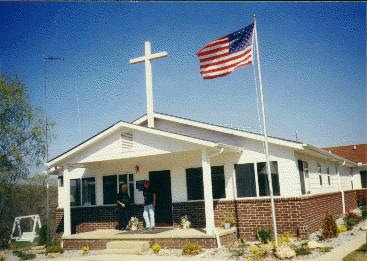 Jennifer Barnett Reed of the Arkansas Times: "Suhl is director of the Lord’s Ranch. Suhl and others connected to the youth home have given thousands of dollars to past Huckabee campaigns; about six years ago, it got its first contract with the state Department of Health and Human Services to provide services to troubled young people. In 2000, the contract was for $140,460 for psychological services; currently, the Lord’s Ranch gets payments for services through Medicaid. ... State tax revenues provide about 25 percent of Medicaid’s budget in Arkansas."

The Lord’s Ranch ran afoul of state law in the past. "In 1990, the state Child Care Review Board voted to revoke the home’s license because of 16 violations, including improper use of restraints on children. The Lord’s Ranch officials denied using restraints improperly, and the board changed its mind and recommended granting a six-month provisional license after getting more information." In 1994, officials of Lord's Ranch "refused to allow state monitors to inspect the home, and a 1996 report cited continuing compliance problems. But the relationship thawed considerably in the late 1990s and early 2000s, and the state gave the Lord’s Ranch its first contract, worth $140,490. Huckabee also appointed Suhl to the Child Welfare Agency Review Board — he was reappointed in 2004 — and appointed Russell Dixon, director of the ranch’s psychiatric program, to the state Psychology Board (his current term ends in 2009).

"The Ranch is currently in good standing with [Michael Leavitt's] DHHS."320

The staff at Lord's Ranch in Warm Springs wouldn't allow state regulators to interview children in its keep about allegations of abuse at the fundamentalist youth home.

In July, Arkansas legislators called Suhl to carpet for questions about the treatment of children at the Ranch. Suhl and his attorney vigorously defended themselves. Representative Buddy Blair, chairman of the House interim committee on aging and legislative affairs, brought up an e-mail he'd received from a former resident. The e-mail stated that the ranch punished those in its care, according to an AP report, "by forcing them onto the floor and having a staff member sit on them. The resident also accused the facility of making residents stand all day as punishment."321 Was this a Mel Sembler operation?

On the day that Lord's Ranch staffers blocked the state monitors from questioning residents, the Randolph Counth Sheriff's office reported that Suhl had purchased two QR-15 assault rifles, two shotguns and some handguns.322

The airplane with the "funny" engine generated a hogshead of headlines, but none of them concerned the title holder of the Cessna, Southeastern Assets Management, itself. SAM holdings include a sizable share of General Motors. Disney. Renault. Phillips Electronics ....

Taco Bell. KFC. And just like that we're back in racehorse country, the scene of the crime ... Before moving on, though, you want to take a peak at KFC operations to see how the chickenwerks have evolved since John Y. Brown, Jr. sold the chain off.

A 2004 letter from PETA to another devout evangelical right-wing Christian, David Novak, chairman of the holding company that oversees KFC, offers a glimpse of the inner-workings of the multi-national that Americans affectionately refer to as the "The Colonel." ...323 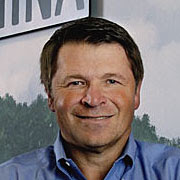 "Once again, we are writing to present you with new, horrifying footage from a slaughterhouse known to be one of KFC’s major suppliers. The enclosed video shows fully conscious chickens’ being violently kicked, stomped upon, and slammed into the floors and walls by workers. Eyewitness testimony from the facility reveals further torture in various forms by employees, including ripping birds’ beaks off, spray painting their faces, twisting their heads off, spitting tobacco into their mouths and eyes, and breaking them in half—all while the birds are still alive. The enclosed excerpts from our investigator’s affidavit describe these unthinkable acts in greater detail. ... " 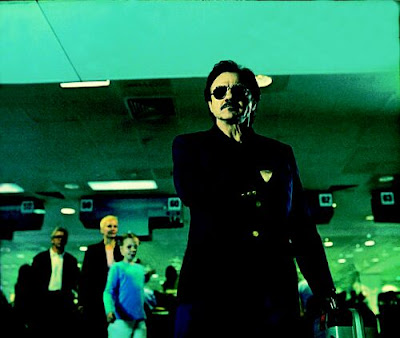 The Longleaf Partners Fund, seekers of 9/11 Truth will immediately recall, was the financial eminence gris of much-despised "The Path to 9/11," the Pixar/Disney propaganda piece that calls up the most dishonest anti-communist bandwagons of the Cold War.

COMPANIES DIRECTLY INVOLVED OR CONNECTED WITH THE MOVIE

ABC was cursed far-and-wide for the 9/11 "documentary" – particularly for the imaginary scene in which President Clinton casually waves off a chance to kill Osama bin Laden.

Most newswire reports said: "ABC responded Tuesday with a statement saying that the miniseries was 'a dramatization, not a documentary, drawn from a variety of sources, including the 9/11 commission report, other published materials and from personal interviews.'"

Governor Thomas Kean, chairman of the 9/11 Commission, chimed in with a statement that the scene was, after all, "a composite."325 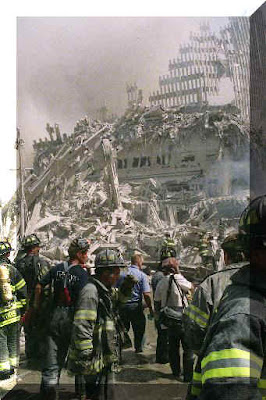 That is, Pepsico's Thomas Kean, an all-too-familiar face in this story ... as it happens, the SAM/Longleaf affiliate, Yum! Brands, with Chickenfuehrer David Novak at its helm, is a spin-off of Pepsico. Interests are in conflict here ... with 9/11 ... and God ... in the middle of it. 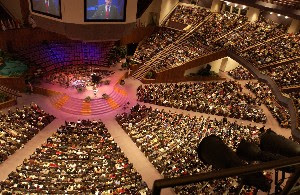 
Who is David Novak? The loyalist of another evangelical front, of course (can our old friend Howard Ahmanson, Jr. be far away?), Southeast Christian Church, the largest church in Godly Kentucky.

Sean Sellers, co-coordinator of the Student/Farmworker Alliance, writes: "Southeast Christian sent busloads of people to lobby the Kentucky legislature in favor of an anti-gay marriage amendment this year. The pastor of Southeast Christian, Bob Russell, said during the recent presidential campaign, 'We [evangelicals] have more reasons to start a revolution than they did in 1776... I don't see how you can be a dedicated Christian and remain neutral.' Mr. Novak is also is a proud and vocal evangelist of what he calls 'Jesus-Centered Leadership,' joining Reverend Russell to stage motivational workshops on the topic for thousands of people at a time."

Also, per The Ticker web site:

"David C. Novak is chairman and CEO of Yum! Brands Inc., (NYSE: YUM), the world’s largest restaurant company in terms of system units with nearly 34,000 restaurants in over 100 countries and territories. In 2005, Yum! Brands generated more than $9 billion in total revenues, including company sales and franchise fees.

"Four of the company’s restaurant brands — KFC, Pizza Hut, Taco Bell and Long John Silver’s — are the global leaders of the chicken, pizza, Mexican-style food and quick- service seafood categories, respectively.... Since its spin-off from PepsiCo in 1997, Yum! Brands has more than tripled its earnings per share and now has one of the highest returns on invested capital in the restaurant industry.

"Prior to leading Yum! Brands, Novak was president at both KFC and Pizza Hut. He also held senior management positions at Pepsi-Cola Company, including chief operating officer, and executive vice president of marketing and sales."326 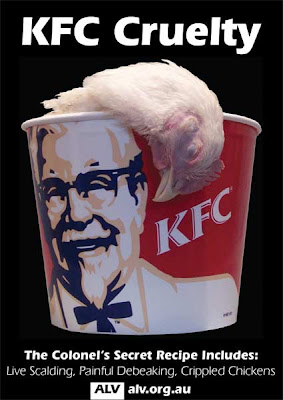 Much of the backround of these developments were known to Comair casualty Betty Joyce Bond Young. 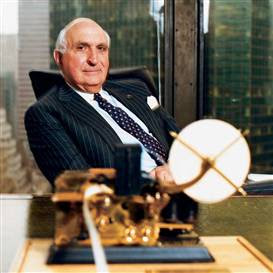 She must also have known of fromer NY Stock Market Chairman Kenneth Langone, a close associate of Novak's, and a key to unravelling the Gordian 9/11-5191 code. 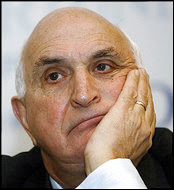