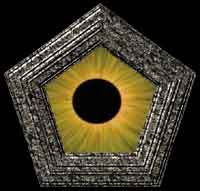 "Battle lines are being drawn,
Nobody's right if everybody's wrong."

WASHINGTON — The Pentagon has been requesting information from financial institutions and telecommunications companies to investigate people within the United States suspected of spying or terrorism, the Defense Department said Saturday. ...

For a legal analysis, see: The Jurist: "Pentagon and CIA viewing US domestic financial records"

"US Vice-President Dick Cheney has admitted that the US military and CIA have been spying on the financial dealings of Americans -- intelligence gathering normally authorized only by civilian policing agencies. ... "
target="_blank">http://www.breitbart.com/news/2007/01/14/070114153813.ahatfwm8.html
Posted by Alex Constantine at Sunday, January 14, 2007