(Repost: "BEING AN ACCOUNT OF THE 'ENTERPRISE' BEHIND 'TEAM BUSH' & A FIRST GLIMPSE AT THE BLACK HEART OF THE 911 OCTOPUS")
By Alex Constantine 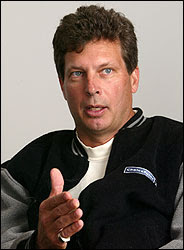 "I as an individual continue to believe [that] in a free society ... we do not always have the right to anonymity." - ChoicePoint CEO Derek V. Smith


... Richard "Killer Pimp" Armitage left ChoicePoint in March 2000 when government beckoned. He will always be one for the books, but before we move on to the Bush White House, there is a dangling question to address: What sort of company would take aboard this corrupt, mass-murdering-drug-smuggling-money-laundering pimp?

Any company that would pay Dick Armitage good money to direct it could bear some examination.

So you click in the business pages on the Internet and you search, downloading any intelligence lead, every key buy-out announcement, director profile, loss statement, press release and SEC reprimand. You wade through trite press releases and confusing math. It takes awhile. When you are finished, you know the meaning of shame. 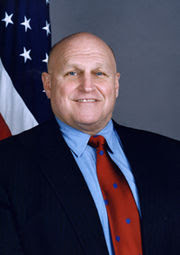 ChoicePoint is much more than a corporate safe-house or pack-station for Dick Armitage. And it isn’t historically significant because he worked there prior to taking the State Department appointment as Powell’s deputy. Just the opposite - Armitage’s place in 911 history is assured because he was a director of ChoicePoint. ChoicePoint is the explanation of everything and nothing, the means justifying the means, founded on the sort of motives that turn some men, when they dwell on it, into hermits or existentialists. ChoicePoint and 911 were inseparable, "joined at the hip." It is no exaggeration to say that ChoicePoint has determined the country’s leadership, sacrificed thousands of innocent lives, moved the country into a  police state and paved the road to war.

The founder of the company "fell" off a roof in 1998. His name was Rozar  ("Razor" reversed). The obituary noted that Rick Rozar, a "former private  investigator," was a "benefactor to needy children." He "fell from the roof  at his Newport Beach home." He was 44 years old.

The tiny computer company Rozar started up in 1978 would evolve into one of the nation's leading public information brokers.

"Rozar, 44, was found by his fiancé about 3:45 p.m. Wednesday outside the  front door of his $3-million home on Bayside Drive, overlooking Newport Bay, police said." Cause of death: "’It appeared that Rozar was working on a  satellite dish system when he fell,’ said Newport Beach police Sgt. Mike  McDermott."

Rozar started-up CDB Infotek "as an insurance investigations business. He  foresaw a growing marketplace for computerized databases that would automate the process for investigators. Equifax's Insurance Services Group bought a majority stake in the business in 1996, with Rozar staying on as president and chief executive. "The company was later spun off as part of ChoicePoint Inc., a publicly traded company. He resigned when he sold his remaining interest this year."1

It was reported that Rozar "engineered the sale of 70% of the business two  years ago for more than $32 million, and sold his remaining interest this  year for an undisclosed amount." (Unfortunately, he only lived long enough  to spend a little of it - a $100,000 contribution to the Republican Party.)

Two years later, ChoicePoint purchased Database Technologies (DBT). This  company, based in Boca Raton, was founded by Hank Asher. The FBI had accused Asher of hob-nobbing with drug peddlers from the Bahamas. The Bureau went so far as to cancel its CBT data management contract for this very reason.2 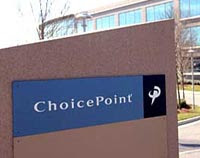 That was a hint that something might not be quite right at ChoicePoint. It wasn’t CDBInfotek anymore - ChoicePoint was an Orwellian octopoid in the works. The Guardian’s Tim Wheeler let drop his reporter’s instinctive caution in May 2003: "ChoicePoint Inc, a data-processing firm ... is notorious for purging Black and Latino voters in Florida to help George W Bush steal the 2000 election..."3

But there is no other way to interpret the documented interactions between  Katherine Harris and the executives of Database/Choicepoint ... in the last  analysis, it wasn’t Ralph Nader or even the Supreme court.

Greg Palast, with Katherine Harris’s e-mails and financial documents in  hand, reported on the causes of the 2000 election after the event. Recall  the chaos in Florida when ChoicePoint, inadvertently or not, "glitched" the  votes: "Recent studies say nearly one-quarter to 31 percent of black men in  Florida cannot vote ... The state's voter-purge project has critics doubting  both the accuracy and the motives of the state's contractor, Database  Technologies."

"Election supervisors in some counties -- including Palm Beach County --  declared the company's information too dubious to use." In a single glitch,  "the company mistakenly listed 7,972 people as possible felons, only to  acknowledge later that they had been convicted of misdemeanors..."4

This is not a portrait of a thriving democracy. This is fascism. Most  Americans are accomstomed, even habituated, to living with it, but this is  what fascism looks like.

"Glitches" do not discriminate along racial lines. Palast’s contemporaneous  reports from Florida stated clearly that the purged black and Latino votes  were NOT the result of a mishap. Laura Flanders at FAIR reported in late  2000, "many Floridians who found themselves ‘scrubbed’ off the voting rolls  WEREN’T PURGED ACCIDENTALLY.... Florida Secretary of State Katherine Harris paid a private firm, ChoicePoint, $4 million to ‘cleanse’ the voting rolls, and the firm used the state's felon ban to exclude eight thousand voters who had never committed a felony. ChoicePoint is a Republican outfit."5

"I am disappointed that, to my knowledge, the culprits haven't been legally  pursued to the fullest extent of the law. Instead, ChoicePoint continues to  get government contracts..." - Former U.S. Rep. Cynthia McKinney, D-Lithonia

Most native observers, swayed by media opinion formation, were unaware that the fix was in, and concluded that the purged votes could be explained away as computer error or KeystoneCop programming, or something else ... if it weren’t a step in an accelerated process of fascist imposition on the United States, not isolated or incongruous by any means. ChoicePoint is the product of privatization - like scores of other "independent" contractors that serve the classified sector - and performs many of the "dirty tricks" that were once the province of the FBI, NSA, CIA and other clandestine agencies...

"Dirty work" turns a handsome profit. Within a decade since its founding,  ChoicePoint’s fortunes are swelling. The company's "market capitalization  grew by $500 million in the year from Oct. 1, 2001, to $3.1 billion," according to the Atlanta Business Journals web site. A year after 911,  ChoicePoint was the eward winner in the public-large company category  (public companies with annual revenues exceeding $150 million)."6 The  company pulled in nearly $800 million in fiscal 2002 revenue.7 ...