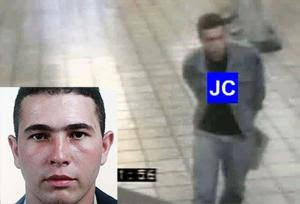 The inquest into the death of Jean Charles de Menezes, shot in error by police at Stockwell Tube station, could have been held in secret under the new rules

Plans to introduce secret inquiries into controversial deaths from which the public and bereaved families could be banned are to be pushed through the House of Commons by the Government.

Last night ministers suffered a humiliating defeat for the proposals in the House of Lords, but insisted that they were "clear" that "harmful material" must not be made public, and would reintroduce the measures in the Commons.

The new powers would allow them to turn inquests like that of Jean Charles de Menezes or those involving the deaths of British soldiers into secret hearings.
------
Related articles

• Robert Verkaik: Bereaved families have a right to know truth
• Leading article: Resist these attempts to make justice secret
------
Civil rights campaigners, peers and MPs attacked the Government for trying to sneak through an "abuse of power" which struck at the heart of Britain's ancient inquest system.

Baroness Miller, the Liberal Democrats' home affairs spokeswoman in the Lords, whose party tabled an amendment which succeeded in removing the secret inquiry clause, said that the Government had suffered a "self-inflicted" defeat.

She said: "Inquiries are a thing of the state and inquests are the thing of citizens. The Government could have come up with the correct conditions to guard against secrecy without setting up a parallel inquest system. It's not a good argument to say, 'But if you knew what we knew you wouldn't object.'"

The measure, buried in the Coroners and Justice Bill, gives the Lord Chancellor, currently Jack Straw, absolute discretion to order a secret inquiry in place of a public inquest. It could mean that inquests that might expose the negligence of government or a public body or embarrass ministers or foreign allies could be censored.

It comes less than six months after Mr Straw dropped proposals to hold sensitive inquests behind closed doors without juries from the Bill following widespread opposition. But the new plan has been quietly added to the Bill, in the shape of a provision allowing for an inquest to be suspended and a secret inquiry held in its place.

Liberty, the human rights group, said the illiberal powers would prevent bereaved families from discovering the truth about the death of a loved one.

Liberty's director of policy, Isabella Sankey, said: "It beggars belief that this rotten policy has been resurrected. It is thoroughly perverse for a Government that has spent over a decade lecturing the public about victims' rights to attempt to exclude bereaved families from open justice. When will New Labour's obsession with secret courts and parallel legal systems end? There is no accountability without transparency."

Deborah Coles, of the charity Inquest, said she was dismayed that the Government wanted to end the right to public inquests for all deaths: "This is yet another attempt to shroud in secrecy the details and actions of the most serious conduct of state agents."

The Government says that the change is aimed at allowing inquests to go ahead when sensitive information needs to be considered by the inquiry. Ministers point to the case of a 24-year-old Londoner, Azelle Rodney, shot dead by police in 2005. More than four years after he was killed, his family is still waiting for an inquest to establish the exact circumstances of his death. The case has raised concerns about the accountability of armed police and has fuelled accusations of a cover-up of a shoot-to-kill policy.

Mr Rodney was in a car with two other men what was stopped by armed police who had been tailing their vehicle. An officer fired eight shots into the side of the car at Mr Rodney, who was in the back. Six bullets hit him in the face, head, neck and chest. Police maintain that his behaviour made the officer believe he was about to fire a weapon.

The other two men were jailed after admitting possessing guns in the car. There is no evidence that Mr Rodney was holding a gun when he was shot.

The Rodney family has been told that an inquest into his death cannot go ahead because it would lead to the release of sensitive information about police operations. In 2007 the coroner presiding over a pre-hearing into the killing said police editing of information made under the Regulation of Investigatory Powers Act 2000 – which covers information obtained from covert surveillance devices such as telephone taps and bugs – meant it was not possible to hold a meaningful inquest.

Last night the Government pledged to overturn the Liberal Democrat amendment. A Ministry of Justice spokeswoman said it was important that an inquiry into any death should be able to hear all the evidence, even if it meant that part of the hearing should be closed to the public. She said to do otherwise would be a breach of a family's human rights. She added: "But it is also important that evidence is not allowed to harm police operations or the national interest."

She said: "Liberty's complaints are really about the terms of the Inquiries Act, which has been on the statute book since 2005. We have tabled some minor amendments in this Bill to give better effect to the policy, but those amendments do not lead to the lack of transparency and accountability that Liberty sets out."