The Wild West: Livingstone for Governor [?]

Related: Livingston-founded GlobalOptions, Inc. has Zero-Max and 9/11 Ties, also see Neil Livingston's link to DAN MOLDEA (an author who can't seem to find the CIA in anything), and LARRY FLYNT ... 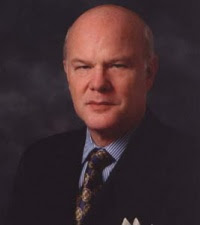 Neil Livingstone worked with Oliver North during the Iran/contra period and is now a beltway security consultant and terrorism pundit who publicly advocated for the war in Iraq and then made money advising companies doing business there. His controversial clients have included the powerful daughter of the dictator of Uzbekistan and he once helped a hired gun representing “a post Soviet entrepreneur indicted on 45 counts by the Feds” broker high-level meetings at the Justice Department.

“Think of us as a McKinsey & Company with muscle, a private CIA and Defense Department available to address your most intractable problems and difficult challenges,” he said when his current firm, Executive Action, opened for business.

Livingstone is also mulling over a run for governor in Montana. Current governor Brian Schweitzer, a Democrat, cannot seek reelection in 2012 due to term limits.

Last July, Livingstone reserved the domain name livingstoneforgovernor.com. He told my colleague Ted Trautman that he’s “in the early stages” of a potential run because he’s “been approached” by people suggesting it. He said he wouldn’t make any formal decision until after the 2010 mid-term election, but “presumably” he’d be running under the banner of the Republican party.

Livingstone is originally from Montana and says he maintains close ties there. “I feel I can make a difference,” he said, “and if other people feel I can, too, I’d like to give it a try.” His platform is necessarily vague, but he said that Montana had “not prospered in the way that other Rocky Mountain states have” in terms of business development. He mentioned an interest in “helping the state move forward in pragmatic ways,” such as coal mining, energy drilling and tourism.

Should be an interesting race if Livingstone throws his hat in the ring.

HELENA - Neil C. Livingstone, president of a global investigative and security business in Washington, D.C., said he is being asked by people to return to Montana to run as a Republican for governor or U.S. senator in 2012.

Livingstone, who had just returned from a trip to Pakistan, said in an interview Thursday, "This took me a little by surprise. It's very early at this point."

He said he is "flattered" by the interest of those wanting him to seek office in Montana and will consider the possibility.

Democratic Gov. Brian Schweitzer is term-limited and cannot seek re-election in 2012. Sen. Jon Tester, D-Mont., is up for re-election then.

His possible candidacy was first reported by Intelligence Online [a pay site] on the Internet. In its Oct. 29 edition, the newsletter had a story headlined: "Gumshoe to Run for Governor."

It said Livingstone is thinking about running for governor, bought a house in Helena on Oct. 5 and, since this summer, has owned this Internet domain name: Livingstoneforgovernor.com.

Livingstone was raised in Helena. He is president and chief executive officer of ExecutiveActionLLC. He was founder and until November 2006, CEO of GlobalOptions Inc., which went public in 2005 and has sales topping $80 million annually.