Death of Patriotism: How National Pride is 'Under Threat by a Global Super-Elite' 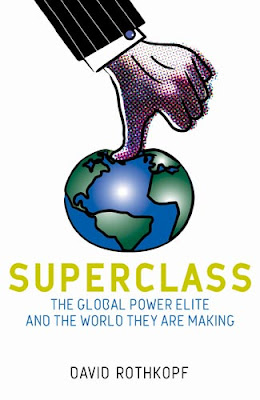 Proud to be British: Olympic 400m champion Christine Ohuruogu
Patriotism is back in fashion. With the Union flag flying high over Beijing after the golden success of our Olympic athletes, the British public has been given a rare opportunity to indulge in unbridled expressions of national pride.

Yet, in our ever more globalised world, instinctive patriotism is being diluted. The concept of nationhood has been undermined by mass immigration and the imposition of the dogma of multi-culturalism.
Our economy is increasingly tied up with the global financial system, dominated by multinational giants which see borders as irrelevant. Supra-national bodies, such as the UN and the EU, have a mounting influence over our political governance.

The idea of national interest is sliding towards the dustbin of history.
Only last month, in a rhetorical and extravagant speech to the Israeli parliament, Gordon Brown called on the nations of the world to ensure that our era becomes ‘the century of the global community’.

In one overblown passage, he pledged to ‘make a reality of the vision of a global society in which we create global civic institutions that turn words of friendship into bonds of human solidarity’.

Not to be outdone, David Cameron has joined this enthusiasm for earnest globalism.

During his controversial visit to Rwanda last summer, when there was severe flooding in his own Oxfordshire constituency, he claimed: ‘There is no domestic or foreign any more. In this world today, we are all in it together.’
As Brown argued, a central part of this globalist vision is the creation of a new corporate and political network which would operate far beyond the level of individual nations.

Such a structure used to be the goal of Utopians, who believed that harmony on Earth could be achieved only by embracing world government.
H. G. Wells, the science fiction writer and socialist philosopher, was a passionate advocate of a ‘permanent world congress’ and specialised international agencies which would spell the end of the nation state.

Patriotism, he believed, was ‘mere flag-waving with no constructive duties’.
The establishment of the United Nations in the aftermath of World War II was seen by some as a move towards world government, but in the decades that followed, national self-rule remained as powerful as ever, fuelled in no small part by the Cold War, which deepened divisions between East and West.

But in the opening years of the 21st century, we may now actually be heading towards the creation of an informal kind of world government. This development has been accompanied by no fanfare or official edict.
Yet, hidden from the cameras and the public, crucial decisions about our lives are being taken by a global elite which has no roots in any single country.

This international group of business leaders, bankers and politicians might not be the official world congress that H. G. Wells envisaged, but it is perhaps all the more influential precisely because it operates behind the scenes at remote conferences and clandestine meetings.

The nature of this global elite is revealed in a new book by the American writer and political analyst David Rothkopf.

In Superclass, which has attracted wide interest in the United States, he argues that there are 6,000 people in this unique set who wield growing influence over the six billion people on our planet.

Apart from the fact that this elite is mainly white and male, what really distinguishes its members are the twin characteristics of enormous power and unprecedented wealth. Though many political leaders are included in Rothkopf’s 6,000-strong superclass, as well as the heads of the world’s two biggest religions, Islam and Christianity, the real power in the elite is derived not from formal office but from private enterprise.

Around two-thirds of its members are from commerce, such as the Mexican telecoms tycoon Carlos Slim Helu, one of the richest men in the world with a fortune worth more than £30billion.

Through his acumen, Helu now controls 94per cent of all Mexico’s landlines and 70per cent of his country’s internet market, a near monopoly that he has used to crush his competitors and boost his wealth to such an extent that his earnings last year were the equivalent of 8per cent of Mexico’s GDP.
The statistics concerning the riches of the global elite are staggering.
According to Rothkopf, the top 1 per cent of the world’s most prosperous people own 40per cent of the planet’s global wealth. Furthermore, the combined net worth of the 1,000 richest people in the world is twice that of the poorest 2.5 billion.

The massive influence of the bosses of the global multinationals is also reflected in the fact that at least a third of the world’s entire wealth — estimated to be worth £25trillion — is produced by just 250 companies.
As the process of globalisation accelerates, so the resources of the richest are becoming ever larger.

In Britain alone during the past 17 years, the super-rich have seen their income go up by an astonishing 600 per cent, at a time when retail prices increase by only 60 per cent.

The rise of the global elite has been made possible, in part, by the revolutionary changes in transport, communications and information technology over recent years.

Not only have these developments helped the rich and powerful transcend national boundaries, they have also reinforced the elite’s ability to distance itself from the public.

Equipped with their mobiles, bullet-proof limousines, luxury hotel suites and apartments, attendants, laptops and private jets, the superclass can move in a realm far beyond the gaze of ordinary citizens.

As Rothkopf points out, the Gulfstream private jet, costing around £28 million and customised to the user’s wishes, is the ultimate symbol of membership of the elite, treated by many executives ‘like very large BlackBerries’.

Whereas half the people of the world will never venture outside their own village during their lifetimes, the elite are continually whisked in luxury from one exclusive meeting to another.

The growth in private air travel has spurred the eagerness of the elite for their own conferences to discuss global affairs, such as the World Economic Forum at the snow-capped Swiss resort of Davos.

Like the elite itself, the annual Davos gathering is dominated by the major corporations, who each pay £150,000 in fees to support the forum — though politicians and celebrities are also keen attenders.

Typical of the latter group is the singer Bono, a veteran campaigner for Africa, who, like so many pop icons, manages to combine adolescent rebelliousness with insider status at the heart of the global Establishment, thanks to his wealth and fame.

Bono’s description of Davos as ‘fat cats in the snow’ might be more cutting if he were not one of the fattest cats on the celebrity circuit.

There have, of course, always been elites in every advanced society since the dawn of civilisation. The glories of ancient Rome and Athens were built on the achievements of a narrow patrician class, as was the Victorian British Empire.

But the crucial difference is that today’s global elite is not dedicated towards furthering any national interest, but the opposite.

Suspicious of nationalism, borders and sovereignty, it is driven by the desire to shape global economic forces for the furtherance of wealth creation, not least for themselves and their companies.

Sheltered from their own societies, they have more in common with each other than with people from their countries of origin.

Klaus Schwab, the founder of the Davos forum, argues that revolution in technology and markets means, ‘we are moving from a national dimension to a global dimension’, so new structures of international governance are inevitable.

The shift towards greater influence for the global elite can be
seen all around us. In the world’s ten biggest companies, 60per cent of their revenues came from outside their countries of origin, and 59per cent of their workforces were employed overseas.

The same picture can be seen just by taking a stroll down one of the most exclusive streets in London, Kensington Palace Gardens, ‘one of the showcase addresses of the superclass’, to use Rothkopf’s words.

ONE of the homeowners there is the steel magnate Lakshmi Mittal, who is said to have paid £30million for his house in 2004. Also living in the street are the British property mogul Jonathan Hunt and the Russian Len Blavatnik, who made his billions in oil and aluminium.

The idea of a sinister global elite, controlling world events, has long been the stuff of conspiracy theories. Extreme anti-Semites, including Nazis and Islamic hardliners, have clung to the belief that behind Western capitalism is a worldwide Jewish conspiracy.

Others have warned of malign global plots by the Catholic Church, the Freemasons or the CIA.

David Icke, the former BBC presenter turned eccentric campaigner, has even claimed that the world is governed by a secretive grouping called the Illuminati or Babylonian Brotherhood, a cadre of alien reptilians who can take human form.

In contrast to this outlandish nonsense, Rothkopf does not see anything especially sinister or conspiratorial in the emergence of the new global superclass.

He points out that their membership changes regularly, partly due to varying performances by businesses, partly because of loss of political office.

There is no sense of this new group being a closed shop, unlike plutocracies of the past whose membership depended on birth.

None of the new elite is a tyrant or a dictator bent on upholding totalitarianism. In fact, many — such as Bill Gates, the founder of Microsoft — are philanthropists.

Neverrtheless, it would be wrong to be too sanguine about the influence of the superclass.

No matter how allegedly benign it is, the new elite is utterly unaccountable.
The point of democracy is that leaders should be accountable for their decisions, giving the public the ultimate say over the government.
That process is bypassed by the new elitists as they huddle together at Davos or the World Bank or UN.

This might have been said in jest, but the march of globalisation is destroying political representation.

We have seen within the EU how the unelected institutions of Brussels have made a mockery of this in their determination to create a federal superstate run by an unaccountable elite.

The recent Lisbon Treaty will only hasten the decline of the national freedoms by strengthening the centralist powers of the EU Commission.
Nor can it be said that the new elite has been a great success in running the global economy.

For all its supposed expertise, this new breed has dragged the developed world to the precipice of recession through its irresponsible decisions and failure to oversee global markets effectively.

Meanwhile, the vast disparities in wealth across the world continue to worsen, making the ostentatious wealth of the elitists appear all the more obscene.

Above all, the new elite runs counter to human nature in its indifference to nationhood.

The super-rich might not care about national loyalties, but most ordinary citizens do, as the joy over the Olympics proves.

Contrary to what globalist sophisticates might think, there is nothing unedifying or crude about patriotism. The need for a sense of belonging is one of the most natural of all human impulses. And it is a noble sentiment, signifying a concern for one’s fellow countrymen and women.

Vague talk about global citizenship can never be a substitute for genuine patriotism. In the end, the triumph of the superclass will only destroy our freedom, our democracy and our very identity.

• SUPERCLASS: THE GLOBAL POWER ELITE AND THE WORLD THEY ARE MAKING by David Rothkopf is published by Little Brown at £20.