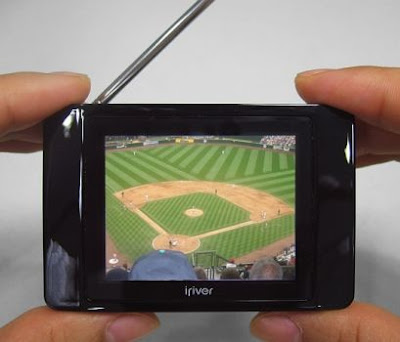 Digital TV means four to ten times as many channels for each and every broadcaster with no obligations to the public. The FCC quietly awarded broadcasters this colossal gift of public property worth $70-$80 billion during the Clinton administration back in 1996. In the 12 years since, under Democratic and Republican presidents alike, corporate broadcasters and their stooges at the FCC have diligently peddled the cover stories that digital TV is all about the advent of high definition television, and that the only nagging questions are how and whether enough converter boxes will be available for consumers who can't or won't buy brand new TVs.

In a final act of brazen misdirection to conceal this grand theft digital, FCC Commissioners are scheduled to tour dozens of cities between now and February 18, 2009, doing a lot of talking, but not much listening.

All most of us know about the transition to digital TV are two things. The first thing we know is that some people will need converter boxes on their old TVs to receive the new digital broadcasts. The second thing we know is that digital broadcast technology will enable high definition TV. As far as corporate broadcasters and the FCC are concerned, that's all we need to know, and those are the boundaries of legitimate public discourse.

What the FCC and broadcasters are actively concealing from the public is that digital broadcasting technology enables thousands of new digital TV channels on the public broadcast spectrum, all of which broadcasters have allocated to themselves without the inconvenient public scrutiny issuing thousands of new station licenses might have attracted. Thus minorities and women, local entrepreneurs, colleges and universities, community, civic and labor organizations and local governments who otherwise might acquire a portion of the new digital TV channels and used them to broadcast local news, arts, information and public service in hundreds of U.S. markets have been frozen out of the chance to serve the public over the public's airwaves without even the bother of public explanation or debate.

Utterly captured by the private broadcasters it is supposed to police and regulate, the FCC has been tasked with selling this piece of grand theft digital as a public service, and farmed out the job to the notorious PR firm of Ketchum Communications.

According to PR Watch, Ketchum Communicaitons are past masters of corporate disinformation, responsible for a string of suspect activities including:

Drafting ads for tobacco firms denying the links between smoking and disease, and promoting the myth that low-tar cigarettes are somehow less deadly; Co-ordinating PR for the KOOL Jazz Festival, intended to pretty up the name of Big Tobacco; Running fake business-funded science organizations touting the "safety" of pesticides, hormones and food additives; Spying on, smearing and facilitating the firing of pro-environmental FDA scientists; Recommending, as early as the nineties, the labeling of environmentalists as "terrorists", and the suing of investigative journalists, and conducting a 30 city PR blitz against an EPA report on the health; Covertly hiring TV host and syndicated columnist Armstrong Williams to discredit public education and shill for the administration's No Child Left Behind Act, and manufacturing dozens of fake video news releases which were distributed to hundreds of TV stations where they were broadcast as news.

Predictably, Ketchum's elaborate "public education" campaign on digital TV makes no mention of any obligations broadcasters might have to serve the public over publicly owned spectrum. It is calculated to confine public input on the DTV transition to those things the public must do in order to passively consume whatever commercial broadcasters decide to give them.

As part of this campaign, the FCC has announced plans to send staffers and commissioners to 80 cities across the country in what looks suspiciously like a "Not Listening Tour" between now and February 18, 2009. With few exceptions, FCC staffers and commissioners will be totally unprepared to explain their complicity in handing over the digital airwaves to commercial broadcasters who not only don't have programming for the new channels, but who will probably squat on the new frequencies till some profitable use appears. For the most part, the FCC won't be entertaining questions about why broadcasters are not obligated to broadcast news, local public service or other local content on the new channels, or why consumers ought to prize high definition TV over high quality content. The FCC will be talking. But it won't be listening.

Back in 2003, the FCC's OK of unlimited consolidation of print and broadcast media inspired a wave of public revulsion which almost nobody predicted, and almost nobody in the mainstream print and broadcast media reported. Nonetheless, it resulted in millions of letters and emails to the FCC, millions more signatures on petitions to Congress, and consequent intervention by the courts and congress nullifying the FCC's decree. It also resulted, to hear some tell it, in the formation of a self-aware movement for media justice in cities and towns around the country. If such a movement really exists, this may be its defining moment. ....