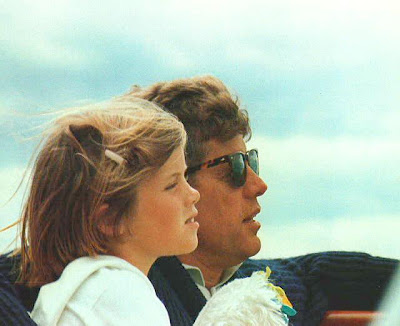 UPI/Sept. 14, 2008: "Dr. Cliff Spiegelman of Texas A&M University says the composition of bullet fragments from the Kennedy shooting did not match the composition of bullets from the same manufacturer. Spiegelman, a statistics professor, said the fragments found weren't nearly as rare as a government expert witness, Dr. Vincent Guinn, determined. He said all five fragments came from two bullets fired by Oswald. A third shot missed. 'The claim was made that those five fragments could only have come from two bullets,' Spiegelman said. 'Our research showed it could have been two or more. And if it is more than two, there is an increased likelihood that someone else provided one of them.' ... "
http://www.upi.com/Top_News/2008/09/14/JFK_study_questions_lone_gunman_theory/UPI-24481221430548/
•••••••
JFK bullet analysis doesn't rule out more than one gunman
By MICHAEL E. YOUNG
Dallas Morning News
September 14, 2008
myoung@dallasnews.com

Use the latest scientific techniques to poke a hole or two in official findings on the Kennedy assassination and suddenly you have lots of new friends – and lots of enemies.

Cliff Spiegelman of Texas A&M University led a team of researchers that compared bullets from the John F. Kennedy assassination with ones from the same manufacturer. He says there could have been two or more gunmen.
Forty-five years after President John F. Kennedy was killed in a Dallas motorcade, the details surrounding his death remain topics of endless debate for those who see conspiracies and those who disagree.

Cliff Spiegelman will testify to that.

The professor of statistics at Texas A&M University organized a six-member team that compared the composition of bullet fragments from the JFK shooting with other bullets from the same manufacturer.

The group found that those fragments weren't nearly as rare as the government's expert witness concluded in 1976, when Dr. Vincent P. Guinn determined that all five fragments came from two bullets fired by Lee Harvey Oswald. A third shot missed.

"The claim was made that those five fragments could only have come from two bullets," Dr. Spiegelman said. "Our research showed it could have been two or more.

"And if it is more than two, there is an increased likelihood that someone else provided one of them."

Many of the test bullets showed the same "chemical composition," and one matched fragments from the assassination bullets, he said.

Hence the title of the group's paper: "Chemical and Forensic Analysis of JFK Assassination Bullet Lots: Is a Second Shooter Possible?" The team was honored by the American Statistical Association with its 2008 Statistics in Chemistry award.

The study doesn't say there were two or more gunmen, only that the single-gunman theory can't be supported by science. ...

[O]thers attacked details of the study, citing things like the bullets' manufacturer, mentioned at one point as Winchester, then as the Western Cartridge Co.

Stuart Wexler, a 32-year-old teacher from New Jersey, joined the team and provided the test bullets, acquired during a two-year search of eBay auctions, shooting sites and online newsgroups.

"Finding those bullets was incredibly tough," Mr. Wexler said. "There are a lot of Carcano rounds out there, but not a lot of Western Carcano rounds."

Yes, they were made by Western, which acquired Winchester in 1931, he said.

Even now, a year after the study's publication, Mr. Wexler is amazed at the response.

"There was a tremendous amount of buzz," he said. "Unfortunately, a number of the international headlines overstated our conclusions. Some of it was almost pure propaganda." ...