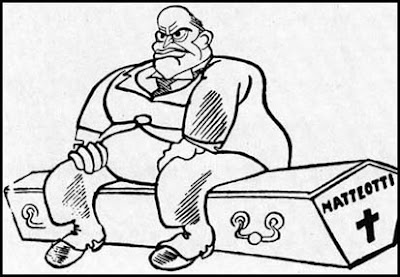 Rome's mayor, former neo-Nazi youth leader Gianni Alemanno, caused controversy on Sunday by saying he "does not and never has" considered fascism to be "absolute evil." Prime Minister Silvio Berlusconi's government has faced accusations of racism and fascism since coming to office in May, mostly for its tough stance on illegal immigrants and crime.

La Russa, speaking at a memorial for anti-fascists who fell defending Rome from German occupation, also recalled the "Nembo" parachute division from Mussolini's "Salo Republic" who fought alongside the Germans against the Allies.

"I would betray my conscience if I did not recall that other men in uniform, such as the Nembo from the RSI (Italian Social Republic) army, also, from their point of view, fought in the belief they were defending their country," the minister said.

Hundreds of Italian soldiers and civilians died in September 1943, just after an armistice was signed between the Allies and Italy, trying to stop the Germans from seizing control of Rome.

Italy's centre-left opposition accused La Russa and Alemanno of revisionism. Alemanno said in an interview published while he happened to be visiting Israel that while Mussolini's race laws "were absolute evil", the whole fascist movement could not be condemned in the same terms.

"Many people joined up in good faith and I don't feel like labeling them with that definition," said Alemanno, who has tried to defuse criticism of his neo-Nazi past by meeting Rome's Jewish community and visiting monuments to Nazi victims.

Mussolini ruled Italy for more than two decades, allying it with Nazi Germany and enacting anti-semitic laws that ousted Jews from schools and public jobs and ultimately led to the death of nearly 6,000 Italian Jews in Nazi camps.