Pentagon Investigated Lasers that put Voices in your Head 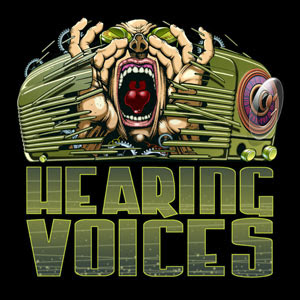 The full unclassified Army report, released under FOIA: Bioeffects of Selected Non-Lethal Weapons. (TY to Benjamin Parish for the lead)

A recently unclassified report from the Pentagon from 1998 has revealed an investigation into using laser beams for a few intriguing potential methods of non-lethal torture. Some of the applications the report investigated include putting voices in people's heads, using lasers to trigger uncontrolled neuron firing, and slowly heating the human body to a point of feverish confusion - all from hundreds of meters away.

A US citizen requested access to the document, entitled "Bioeffects of Selected Non-Lethal Weapons," under the Freedom of Information Act a little over a year ago. There is no evidence that any of the technologies mentioned in the 10-year-old report have been developed since the time it was written.

The report explained several types of non-lethal laser applications, including microwave hearing, disrupted neural control, and microwave heating. For the first type, short pulses of RF energy (2450 MHz) can generate a pressure wave in solids and liquids. When exposed to pulsed RF energy, humans experience the immediate sensation of "microwave hearing" - sounds that may include buzzing, ticking, hissing, or knocking that originate within the head.

Studies with guinea pigs and cats suggest that the mechanism responsible for the phenomenon is thermoelastic expansion. Exposure to the RF pulses doesn´t cause any permanent effects, as all effects cease almost immediately after exposure ceases. As the report explains, tuning microwave hearing could enable communicating with individuals from a distance of up to several hundred meters.

"The phenomenon is tunable in that the characteristic sounds and intensities of those sounds depend on the characteristics of the RF energy as delivered," the report explains. "Because the frequency of the sound heard is dependent on the pulse characteristics of the RF energy, it seems possible that this technology could be developed to the point where words could be transmitted to be heard like the spoken word, except that it could only be heard within a person´s head. In one experiment, communication of the words from one to ten using ´speech modulated´ microwave energy was successfully demonstrated. Microphones next to the person experiencing the voice could not pick up these sounds. Additional development of this would open up a wide range of possibilities."

The report predicts that communicating at longer distances would be possible with larger equipment, while shorter range signals could be generated with portable equipment. Putting voices in people´s heads could cause what the report calls "psychologically devastating" effects. The technology might even allow for communicating with an individual hostage surrounded by captors, although this would require "extreme directional specificity."

With another weapon, electromagnetic pulses could be used to disrupt the brain´s functioning, although this technology was still in the theoretical stages at the time.

Under normal conditions, all brain structures function with specific rhythmic activity depending on incoming sensory information. Sometimes, the brain synchronizes neuronal activity in order to focus on a specific task, but the degree of neuronal synchronization is highly controlled. However, under certain conditions (such as physical stress or heat stroke), more areas of the brain can fire in a highly synchronized manner, and may begin firing uncontrollably.

The report describes a method for replicating this highly synchronized neuron firing across distances of several hundred meters. High-voltage (100 kV/m) electromagnetic pulses lasting for one nanosecond could trigger neurons to fire, disrupting the body´s controlled firing activity. Short-term effects may include loss of consciousness, muscle spasms, muscle weakness, and seizures lasting for a couple minutes. These high-voltage pulsed sources, which would require an estimated frequency of 15 Hz, exist today.

Another form of non-lethal torture described in the report is microwave heating. By raising the temperature of the body to 41°C (105.8°F), humans can experience sensations such as memory loss and disorientation, and exhibit reduced aggression. According to the report, humans can survive temperatures up to 42°C (107.6°F), at which time prolonged exposure can result in permanent brain damage or death.

While the investigations reveal intriguing techniques for non-lethal torture, the report does not mention plans for carrying out specific experiments or studies in the future.