Austria: Nation that Refuses to Face Up to Nazi Past 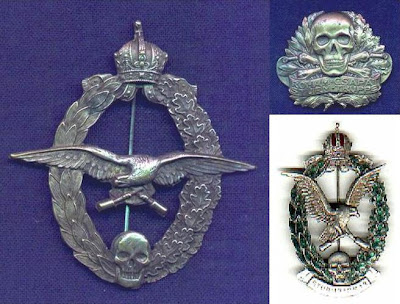 THERE is something rotten in the psyche of Austria that allows a protest vote against mainstream political parties to morph into an endorsement of the extreme right.

Make no mistake: getting a third of a country to put their X next to the names of men who think SS soldiers were honourable, who want to deport any immigrant caught so much as shoplifting and who want to repeal a law banning Nazi imagery, takes more than mere political chicanery.

It takes a national will. The victory for the immigrant-hating, Nazi-idealising rightist parties on Sunday was a stunning example, if any more were needed, of this land's inability to deal with a monstrous past.

So it is denied, and in denial comes ignorance spawning fear, hatred and despair. Then come the scapegoats: not Jews this time, but foreigners who wear different clothes. This is the baseness that Heinz-Christian Strache and perennial bogeyman Joerg Haider appealed to to take so many votes.

Lurking behind the delicatessen shop fronts and the strudel, the Mozart festivals and the mountain scenery, is the notion among many that the Nazis were a good bunch.

Why is Austria like this? What makes an educated, technocratic land retreat to an illusory comfort zone offered by tub-thumpers whose idea of tolerance is gossamer thin and whose social policies are framed in two words: "immigrants out"?

The answer lies in its illimitable capacity for self deception – and a continued unwillingness to confront its central role in supporting Nazism during the Third Reich.

Austrians flinch and groan when they read this. "Not again!" they cry. "Always foreigners trying to teach us about our past! Always harping on about the war!"

Yet the message must continue to be rammed home because many Austrians, unlike the Germans, have never come to terms with what was their unflinching, almost universal, and certainly shameful support for the Nazis and their policies.

One great myth still haunts the country – that Austria, subsumed as it was into the Reich in March 1938, was "Nazism's first victim" rather than its arch-enabler. This dangerous untruth was greedily eaten up by the post-war generation and various attempts – through education, exhibitions and academic debates – have failed to shift it.