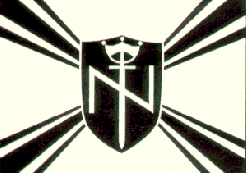 ALBUQUERQUE, N.M. — Two officers of the white supremacist Aryan Brotherhood of Texas have been convicted of conspiracy to murder a former Otero County sheriff's deputy and distribute methamphetamine.

Jurors convicted the pair Tuesday but hung on charges against a third Aryan Brotherhood member, James Curtis Thompson, one of the group's five top generals. 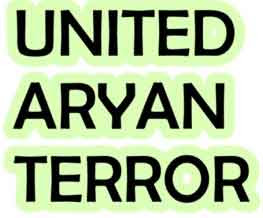 Anders was targeted after he responded to a domestic violence call and fatally shot Earl Lee Flippen, who had been wounded and was handcuffed at the time, after Flippen killed Anders' partner in a gunfight.

Anders was sentenced in March 2006 to a year in prison after pleading guilty to voluntary manslaughter in Flippen's death.

Prosecutors argued that brotherhood members communicated their plan to kill Anders using coded notes that reached behind prison walls. The plot was never carried out.

U.S. District Judge William P. Johnson declared a mistrial on a murder conspiracy count against Thompson after the jury could not reach a verdict.

U.S. Attorney Greg Fouratt said his office intends to retry Thompson on that charge and on charges related to tampering with a witness and mailing a threatening communication.
Posted by Alex Constantine at Saturday, October 11, 2008