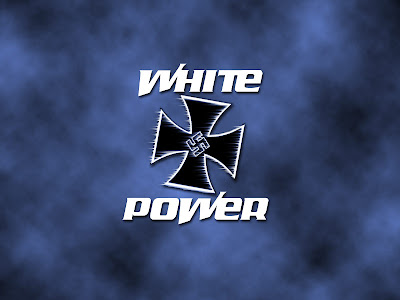 A group seemed to announce its arrival in Morris County with anti-illegal-immigration fliers left on Roxbury driveways a couple of weeks ago. The same group left more fliers in Roxbury this past weekend, this time with a racially charged message:

"Do you want a black president?" the group asked in the fliers.

The fliers went on to say black-ruled nations are the most unstable in the world, citing Haiti, and contained unflattering pictures of Democratic presidential candidate Barack Obama.

Morris County Prosecutor Robert Bianchi said in a statement Tuesday that while the fliers distributed this past weekend are "reprehensible," they don't violate any laws.

They were distributed by a white nationalist group that calls itself the League of American Patriots. The man behind that group is Alex Carmichael, an attorney who recently moved from Garfield to Butler and who declined an interview request Tuesday from behind a closed door at his apartment in a two-family house on High Street.

"Afraid not," he said when asked for an interview. "I'll let you know if I will be doing interviews."

Carmichael is an active attorney, according to state officials, and recently sued the head of another white supremacist group in Bergen County on behalf of himself and the League of American Patriots. He claims in the suit that Bill White of Overthrow.com defamed him by publishing false statements about his relationship with Kevin Strom, former head of the now-disbanded National Vanguard white supremacist group. White said on Tuesday that he expects the suit to be thrown out.

Joe Kaufman, chairman of Americans Against Hate, said it's common for members of hate groups to attack one another on Internet sites devoted to the white supremacist movement, such as Stormfront.com.

"I see that on Stormfront a lot," Kaufman said. "They attack each other. That's normal for these people."

Strom, who lives in Virginia, had been convicted of possessing child pornography and was released from federal prison earlier this month. He said in an e-mail Tuesday that he has no connection to Carmichael.

"I have no knowledge whatever of Mr. Carmichael's group and so I regret I cannot be of any assistance to you," Strom said in the e-mail. He added in another e-mail that he didn't even know Carmichael, saying, "I cannot recall the name."

Heidi Beirich, a spokeswoman for the Southern Poverty Law Center, which tracks such organizations, said Carmichael is known to her group.

"He's been around neo-Nazi circles for a long time," she said.

It's not clear how many members Carmichael's group has, other than himself. It posts notices on Stormfront, and on its own site claims to have had "almost 20 patriots" in attendance at a summer barbeque held in an unnamed Morris County park.

The site says group membership "is restricted to adult heterosexual men and women who are entirely of European Christian ancestry." It also says its recent organizational meeting, held earlier this month, was a success because of literature handed out at heritage festivals, concerts and residences.

This past Saturday, Glenn Majeski walked out of his Roxbury home and thought someone left a flier for a lawn mowing service. It was the flier focusing on Obama, with a phone number for the League of American Patriots and a Web address.

"It was quite shocking for this to come to Roxbury," Majeski said.

Etzion Neuer, director of the New Jersey office of the Anti-Defamation League, said his group has been watching Carmichael's organization for months. Two weeks ago, he said a Roxbury resident sent him a copy of a flier the group left on a driveway about illegal immigration. He said some white supremacist groups have latched onto the issue of illegal immigration because of its popularity.

"The ADL has been concerned about the rise of extremist organizations using the immigration issue as a recruiting tool," he said.

Lew Candura, the Morris County Democratic Party chairman, said he received a call from another Roxbury resident about the Obama fliers. He said he didn't expect them to influence anyone.

"Most people will take it for the garbage it is," Candura said. "I was appalled by it."

Bianchi said in a statement that his office had examined the Obama fliers and would continue to monitor the situation, saying he would prosecute anyone who crosses the line to commit a bias crime.

"I have evaluated this reprehensible literature and have been vigilantly monitoring this serious issue," Bianchi said in the statement. "Legally, however, this type of flier is protected speech covered pursuant to the First Amendment of the United States Constitution. ... I am, however, very sympathetic to the concerns of the community at large, and especially the African-American community in particular."