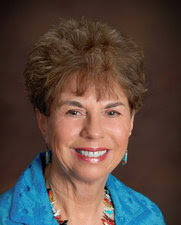 She questions what the issue has to do with her capacity to serve.

Bell, a Republican, said she and her husband, Robert Bell, joined the society in 1964 after Republican Barry Goldwater lost his bid for the presidency.

"And guess what?" Bell said. "The world hasn't ended, and I haven't caused any chaos."

The conservative John Birch Society, meanwhile, has caused its fair share of controversy.

Established in 1958 by Robert Welch Jr. to fight the threat of communism, the society believes that internationalists have been working behind the scenes for decades to undermine America's sovereignty.

On illegal immigration, for example, the Birch Society Web site asserts that "in short, the border remains open and the federal government is doing nothing of substance to close it because it is Bush administration policy to merge with Mexico and Canada and actually abolish both borders."

Bell said she agrees with the statement.

"I believe that George Bush is an internationalist and that he does believe in a global world, and I'm protective of our sovereignty," she said.

But Bell questioned what the issue — or her membership in the Birch Society in general — has to do with her capacity to serve as District 2 county commissioner.

"My membership in the John Birch Society will have no effect on my decisions as a county commissioner other than our shared belief in limited government, lower taxes and open government," she said.

Bell has often said she will not support any new taxes if she is victorious against her Democratic opponent, Karen Keith, in the Nov. 4 election.

Asked Friday whether she would maintain that position if the county faced a financial crisis, Bell said that, short of some life-or-death emergency, she likely would not support raising taxes.

"I just don't think raising taxes is the right answer most of the time," she said. "We're in a troubled economy, so raising taxes just doesn't seem like a solution to me."

Instead, she said, she would look to fund projects through existing revenues, such as excess Vision 2025 money.

Keith has acknowledged that her husband, Pat Malloy, donated to the organization, but she said she has no affiliation with the group. Federal Election Commission records indicate Malloy gave $750 over the past two years.

"If we want to talk about what we've been doing for a lifetime," Keith said, "we'll talk about my lifetime of community service, beginning with 4-H as a kid and including the Brookside Business Association and the Rotary Club of Tulsa."

Bell's ties to the John Birch Society reflect a "lifetime association and commitment to an organization that doesn't believe in government," Keith said.