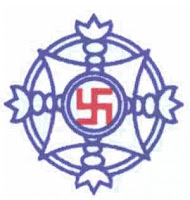 " ... In Estonia, a memorial complex for Belgian, Dutch and Norwegian Waffen SS men who fought against the Red Army has been put up with EU sponsorship. ... "


As nearly 30% of Austrian voters back the extremists ... The far-Right and a chilling wake-up call to all of Europe
By MARK ALMOND
29th September 2008

The dramatic surge in votes for the radical Right in Austria's general election has set alarm bells ringing all over Europe.

Almost one-in-three Austrians voted at the weekend for one of two far-Right parties. The first is headed by a candidate who used to attend paramilitary rallies where members dressed up in outlawed fascist uniforms; the second is led by a man who praised the wartime service of Waffen SS men.

Both parties campaigned on anti-immigration and anti-European Union platforms and their success has delivered a stunning blow to Austria's centrist political establishment.

Austria is, of course, the country of Hitler's birth and any sign of a fascist revival serves as an unnerving reminder of this fact. While Germany has largely overcome the darkest pages of its history by laying them bare and facing up to its past, Austria never underwent this catharsis. The country is still in denial and has fought to gloss over or even lie about its unsavoury role in the rise of the Third Reich.

Its people have always maintained Austria was a victim of the 1938 Hitler's Anschluss, when German troops simply marched in and annexed the country. The truth is that the Nazis were welcomed with open arms. Of course there were Austrians who opposed Hitler and despised the Nazis. But The Sound of Music's von Trapp Family, who loathed and fled from a Nazi-occupied Austria, were the exception rather than the rule.

For decades, this fetid Nazi can of worms has been kept successfully buried. But occasionally, it pops up inconveniently. There was the storm over Kurt Waldheim some 20 years ago, for example, when the Austrian President and former UN Secretary General was shown to have lied to cover up his wartime service in Hitler's army of occupation in the Balkans.

Then, in the general election of 1999, the far-Right Freedom Party, under the leadership of Jorg Haider, took a quarter of the votes and joined a conservative coalition government. Austria suffered international isolation and its pariah status was quickly underlined when Europe imposed sanctions. Support for Haider's far-Right slumped in subsequent elections, but now he is back [well, dead, actually, since the publication of this aticle] and the Austrian establishment is once again suffering convulsions.

Leading a new party, The Alliance for the Future of Austria, Haider took 11 per cent of the vote this weekend.

One of his former party colleagues, Heinz-Christian Strache - who founded his own far-Right Freedom Party - took 18 per cent.

Both these men have distinctly murky pasts. Haider's parents were Nazis and in 1991 he had to resign as governor of the Austrian state of Carinthia after praising the employment policies of the Third Reich.

In a debate in the regional parliament, a speaker had attacked Haider's plan of reducing unemployment payments for people seen as 'freeloaders', calling it forced work placement reminiscent of Nazi policies.

Haider replied, 'It would not be like the Third Reich, because the Third Reich developed a proper employment policy, which your government in Vienna has not once produced.'

A few years later, he said the Nazi SS was 'a part of the German army which should be honoured'.

Strache, meanwhile, has been tainted by photographs which show him attending militant gatherings of neo-Nazi groups.

Like Haider, Strache appeals to a sense in Vienna of being 'swamped' by migrants and demands that they be repatriated - not least because the downturn in economic conditions will mean everyone competing for a dwindling pool of jobs.

He has campaigned for a ban on all Islamic dress saying it makes women look like 'female ninjas' - a pejorative reference to Japanese martial arts experts in camouflage. He also wants to overturn laws banning the display of Nazi symbols such as the swastika.

But why have these two ogres of the Right suddenly risen to prominence? For decades Austria has been run on a cosy consensus between the two main parties, one ever so slightly centre-left and the other just a little right of centre. So long as things went well economically, then the Austrian Socialists and the People's Party routinely shared out 80 per cent plus of the votes between them. Now as times get tough, the old politics no longer work.

As inflation, the credit crunch, immigration and the unaccountable EU become issues that the big parties don't seem able to deal with adequately, the radical Right-wing leaders have attracted growing support.

And worryingly, it would be a mistake to see what has happened in Austria as just a local phenomenon. What should concern us is whether the country is setting a European trend. After all it is not just in Austria that the respectable big parties - with their liberal consensus politics - have come to resemble each other like peas in a pod.

It is not just Austria which - under the pressure of unprecedented waves of immigration - has begun to ask whether its national identity can survive.
For all the sound and fury of party conference season here, can you slip a cigarette paper between Gordon Brown's approach to the credit crunch and that of David Cameron, or Nick Clegg?

Across Europe, consensus has ruled politics since the 1980s. It made sense for a generation but now Europe is buffeted by economic storms not seen since the 1930s. Add to that the growing voter disillusionment with an EU to which the political class remains wedded, and you have a profound loss of confidence in the main political parties.

For decades the EU has justified itself as being the body through which Europeans can put the horrors of the Nazi period behind us. Yet ironically on Sunday anti-EU feeling was one of the reasons for the Right-wing surge in Austria. The implosion of the main parties' vote in Austria should be a wake-up call across Europe. Political consensus and prosperity have bred complacency and arrogance among Europe's mainstream politicians.

Throughout Europe there are signs of a resurgent Right. In Italy, the mayor of Rome, Gianni Alemanno, recently praised Benito Mussolini as an inspired architect who modernised the country.

In Estonia, a memorial complex for Belgian, Dutch and Norwegian Waffen SS men who fought against the Red Army has been put up with EU sponsorship.

Certainly, Austria has its Nazi skeletons but other countries are not immune from a resurgent Right - as this year's rise of the BNP in local elections in this country clearly showed.

• Mark Almond is a lecturer in modern history at oriel College, Oxford