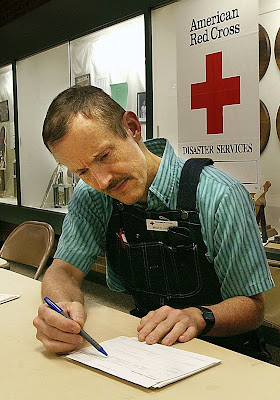 The Department of Homeland Security dedicated a massive biodefense laboratory in Frederick yesterday, moving toward the facility's opening despite questions raised about the risks of deadly pathogens to be studied there.

When the National Biodefense Analysis and Countermeasures Center at Fort Detrick is fully operational in March, about 150 scientists in the lab will be tasked with protecting the country from a bioterrorist attack through prevention or containment. Another goal is to allow investigators to fingerprint biological agents such as viruses and bacteria, quickly tracing their source and catching the offender.

But critics cite the case of Bruce E. Ivins, a researcher at the U.S. Army Medical Research Institute of Infectious Diseases, also at Fort Detrick, as evidence that such installations might help bioterrorists get access to lethal agents. FBI investigators think Ivins, who committed suicide in July, was responsible for the 2001 anthrax attacks.

Construction began in June 2006 on the $143 million, 160,000-square-foot facility inside the fort, the Army's sprawling medical research post in Frederick. The ship-shaped building will be divided between the lab's major divisions: a forensic testing center, which aims to identify the culprits in biological attacks; and the Biothreat Characterization Center, which seeks to predict what such attacks will look like and guide the development of countermeasures.

Scientists affiliated with the lab have been working in leased space at Fort Detrick, but officials who spoke at the dedication yesterday said they were anxious to move into the new center.

"This is a great day. Many of us have been waiting for this day for a long time," said Jamie Johnson, director of the Office of National Laboratories of the Science and Technology Directorate of the Department of Homeland Security. "I feel very passionately about this facility, and I feel even more passionately about its mission. This is state-of-the-art, cutting-edge bio-forensics."

Barry Kissin, a Frederick lawyer who has strongly opposed the lab's construction, said he fears the facility would be used to create biological weapons even though the government said its mission is defensive.

"It's not only a huge threat to local public health and safety, it is in the forefront of the instigation of a brand-new arms race in the realm of bioweapons," he said. "Here we are, expanding by about 20 times the size of the program that we're now being told generated the only bioattack in our history."

Rep. Roscoe G. Bartlett (R-Md.), who has a PhD in human physiology, said the closure of the U.S. bioweapons program in 1969 had perhaps placed the country a step behind other nations that continued to operate secret programs.

"As a scientist, I knew how important it was to be at the cutting edge," Bartlett said. "I don't have complete confidence that our intelligence community will be able to tell us what's going on at the cutting edge." The scientists at the new Detrick lab, he said, are "going to have to divine what's happening." But he said he has "great confidence that this organization will indeed be able to protect us."

Democrat Jennifer Dougherty, a former Frederick mayor who faces Bartlett in the 6th District race, said relations between the city and Fort Detrick have gradually improved.

"I think it's essential that we make sure there's a level of transparency and a level of trust between residents, the city and the post," Dougherty said.

The directors of the campus were eager to demonstrate the facility's security, leading guests and reporters through a tour of the lab. Construction required everyone to wear hard hats and protective glasses.

Next to the windows, digital monitors displayed air pressure, ensuring that air would flow from the outside into the lab. The air is constantly filtered, and three large pressure cookers sterilize contaminated waste. To get into the Level 4 labs, workers must pass through a chemical shower that cleanses their suits.

The thick, reinforced concrete walls were painted white. The rooms were empty of the testing equipment, animals and biological supplies that the scientists will use for their work. Exposed wires and pipes were in evidence, and sheeting was taped to parts of the floor.