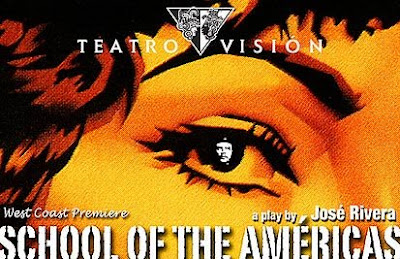 ATLANTA—Ten years after a Catholic archbishop in Guatemala was beaten to death for his work on human rights, four Atlanta priests, two sisters, and seven local members of the Catholic peace group Pax Christi are calling on Congress to deepen its investigation of the controversial Western Hemisphere Institute for Security Cooperation which one of his killers attended.

The activists believe the Department of Defense-funded military school based at Fort Benning in Columbus, formerly known as the School of the Americas, is linked to human right violators in Latin America who target the poor and clergy who speak up for them.

They want Congress to enact a law that would suspend the military school until a commission reports on what tactics former students were taught that violated international law or United States law and hold accountable those who drafted and approved those teaching manuals.

Eileen Perkins of Marietta, a longtime peace activist, said the school should cause concern for taxpayers and Catholics alike.

The school is teaching Latin American military leaders the wrong things with American tax dollars, like torture, said Perkins, who gathered the signatures.

Declassified government documents released in the mid-1990s revealed the manuals from 1982 to 1991 showed how torture, blackmail and other coercive measures could be used against insurgents.

Catholics need to press for a change at the school because the issues of peace and the dignity of people are a cornerstone of the church, Perkins said.

“That’s kind of who we are as Catholics,” said Perkins, 65, who brings Communion to the homebound from her church, St. Joseph in Marietta.

Father John Adamski, pastor of Our Lady of Lourdes Church, Atlanta, said the military school is working with a “new PR image,” but problems remain. The School of the Americas was legally closed in 2001 and reopened as WHISEC.

He signed the letter because it is a sign of how people can be involved in peacemaking.

“Any effort toward trying to work for peace and lifting up the practice of peace is an important thing,” he said.

Catholics should be “agents of God’s kingdom” and working for peace is a way to do that, he said.

Every November, thousands of people, many of them students from Catholic colleges, arrive in Columbus to protest the school. Maryknoll Father Roy Bourgeois started the protest along with the watchdog School of the Americas (SOA) Watch in 1990.

Catholic leaders in Central America who speak out on behalf of the poor have been assassinated, including six Jesuit priests killed in El Salvador in their rectory’s garden in November 1989 and Archbishop Oscar Romero of San Salvador shot and killed in 1980 as he celebrated Mass. His cause is being studied for sainthood. Three American missionary nuns and a Maryknoll laywoman were also murdered there in 1980.

Some military officials linked to the killings attended the military school. And opponents of the school believe it should be shut down. Defenders of the program have said the school does not teach abuse and the curriculum includes a focus on human rights as part of every class.

In April 1998, Auxiliary Bishop Juan Gerardi, coordinator of the Human Rights Office of the archbishop of Guatemala, was killed two days after his organization issued a major report documenting that the Guatemalan army was responsible for about 90 percent of the violent massacres and other human rights violations that occurred during its 36-year civil war. Four men were convicted for the murder, including two military officers—retired Col. Byron Disrael Lima Estrada, who had studied at the SOA, and his son, Capt. Byron Lima Oliva—and a priest. However, Catholic Church leaders in Guatemala continue to press for a wider inquiry into who ordered the bishop’s murder.

Supporters are calling on Georgia congressmen to endorse legislation to suspend the school’s operation called the “Latin America Military Training Review Act of 2007.”

Some 124 members of Congress support the bill, which is House Resolution 1707. The bill is sponsored by U.S. Rep. James McGovern of Massachusetts. Only two representatives from Georgia, U.S. Reps. John Lewis (5th District) and Hank Johnson (4th District), both Democrats, have backed the legislation. The proposal was sent to the House Committee on Armed Services for review in March 2007.

According to the Congressional Research Service, the bill would establish an eight-person joint congressional task force to assess the school’s training to evaluate how well Latin American military personnel follow democratic principles and respect human rights. It also establishes a commission to look into the U.S. Army School of the Americas and its successor institution.

The school would be suspended while the two committees examined the school.

“We call on all Catholics in Georgia who are upholders of human rights to ask their congresspersons to co-sponsor this bill (HR 1707) so that a formal determination can be made as to whether training at the school contributes to the violation of human rights in Latin America,” states the letter.

The letter quotes “The Compendium of the Social Doctrine of the Church.”

It states: “Mutual forgiveness must not eliminate the need for justice and still less does it block the path that leads to truth. On the contrary, justice and truth represent the concrete requisites for reconciliation.”