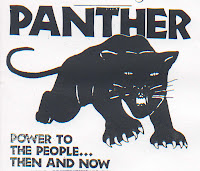 The Omaha Two, Ed Poindexter and Mondo we Langa (formerly David Rice), were leaders of the Black Panther Party chapter in Omaha, Nebraska. Today both men are serving life sentences for the 1970 bombing murder of an Omaha police officer, Larry Minard, and deny any involvement in his death.

Secret government documents, only uncovered after the trial that convicted the two Panther leaders, establish the Federal Bureau of Investigation National Crime Laboratory withheld a report on the identity of the anonymous caller that lured Minard to his death on Omaha's newly installed 911 system with a false report of a woman screaming.

The secret files disclose that the Omaha FBI office Special-Agent-in-Charge, Paul Young, had been under orders from FBI Director J. Edgar Hoover to be "imaginative" in developing illegal tactics against the Panthers and that several plans were concocted and implemented under Operation COINTELPRO in the months before the bombing.

Hoover's hidden war on political activists he didn't like was national in scope but kept secret from outsiders, including the Attorney General and members of Congress. The secretive COINTELPRO directives forbid working with other federal agencies and fostered a bitter rivalry with agents of the Alcohol, Tobacco and Firearms Division of the Internal Revenue Service.

In the months before the flawed murder investigation, both Panther leaders were targeted by the Omaha Police Department, Hoover's COINTELPRO operatives, the U.S. Attorney and ATF agents. Both men were constantly harassed by local police with frequent traffic stops and verbal abuse. Mondo was fired from his job with the Greater Omaha Community Action Agency and hauled before a grand jury. Ed was the victim of bogus letters to Omaha newspapers and an anonymous phone campaign. 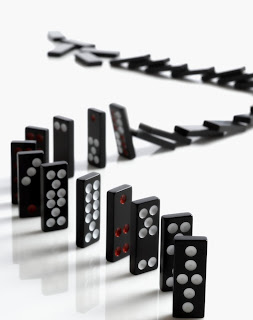 The police campaign against the two Panthers was coordinated by a secret task force codenamed Domino, according to retired ATF Special Agent James Moore. Moore worked in the Kansas City ATF office and busted Black Panther Pete O'Neal on a firearms charge. Moore had worked closely with his counterparts in the Omaha office and followed the efforts to get the two Panther leaders.

Moore discloses the bitter rivalry between the FBI and ATF and breaks the code of silence about the secret Domino task force in his book Very Special Agents. Endnotes in the book explain Moore got his information primarily from ATF agent Thomas Sledge and the supervisor of the Omaha ATF office, Dwight Thomas. Moore learned details from Sledge and Thomas contemporaneously and in later conversations and interviews.

"Most law enforcement officers wanted to believe that the FBI lived up to its motto: 'Fidelity, Bravery and Integrity.' For some, disillusionment solidified in Omaha."

Moore describes how Sledge worked a 12 year-old girl as his informant to obtain a federal search warrant of Panther headquarters in Omaha looking for Russian machine guns and dynamite only to have the Justice Department cancel the search because of the unreliability of the witness.

The U.S. Attorney, Richard Dier, had no comment on the matter at the time and speculation centered on the U.S. Marshal's office as the probable source of the Justice Department intervention. However, Moore fills in the details with a different version, presumably telling the story from Sledge's account.

While Sledge briefed the strike force, Dier called the FBI for information on any fortification of the Panther headquarters. Hours later Dier got a call from the Justice Department in Washington cancelling the raid. When Dier asked the reason the warrant was quashed he was told, "The FBI informs us it's based on questionable evidence."

"While the task force cooled its heels in the federal building, FBI agents went door-to-door in the Panthers' neighborhood asking everyone whether there were weapons or explosives inside the headquarters."

The Domino task force convened in a special meeting after the killing of Larry Minard, unaware that Assistant Chief of Police Glen W. Gates had already agreed with the FBI to let the unknown caller go in order to make a case against the two Panther leaders.

As the Domino team zeroed in on the Black Panthers as the targets of investigation, the FBI made a sudden announcement.

"The FBI representative stood up. 'We have excellent informer coverage of the Panthers,' he said, 'and our key source advises us that two white males were observed running from the scene shortly before the blast.'"

The killer of Larry Minard who made the 911 call was never identified nor were the "two white males" cited by the FBI to the Domino group.

Ed Poindexter and Mondo we Langa are serving life sentences at the maximum-security Nebraska State Penitentiary in Lincoln. Both men, targets of COINTELPRO and Domino, have continuously denied any involvement in the crime.