This article was originally published on page 16 of The Independent on Saturday on October 31, 2009 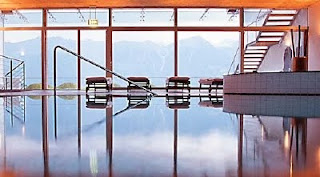 THE scene is the ultra-luxurious Lanserhof health spa, set high in the Austrian Tyrol above Innsbruck. It is the summer of 2007 and an attractive 45-year-old blonde woman is sitting quietly in the July sunshine reading Paulo Coelho's novel The Alchemist. She is alone - but not for long.

The woman is heiress Susanne Klatten, one of the wealthiest women in the world - with a fortune of ?8.2 billion (R100bn) and a 12.5 percent stake in BMW. She is also about to become the victim of one of the most audacious blackmail plots in modern times.

Klatten is approached by an unassuming, bespectacled man, just one year her junior. His name is Helg Sgarbi and he looks like a slightly geeky accountant from the car company she runs with her brother, Stefan.

"My favourite book," he says, gesturing at her novel. "You've read it?" she asks. And then he tells her: "I spent my childhood in Brazil, where the author comes from - it's been essential reading. To me, the story has been like a Bible. There's a spiritual message in it. You must believe in a dream and once you believe, you should follow it and you will achieve what you wish for."

Klatten, a mother-of-three, was notoriously reserved. As a member of one of Germany's most famous dynasties, the Quandts, she had spent her life surrounded by bodyguards and secrecy. But she was soon snared by the charms of the softly-spoken Sgarbi.

The very moment that Sgarbi spoke, as Richard Shears reveals in his new book about the affair, she felt comfortable with this well-spoken, clean-cut stranger.

What Susanne Klatten did not know, however, was that she had been specifically targeted by this smooth-talking, Zurich-born con man, a man who had already made a fortune as a professional gigolo and blackmailer, extorting more than £2.2 million from a string of wealthy, older women.

Unassuming he might have looked, but Sgarbi had gone to sinister lengths to discover all he could about the woman before him on that sunny July morning.

Sgarbi was also working in cahoots with a dubious Italian hotel owner named Ernano Barretta, a man who claimed to have healing powers and ran his own "sect". He reportedly helped Sgarbi plan his seduction and the blackmail that followed.

Either way, Klatten and Sgarbi's brief conversation about her novel began one of the most extraordinary seductions of our times. Within just months, the reserved heiress had given Sgarbi a staggering ?6.44m in cash.

Sgarbi told the increasingly bewitched heiress that he was the grandson of a Polish Jew, but had been taken to Rio de Janeiro by his family when he was five. He had then returned to Europe as a teenager to study law at the University of Zurich.

By the time the heiress checked out of the health spa three days later to return to her husband and three children at their home in Munich, she was hooked. She agreed to meet Sgarbi again, gave him her personal cellphone number - and, most significantly of all, told him who she really was.

Sgarbi feigned astonished surprise - and barely three weeks later, according to the police, the couple made love for the first time at a hotel in the South of France, not far from the Klatten family's holiday villa.

The affair escalated quickly. When she got back to Munich in late August, Klatten started to meet Sgarbi in a Holiday Inn in the city, going straight up to his sixth-floor room by lift from the underground car park to avoid being seen.

And by the end of September, less than two months after their first meeting, Sgarbi unveiled the financial "sting" that was to cost Klatten more than ?6m. Telling her that he had to go to the US on what he called a "secret mission" for the Swiss government, Sgarbi disappeared. And when he came back, he had shocking news.

While in Miami, Sgarbi told her, he'd accidentally knocked over the young daughter of a Mafia boss - leaving her severely injured, possibly even paralysed.

Worse, he explained, he was a dead man unless he paid the girl's father ?9.2m in compensation. Apparently distraught, Sgarbi told his heiress lover that he could raise ?2.76m by selling his "assets", but couldn't find the remaining £6.44m.

His Italian accomplice, Barretta, had allegedly placed a secret device in the hotel room to record their conversations and lovemaking - the perfect raw materials for a blackmail.

Klatten did not fall for her lover's story immediately. But on September 6, 2007, she asked to meet him again. He repeated the story, they made love - and she agreed to his request. "I'll help you. In what form do you need the money?"

But then, in an extraordinary twist, her family's Nazi past was exposed in an hour-long German television documentary broadcast on September 30, 2007. 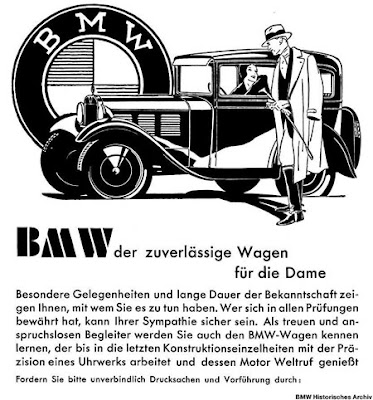 It revealed that her grandfather, Gunther Quandt, had built a fortune by using slave labour in his factories - which had made batteries for German submarines during World War II - but had managed to escape any post-war recriminations.

It was enough to tarnish the Quandts' reputation - and left the family mortified.

And, no sooner had the documentary been broadcast than her husband asked her if she was having an affair. She denied it, but by now she was trapped in a spiral of lies.

Fully aware of the controversy created by the television documentary, Sgarbi reappeared - to suggest that she invest more than ?260m in a "unique opportunity" and leave her husband to live with him.

It was enough to tip the heiress over the edge. Klatten told Sgarbi their relationship was over. But, just a few days later, a package addressed to her was left at reception containing a series of pictures of her naked and a video clip of her making love to Sgarbi.

Desolate, desperate, but determined not to be taken for a fool again, Klatten went to the German police - with the photos - before going home and confessing everything to her husband.

On the chilly morning of January 14, 2008, Sgarbi and Baretta were arrested by armed members of the crack Austrian commando team, Cobra, dressed in balaclavas.

When Sgarbi was finally ushered into court on March 9 this year, in his geekish spectacles and a three-piece grey suit that looked at least one size too big for him, an observer muttered: "If that's a gigolo, what do Swiss accountants look like?"

The judge sentenced Sgarbi to just six years in prison - half the 12-year sentence he could have received - prompting him to spread his arms wide and smile. After all, six years is not so long - especially if, as some believe, he still has a multi-million-pound fortune hidden away. - Daily Mail