Money was destined for officials critical after 17 killed
http://www.newser.com/ 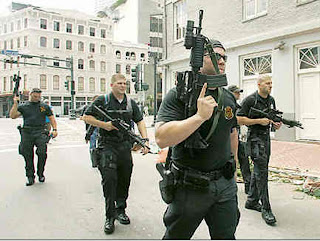 (Newser - Nov 10) – Security firm Blackwater set aside $1 million for secret payments to critical Iraqi officials after the 2007 Baghdad shootout that left 17 civilians dead. With Blackwater fearing it could lose its lucrative operating license in the country, former executives tell the New York Times, then-president Gary Jackson authorized the bribe money’s transfer to Jordan. The execs say they didn’t know if the money got to Iraq, or for whom it was intended.
Posted by Alex Constantine at Wednesday, November 25, 2009