Related: "THE MAN WHO MADE SARAH PALIN"

Asking for leniency and a sentence of only six months in prison, Bill Allen wants a federal judge to look beyond his corruption of Alaska politics to a life of charity and job creation in the state. 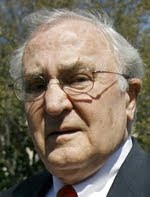 In pleadings in advance of his sentencing Wednesday, attorneys for Allen, the former chief executive of Veco Corp., described a man who came a long way from humble, hardscrabble beginnings. Letters from family and friends speak of Allen's Depression-era childhood in a narrative that could have emerged from the pages of a Steinbeck novel.

"Clearly, the crimes to which he pled guilty were an aberration -- prior to his actions which led to his guilty plea, Mr. Allen led a law-abiding life full of kindness and charity," his attorneys wrote.

But that narrative ignores allegations that he maintained sexual relationships with underaged girls and asked two women to lie under oath about his sexual relationship with them, or that he first got caught violating laws governing political campaign finance in 1985.

Even as Allen prepared to learn his punishment for bribery and conspiracy from U.S. District Judge John Sedwick, newly unsealed documents in a related case provide a more detailed look at the ongoing police investigation of Allen's relationship with underage girls.

Allen has denied the accusations surrounding the girls and has told the FBI he never asked anyone to give false testimony. Because Allen hasn't been charged with a crime in connection with those allegations, they won't figure in Sedwick's sentencing decisions.

Allen, 72, is the central figure in the Alaska public corruption investigation begun by the FBI in 2003. Allen and a former vice president, Rick Smith, pleaded guilty in May 2007. Since then, Allen's testimony has been instrumental in convicting two legislators and U.S. Sen. Ted Stevens in trials, though charges against Stevens were later dismissed due to bungling by prosecutors. Evidence Allen and Smith provided was instrumental in the guilty pleas of two other legislators and the chief of staff to former Gov. Frank Murkowski, prosecutors said.

At the time of their pleas, they had already been cooperating with federal authorities for more than eight months. Prosecutors have asked that they get reductions in sentences that they might have otherwise received -- a 46-month recommendation for Allen and 42 months for Smith -- but attorneys for both men say that is still too tough and want to slash their time even more.

In their recommendations, neither Allen's attorneys nor federal prosecutors refer to documents that were unsealed last week in the case of Pete Kott, the former state representative from Eagle River sent to prison for taking bribes from Allen. Kott is asking that his case be dismissed because prosecutors failed to provide him with favorable evidence before his trial. He could have used the allegations against Allen to challenge Allen's credibility, he said.

Among the documents are reports of interviews of two women by city and federal investigators. One of the women said she had sex with Allen when she was 15. The other said she was 19 and working as a prostitute in the mid-1990s when Allen asked her to be his steady date, but she said she observed him having sex several times with 15-year-old girls.

Jeff Feldman, an Anchorage lawyer with an extensive federal practice and no involvement in the Allen case, said it's unlikely a judge would consider allegations in deciding how to sentence a defendant.

"If the conduct was uncharged, it remains unproven and the court cannot consider facts that have not been established," Feldman said. Prosecutors could attempt to prove allegations at sentencing, he added, but in Allen's case there was no sign that would happen. 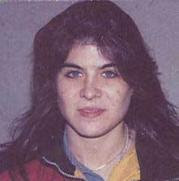 In February 2008, the Daily News published a story describing allegations that Allen had a sexual relationship with an Anchorage woman, Bambi Tyree, when she was 14 or 15, and that Allen provided her and her family with expensive gifts.

At the time the story was published, Allen denied there had been a sexual relationship and Tyree refused to grant an interview. Vandegriff said he had reopened the case after suspending it in 2004 but wouldn't provide details.

The material unsealed in the Kott case last week shed light both on Tyree's relationship with Allen and on Vandegriff's reopened investigation.

On Oct. 28, 2004, an FBI agent and assistant U.S. attorney interviewed Tyree at a federal detention center near Seattle, according to interview notes filed in the Kott case. Tyree, then 23, was a witness in another case, but she also gave the authorities information on Allen.

She said she "had sex with Bill Allen when she was 15 years old," the notes say, then signed an affidavit at Allen's request claiming she did not have sex with him.

Tyree's name was blacked out of the document except for one place. The same copy was filed separately by by Kott's lawyer and prosecutors.

Also in 2004, another woman whose name was also blacked out said that around 1996 or 1997, when she was a 19-year-old prostitute, she had an "arrangement" with Allen: "She said that he made her agree to have sex only with him. In exchange she got a car, a condo and money."

She told Vandegriff she documented the relationship in her diary and saved copies of credit card receipts, plane tickets that Allen bought for her and her family, and other evidence. One of the trips was designed by Allen to get her out of state so she couldn't testify in an unrelated criminal case, but which could have revealed her relationship with him, she told Vandegriff.

When they broke up, Allen's attorney asked her to swear in a document it never happened and offered her $5,000, but she refused. She said she thought she could get more money from him, according to Vandegriff's 2004 report.

In January 2008, when he re-opened the case, Vandegriff got back in touch with that woman and asked her where the evidence was. She told him she turned it over during another interview with federal authorities in 2004 and never got it back. Vandegriff checked with an assistant U.S. Attorney who remembered getting documents from the woman in 2004 and thought they were turned over to the FBI.

There was nothing in the Kott file to indicate the documents had been found.

ANOTHER SIDE OF ALLEN

A far more poignant and benign picture of Allen was painted by his friends and relatives.

Addie Chancellor, an older sister -- Allen had eight siblings -- said when Allen was born in 1937, the family was living in a tent along the Rio Grande in Socorro, N.M.

"We were definitely the 'have nots,' the 'ragamuffins' at school, and that hurt," she wrote. She enclosed an old picture of Allen at age 8, with a horse.

"As you can see, he was a skinny kid, long skinny arms, and his pants were held up with a belt wrapped around him twice," his sister wrote.

That picture marked the end of Allen's childhood, Chancellor said. From there, the family moved to Oregon as migrant farmworkers, then picked cotton in California.

"The family lived in fruit picker shacks with no running water or electricity," wrote brother Joe W. Allen Sr. "Bill and Mom would pick until they were exhausted. ... Every since I can remember, Bill was the main support of our family."

Allen only sporadically attended school, sister Addie said, and dropped out altogether when he was 16 to work in the oil fields of northwestern New Mexico. He became a welder and loved the work.

"He appreciated the oil industry because a person could get a job and move up," she said. "His last goal before he retired was to help get the (gas) pipeline because of how it would be good for Alaska and the country. It would create jobs beyond the oil industry and there would be growth in Alaska."

She and others described him as generous brother, uncle and boss.

Granddaughter Ashleigh Allen said he just wanted to break the cycle of poverty for the family.

"It seems to be that the backhanded plotting, greedy and unethical oil contractor portrayed in the media and newspaper, is entirely different from the well respected Republican featured as one of the most influential men in Alaska every year for 10 years straight," Ashleigh Allen said.

"In taking responsibility and cooperating, all while bearing the constant stress of testifying, my dad has become a pariah in the very state that once named him Alaskan of the year," said daughter Tammy Todd Allen of Grand Junction, Colo. "Many of his lifelong friends no longer acknowledge him."

"Perhaps his greatest pain is the fact that he has been ostracized from the very community he dedicated his life to building," said Ken Marzocco, who once ran Veco's engineering section out of an office in Bellingham, Wash. "While I am a firm believer in the need to pay for crimes committed, I have seen the heavy price Mr. Allen has paid to date."

While the letter file is bulging with notes from Allen's relatives and former employees, few public figures came to the defense of the man who once was a major financier of Alaska election campaigns and who lobbied hard on behalf of the oil industry. One who made an appearance was John Shively, once an official in the Democratic administrations of Govs. Bill Sheffield and Tony Knowles. He described Allen as an enigma.

"He became an extremely successful businessman -- a multi-millionaire -- but I don't think he ever forgot that he came from a very poor background," Shively said. "He learned by doing and getting things done. He decided where he wanted to go and then set about getting there, and in the end that philosophy was probably his undoing."