Excerpt - Book Review: The Other Gross Side of Bhutan

... It’s ironic that a country, which conjures up an image of the Himalayan paradise in the Western psyche, can indulge in such bizarre yet brutal practices of punishment.

Yes, we are talking about Bhutan, and the person upon whom the horrendous torture was inflicted is none other than Bhutanese human rights leader Tek Nath Rizal. Rizal, a refugee leader in exile for more than a decade, has chronicled a harrowing tale of his prison life in Bhutan in his new book Torture Killing Me Softly. In nearly two hundred pages, he narrates his predicament while he was stuck in Bhutanese jails for a decade. The most startling aspect of the book—apart from the routine torture the state metes out to its opponents—is the use of sophisticated mind control devices by the ruling elite of Bhutan. One finds hard to reconcile the image of a pastoral country with its employing cutting-edge torture tools bestowed by modern science. 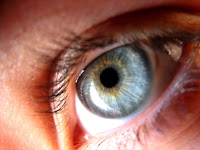 Rizal claims in the book that his Bhutanese torturers applied light sensitivity, very high sound decibels, and microwaves on him in order to destabilize his mind, induce anomalous behavioral changes and create disassociation. Dr. Indrajit Rai, a security expert and member of Nepal's Constituent Assembly, in the foreword to the book, notes that mind control devices are used on prisoners-of-war. He writes, “Bhutanese government practiced mind-control techniques on Rizal as a means to inflict physical and mental pain in order to destroy his life. With a view to deviating him from his goal of fighting for democracy, the Bhutanese government used these devices on him and pumped out all his thoughts and feelings.” ...

It’s evident from the annex under the heading of “suggested reading” that the author has researched a great deal about the use of electronic devices to control one’s mind. The epilogue reads: “The global agencies must verify the tall claims of the government of Bhutan independently whether it is ‘Gross National Happiness’ or the ‘Gross National Sufferings.'” Indeed, the cases of gross human rights violations as documented by Rizal in Torture cast a shadow over the so-called Shangri-La.

... Being a professor of War Studies, I found, during my military research, the mind-control technique applied to the war prisoners. It is an electromagnetic mind-control technique which can take full control of the person’s body and mind permanently. It uses modulated microwave to produce audible voices in the person’s head. It is in the form of subliminal hypnotic command and the victim can be hypnotically programmed for years without knowing.

Thoughts are implanted in the victim’s mind without letting him know. In microwave hearing, nobody can hear the voices except the targeted individual. The sound reverberates in the target’s ear monotonously. In a solitary cell the high pitched sound gets amplified. Slowly it stirs the unconscious layer of the mind and deeply affects the nerves. ...