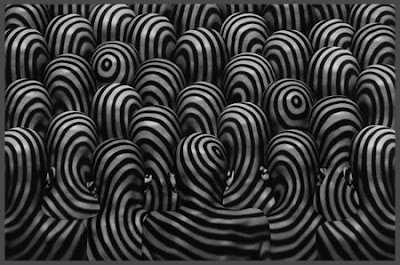 IT was advertised as a “Youth Adventure Camp” but when German police Sunday raided the site near Rostock where 40 children were camping, they discovered racist films and literature, the sort of indoctrination material that was served up in Hitler Youth Camps in Nazi Germany. This is the latest evidence of resurgent neo-Nazi activity throughout Europe, which now focuses its vitriol not simply on Jews and gypsies but on Muslims, black Africans and now Asians, especially the Chinese.

Mainstream politicians seek to dismiss the neo-Nazis as unimportant fringe groups and lunatics. Indeed the fact that Jean-Marie Le Pen’s National Front in France is so hard up, it is having to sell its headquarters might seem to indicate that Europe’s ultra-right is in trouble. But it is not as simple as this. Germany’s Nazi revival may still be limited but it is sinister and, some argue, has far deeper roots than predecessor movements of the 1960s and 1970s, such as Adolf von Thadden’s NDP. Much of the new support comes from eastern Germany. During Communist rule, there was little attempt to force East Germans to face up to their Nazi past. Indeed, given that Communist rule was in many respects little different, there was little or no reason to cause East German citizens to confront Nazi wickedness. This was in marked contrast to West German citizens, who learned the explicit details of the horrors that were perpetrated in their name by the Third Reich. Since reunification, eastern Germans, many disappointed by the failed appearance of the anticipated economic boom, have gravitated toward extremist parties, especially the neo-Nazis who blame their misfortunes on immigrant workers as well as the old standard-international Jewry.

Unfortunately this trend in the east has met a current of impatience among western Germans with the blanket condemnation of all things Nazi. Young people talk of searching for a “balanced” view of the Hitler years. The reality is that it is not possible to have a balanced view of the savagery of the Nazis any more than such an assessment could be made of the even bloodier and equally brutal rule of Joseph Stalin in the Soviet Union. Yet just as handfuls of German school kids are being pedaled pernicious propaganda promoting Nazi bigotry, so in modern Russia there is a sizable minority that looks back with a sense of loss to Stalin’s rule.

While it is often argued that too much public focus on these supporters of ruthless totalitarianism broadens their appeal to the unthinking and the racist, the authorities must nevertheless act decisively to combat the dissemination of the poison of neo-Nazi claptrap. Violent racist attacks on foreigners, particularly Turks living in Germany, are slowly but steadily increasing. As Germany and indeed the rest of Europe has to cope with the challenges of recession, the siren song that evil foreigners are taking jobs and housing and even wives, will become louder and perhaps more enticing. It must be combated vigorously, wherever it is heard.