Psychologists Vote on Referendum against Aiding in Bush Detention Center 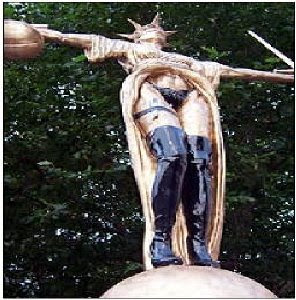 The American Psychological Association has been racked with controversy over the role of psychologists in Bush regime detainee interrogations. Unlike other health professions, which have determined that participation in the interrogations is unethical, the APA leadership has defended psychologists’ involvement in interrogations at Guantanamo and the CIA "black sites." Psychologist opponents of the APA position have, for the first time in APA history, organized a referendum to change APA policy. They ask the APA membership to reject psychologists’ participation when such sites are in violation of international law or the Constitution. The ballots are currently arriving in members mailboxes.

After reviewing the disturbing background of psychologists crucial role in U.S. torture and detainee abuse, the referendum's crucial clause states:

Be it resolved that psychologists may not work in settings where persons are held outside of, or in isolation of, either International law (e.g., the UN Convention Against Torture and the Geneva Conventions) or the US Constitution (where appropriate), unless they are working directly for the persons being detained or for an independent third party working to protect human rights.

Jean Maria Arrigo, the psychologist who served on the APA’s PENS [Psychological Ethics and National Security] task force in 2005 and exposed the PENS report as a rubber stamp for an already determined government policy, has succinctly explained the importance of a “Yes” vote on the referendum:

The ballot arrived today from APA, and I just voted Yes on the Referendum. To my mind, the timeliness of the Referendum as social action supersedes the problem of misinterpretation of the text.

My thinking on this matter has been most strongly influenced by military and intelligence personnel I know, including senior interrogators.

At an emotional level, I was much affected by audience responses to my February presentations to anti-torture symposia at two universities in Sao Paulo and the regional psychological association. Audiences were outraged by the APA endorsement of psychologists at military interrogation centers (people standing up and shouting) and truly horrified that I had agreed to the PENS report. (In Brazil, the word “interrogation” is virtually synonymous with “torture.”) If the APA leadership accommodates current government policy on interrogations, well, Brazilian psychologists can understand…, but if the APA membership defeats the Referendum, at this point in our history, that sends a bad message I cannot explain away. They are worried about the passivity of the APA legitimizing torture by our government, which legitimizes torture by their government and delegitimizes their own protests as psychologists.

In response to the referendum, the APA has launched a strong effort to convince members that they should not support this "well-intended" referendum because it would restrict the ability of psychologists to work in domestic prisons and mental hospitals. Although legally informed psychologists have opined that any such risk is extremely far fetched, the referendum authors have issued a clarifying statement that would put these concerns to rest for those sincerely concerned about the domestic application of the referendum: 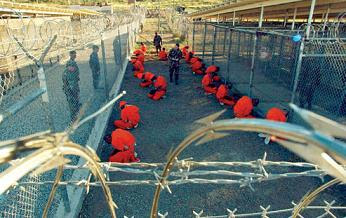 This referendum is focused on settings such as Guantánamo Bay and the CIA ‘black sites’ set up by the U.S. as part of its ‘global war on terror’; settings where the persons being detained are denied the protections of either constitutional or international law, settings which have been denounced by the United Nations, the Council of Europe, and the International Committee of the Red Cross.

We are well aware of the harms and legal struggles facing certain prisons and jails inside the domestic U.S. criminal justice system. However, the referendum takes no position on such settings where prisoners have full access to independent counsel and constitutional protections; nor does the referendum take a position on settings that now exist within the domestic mental health system where clients and patients also possess these basic rights.

The campaign of confusion has, however, only intensified since this clarification was issued.

Psychologist and attorney Bryant Welch, who founded the organization's Practice Directorate and then served as its Executive Director for eight years, has himself penned a piece explaining what is at stake in this referendum [included here with permission]:

Vote to End the Shame APA has Inflicted on all Psychologists
By Bryant L. Welch, J.D., Ph.D.

In the eyes of the world psychologists are being seen as aiders and abettors of torture. The damage to the profession grows day by day, and the shamefulness of it reflects on all of us, whether we like it or not.

This is the third consecutive annual convention in which APA has presented new reasons for refusing to explicitly state that psychologists are not to participate in detention centers where torture is being used. In 2006 we were told, among many things, that torture was not occurring, and that it was sufficient for APA to reiterate its 1986 resolution “opposing torture.” Last year we were told that psychologists’ presence at the detention centers was actually necessary to prevent the torture whose very existence these same APA officials denied the previous year. Bizarrely, APA outlawed nineteen specific forms of torture, as if in some way the large number of proscribed techniques would cripple torture efforts.

As a result, for the first time in APA history, APA rank and file members have secured the necessary signatures to petition the APA and force APA to submit the torture issue to a referendum by the membership.

Persisting in its support for psychologists’ participation in Bush detention centers and appearing insensitive to the moral concerns of its members, APA leaders are now advising APA members to oppose the referendum because the language of the referendum might be interpreted to preclude psychologists working in certain institutional settings. This argument is based on scenarios that are extremely far fetched and could readily be addressed even were they to occur. To the public, of course, the message would be that psychologists are not willing to stop torture now if there is even a remote risk of losing jobs in the future.

Since the Bush Administration will be out of office by the next time APA meets, this will be the last opportunity psychologists will have to remove this terrible stain from our reputation and our history

Torture is not a nuanced issue.

Vote No to torture. Vote YES on the referendum.

Bryant Welch, J.D., Ph.D. is a clinical psychologist and licensed attorney. In 1985 he proposed and developed the APA Practice Directorate which he ran from 1985-93. He is the author of State of Confusion: Political Manipulation and the Assault on the American Mind. He can be reached directly at welchfirm@aol.com. ...