A New Age of Torture 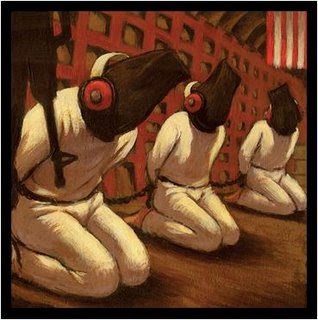 " ... It turned out that the CIA first abducted people, including children as young as seven, across the world. The agency was then able to fly captives, under an agreement by all NATO members, including Britain, which granted blanket over-flight clearances to American and allied forces involved in the 'fight against terrorism.' ... ”

The recent appearance of Dr Aafia Siddiqi in a New York court (August 5, 2008) has brought another disturbing episode in the 'war on terror' of President George W. Bush to light. According to a lawyer acting for Dr Siddiqui, an American-educated scientist of Pakistani origin, her client was brought to New York after spending several years in US custody at an unknown place, thought to be the Bagram air base in Afghanistan. While in detention, she suffered 'horrendous physical and psychological torture'. The American authorities claimed that they captured Dr Siddiqui only in July 2008, accusing her of attacking US military officers and being an Al-Qaeda operative. These charges have been dismissed by the Human Rights Commission of Pakistan.

The case has drawn international attention and comes at a time when the Bush administration, in its last few months, appears determined to put as many detainees captured during its 'war on terror' as possible on trial. According to Dr Siddiqi's lawyer, New York has been chosen as the venue for her trial because it is the city of Twin Towers, where the sentiment is likely to be most prejudicial and the November elections are close. Just before Dr Siddiqui was produced in court in New York, a US military commission in the Guantanamo Bay detention camp convicted and sentenced Salim Hamdan, Osama bin Laden's driver, to five-and-a-half years in prison. Amnesty International and Human Rights Watch both criticized the Guantanamo trial as falling below anya acceptable standards of justice.

The crisis for human rights has grown to unprecedented proportions since 9/11. On the day Amnesty International published its 2007 human rights assessment worldwide, its message reflected something that had become increasingly obvious. The 'war on terror' had left a long trail of human rights abuses and created deep divisions that cast a shadow on international relations, making the world more dangerous. In one of the strongest repudiations of the policies of Western governments, the Secretary-General of Amnesty, Irene Khan, said: "The politics of fear are fuelling a downward spiral of human rights abuses in which no right is sacrosanct and no person safe." She accused these governments of adopting policies which undermine the rule of law, feed racism and xenophobia, divide communities, intensify inequalities and sow the seeds for more violence and conflict. Amnesty said that old-fashioned repression had gained a new lease of life under the guise of fighting terrorism in some countries, while in others, including the United Kingdom, loosely defined counter-terrorism laws posed a threat to free speech.

Among leaders who were named for playing on fear among their supporters to help them push their own political agendas and strengthen their political power were President George W Bush, John Howard, then prime minister of Australia, President Omar al-Bashir of Sudan and Robert Mugabe of Zimbabwe.

The 2008 report of Human Rights Watch mourned the state of democracy with these words: "Rarely has democracy been so acclaimed, yet so breached, so promoted yet so disrespected, so important yet so disappointing." Human Rights Watch accuses the Bush administration of embracing this route instead of defending human rights, because talk of human rights leads to Guantanamo, secret CIA prisons abroad, simulated drowning and other forms of 'rendition', military commissions and the suspension of habeas corpus. Amnesty and Human Rights Watch are two of the world's leading organizations in the field of human rights. How did they reach conclusions so bleak?

Aleksandr Solzhenitsyn describes in the opening chapter named 'Arrest' in The Gulag Archipelago how it feels when someone is seized by shadowy individuals, about whom the victim knows nothing and has no clue as to what lies ahead:

"Arrest! Need it be said that it is a breaking point in your life. A bolt of lightning which has scored a direct hit on you." 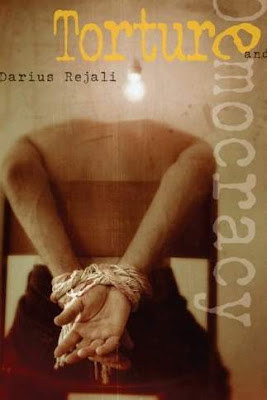 On September 6, 2006, President George W. Bush admitted the existence of a secret CIA program to abduct, detain and interrogate people outside America as part of his 'war on terror'. In a statement intended to portray himself as a strong leader, Bush referred to the CIA interrogation techniques as tough, lawful and necessary. His message, which gave few insights, was that "we are getting vital information necessary to do our jobs and that is to protect the American people and our allies." The President said he could not describe the methods used. He wanted everyone to understand why. The admission followed months of media reports in America and Europe and protests by non-governmental organizations that had made the administration's continued silence untenable.

Why did the US administration choose to operate secret prisons abroad? Where were they located and what kind of interrogation techniques were in use there to get what Bush described glibly as vital information? Glossy assertions, in the guise of confidentiality, became the hallmark of the Bush administration as the 'war on terror' progressed. The official justification became that 'we in the civilized world face an unparalleled and escalating terrorist threat and extraordinary measures are required' to deal with it. The administration knows it all. The people should simply believe what they are told, although the lesson of history is that laws are invariably broken when there is unwarranted secrecy and appropriate constitutional supervision is absent. Where the Bush administration led, other governments followed. From Britain, Italy and Australia to Russia, China and elsewhere, talk of the terrorist threat became engrained in government polemics. Among the most disturbing aspects was the Chinese leadership's description of protests by Buddhist monks in Tibet as terrorist activity.

Reports, which first surfaced in 2005, of secret CIA prisons in European and other locations were confirmed in an investigation by the Council of Europe in June 2007. The investigation, conducted by the Swiss Senator, Dick Marty, concluded that 'large numbers of people had been abducted across the world' and transferred to countries where 'torture is common practice'. Others were kept in 'arbitrary detention without any precise charge' and without any judicial oversight. Still others had 'disappeared for indefinite periods, held in secret prisons, including in member-states of the Council of Europe, the existence and operation of which had been concealed'.

Dick Marty said in his report that these people were subjected to degrading treatment and torture to extract information, however unsound, which America claimed 'had protected our common security'. Prisoners were interrogated ceaselessly and physically and psychologically abused before being released because they were 'plainly not the people being sought'. The report said that these were the terrible consequences of what in some quarters is called the 'war on terror'. The report specifically named Romania and Poland, where the CIA ran secret prisons and torture centres.

How were prisoners taken to such camps and what was done to them? It turned out that the CIA first abducted people, including children as young as seven, across the world. The agency was then able to fly captives, under an agreement by all NATO members, including Britain, which granted blanket over-flight clearances to American and allied forces involved in the “fight against terrorism.” Apart from Poland and Romania, former Soviet bloc countries where successors of the Communist intelligence services operated, Chechnya, the former Yugoslav Republic of Macedonia and Syria were among other destinations named, as well as Italy, where abductions by the CIA took place. The report said that the systematic exporting of torture outside the United States and the reservation of such methods exclusively for non-Americans amounted to an 'apartheid' mentality, which fuels anti-Americanism and creates sympathy for Islamic fundamentalism.

What went on inside the Abu Ghraib prison in Iraq is truly horrific, with up to 50000 men, women and children kept there at a time. Pouring acid on captives, forcing them to remove their clothing, keeping them naked for days in low temperatures and pouring cold water on them, a military policeman having sex with a female detainee, arranging naked male prisoners in a pile and jumping on them, forcing them to wear women's underwear, taking photographs of dead prisoners and threatening captives with rape – such 'blatant, sadistic and wanton' abuses of Iraqis were carried out by American soldiers in the prison. All this and more was done to them when, in many cases, their jailers did not even know their identities or the reasons for their detention.

Other examples of the culture of torture are recorded in numerous pictures of Abu Ghraib abuses now in the public domain. A young American soldier, Sabrina Harman, took many of these pictures during her tour of duty inside the prison. Like so many other young American soldiers, she joined the military to help pay for her college education. In March 2008, The New Yorker published her story with photos she took of abuses committed on prisoners. The pictures provided a graphic illustration of the abuses which America itself admitted in the official Taguba report. The inquiry resulted in a number of largely low-ranking reservists who either took the pictures, or were seen in them, portrayed as 'rogues who acted out of depravity'. Documents obtained by the Washington Post and the American Civil Liberties Union showed that the senior military officer in Iraq, General Ricardo Sanchez, had actually authorized the use of military dogs, extreme temperatures, reverse sleep patterns and sensory deprivation as interrogation techniques in Abu Ghraib.

As The New Yorker said, Abu Ghraib 'was de facto United States policy'. And 'the authorization and decriminalization of cruel, inhuman and degrading treatment of captives in wartime have been among the defining legacies' of the Bush administration. The techniques of interrogation were a direct result of the administration's hostility to international law – the doctrine of extracting confessions by torture flowing from the White House, the Vice President's office and a small number of senior Pentagon and Justice Department officials who had turned themselves into an oligarchy.

A new dawn comes with new hopes. But the dawn of the twenty-first century will forever be known for vengeance and brutal conflict for domination of energy resources in the Middle East. The attacks on 9/11 were a wake-up call about the existing and future dangers. But they were also a reminder of mistakes of the past. These mistakes were made in the final decade of the Cold War, the 1980s, when America's decision to favor extremist, against moderate, Islam in the region fanned the fires of hatred; and in the decade after the Cold War, the 1990s, when the battleground in Afghanistan was abandoned with the fires still burning.

Such mistakes created a sanctuary for the Taleban and Al-Qaeda. Far from learning the obvious lesson, the neo-conservatives had a new agenda for the coming century, well before the events of 9/11. Globalization had gone too far. Economic and political power had rapidly begun to shift to Asia. The scope and intensity of the American counter-attack under the presidency of George W. Bush was an expression of the determination to draw back the centre of gravity towards the West, with little realization that such course of action involved great risks.

Deepak Tripathi was a BBC journalist for nearly 25 years He is currently working on a book on the Bush presidency. He can be reached at deepak.tripathi@btopenworld.com