'Embarrassing' Lack of Response to Nazis in NZ 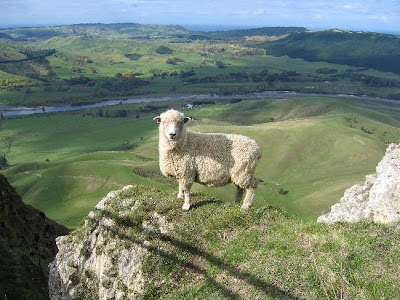 " ... There was absolutely no political will to take legal action against the Nazi war criminals who emigrated to New Zealand in the late 1940s and early 1950s, posing as refugees fleeing communism. ... "

It is believed up to 40 wanted war criminals escaped to New Zealand following World War 2 and the Government's lack of action was an "embarrassment", says a leading Nazi hunter.

"New Zealand's response on this issue should be a source of embarrassment," Simon Wiesenthal Centre director Dr Efraim Zuroff, of Israel, said yesterday.

A Holocaust historian, Dr Zuroff founded the centre in 1986 which has tracked and identified more than 2800 suspected Nazi war criminals. Many of those war criminals were discovered to have fled to Western democracies, and the centre has worked with countries to bring suspects to trial.

In 1987, Canada passed legislation to enable prosecution of suspected Nazi war criminals and was followed by Australia in 1989, and Great Britain in 1991. New Zealand set up a two-person unit in 1991 to investigate allegations that perpetrators of war crimes settled in this country.

The unit spent $190,000 investigating the claims in New Zealand and overseas, narrowing the suspected list from 46 to 17 known to be alive and living in the country.

The Wiesenthal centre had supplied 42 of the 46 names. Fifteen were cleared and two were further investigated, with the unit finding it was "possible" one of the suspects was involved in war crimes.

The finding of the unit was presented by the then attorney-general, Mr Paul East.

"We feel we've discharged our obligations to the international community in the steps we've taken and that we will now only respond if we are given something far more substantial than individual names," Mr East said in 1992.

Dr Zuroff said the centre tried to convince successive New Zealand governments to take legal action against suspected Nazis, but to no avail.

"New Zealand was the only Anglo-Saxon democracy which faced this problem and chose to ignore it," he said. "There was absolutely no political will to take legal action against the Nazi war criminals who emigrated to New Zealand in the late 1940s and early 1950s, posing as refugees fleeing communism."

During the 1980s and 1990s, Dr Zuroff researched the whereabouts of 40 suspected war criminals who are believed to have emigrated to New Zealand after World War 2.

"By the time that I found these people, many were no longer alive.

"But one who was alive and living in Auckland was Jonas Pukas, a Lithuanian who served in the 12th Lithuanian Auxiliary Police Battalion, which murdered tens of thousands of Jews in Lithuania and Belarus," Dr Zuroff said. ...
Posted by Alex Constantine at Thursday, August 14, 2008