Constantine Report: Meet the Counterterrorism-Industrial Complex; Rumsfeld Linked to N. Korean Reactors; Are You on the No-Fly List?, etc. 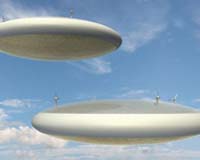 Although it would contain "millions of electronic components," the thickness of the antenna as envisioned by Raytheon would be about 0.4 inch.

A radar antenna the length of a football field that would weigh less than the 22 players in action on it is in development by Raytheon Company under terms of an $8 million contract associated with the Integrated Sensor is Structure or ISIS program from the Defense Advanced Research Projects Agency (DARPA).

The active electronically scanned array (AESA) antenna would be bonded to the hull of an unmanned airship 150 to 300 meters (164 to 328 yards) in length that could hover for long periods above the jet stream at altitudes of 65,000 to 70,000 feet. The antenna would transmit on UHF and X-band. Raytheon Space and Airborne Systems (SAS) is a leader in AESA technology, which uses no moving parts to scan at nearly the speed of light. 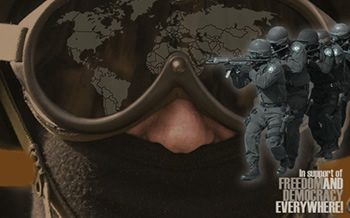 Last week I wrote about the steady flow of CIA employees to Blackwater USA, the private security contractor with major operations in Iraq. Yesterday's Los Angeles Times took a broader look at the revolving door between intelligence agencies and the private sector, and found that “because of the demands of the war on terrorism and the drawn–out conflict in Iraq, U.S. spy agencies have turned to unprecedented numbers of outside contractors to perform jobs once the domain of government-employed analysts and secret agents.”

For private contractors to hire intelligence officials is not a new phenomenon. Take a look at the board of directors of any major defense or homeland security contractor and you're likely to come across some familiar names. The board at San Diego-based Science Applications International Corporation, which receives billions annually in federal contracts, has included two former CIA directors (John Deutch and Robert Gates), a former head of the National Security Agency (Bobby Ray Inman), and two former defense secretaries (William Perry and Melvin Laird). 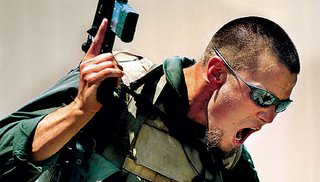 But the pace of the movement to private firms has recently reached alarming proportions. “At the CIA,” said the Los Angeles Times story, “poaching became such a problem that former Director Porter J. Goss had to warn several firms to stop recruiting employees in the agency cafeteria . . . . One recently retired case officer said he had been approached twice while in line for coffee.” (As I noted in my recent post about Blackwater, that firm's CEO, Erik Prince, has a “green badge” that allows him access to CIA installations, and he regularly meets with senior officials at the agency's headquarters.)

Among the Times' other interesting findings:

More than half of all employees at the National Counterterrorism Center (NCC) are outside contractors, and the former head of the NCC, John Brennan, is now the CEO of Analysis Corp, which supplies contract analysts to the center. The use of contractors is especially heavy at the CIA. Abraxas Corp, a firm conveniently located near the agency in McLean, Virginia, and home to many former CIA veterans, creates false identities for an elite group of overseas case officers.

Contractors have at times outnumbered CIA employees at key stations like Baghdad and Islamabad. In Baghdad, contractors aren't simply performing bureaucratic functions; they recruit informants, manage relationships with the military, and “handle agents in support of frontline combat units.”
Senior U.S. intelligence officials told the Times that agencies have become so dependent on contractors that they could no longer function without them. “If you took away the contractor support, they'd have to put yellow tape around the building and close it down,” a former CIA official told the newspaper.

One former senior CIA official told me that the implications of the “enhanced revolving door” are being felt in a broad variety of ways. “There are many people inside who aspire to work for a private contractor because—overnight—they can at least double their earnings,” he said. “It undermines morale and doesn't build a competent system. But the bigger story is that this is symptomatic of a new ‘counterterrorism-industrial complex’ that's popping up and that is starting to look a lot like Eisenhower's military-industrial complex. It's a multibillion dollar industry and it's beginning to drive policy.” 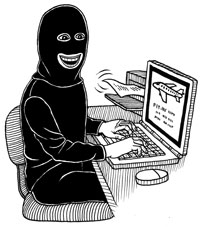 Mayor John Beckman and Police Chief Jerry Adams want to meet with Congressman Richard Pombo, R-Tracy, to see if they can get federal authorities to release all the names on the "no-fly list" to local law enforcement agencies. "That information needs to be available to our chief of police and every chief of police in America and every sheriff in America," Beckman said..
http://www.lodinews.com/articles/
2005/06/21/terrorism/2_nofly_050621.txt 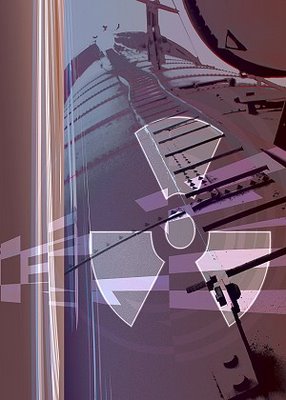 Rumsfeld link to sale of reactors to North Korea 10 May 2003 The US Defence Secretary, Donald Rumsfeld, sat on the board of a company that three years ago sold two light water nuclear reactors to North Korea - a country he now regards as part of the "axis of evil" and which has been targeted for regime change by Washington because of its efforts of build nuclear weapons. Mr Rumsfeld was a non-executive director of ABB, a European engineering giant based in Zurich, when it won a $US200 million contract to provide the design and key components for the reactors. He sat on the board from 1990 to 2001, earning $US190,000 a year.
http://www.legitgov.org/ 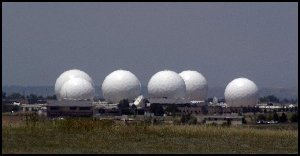 The next boomtown for spend-happy spies is . . . Aurora, Colo.? The growing Denver suburb will play home to a major operations center for the National Security Agency, amid a broader move by the intelligence community to align its operations with the military.

The Denver Post first reported NSA's move in January, and the buzz spread that its electronic eavesdroppers were building a new "warning hub" at Buckley Air Force Base. National security historian William M. Arkin has reported that the base is a major downlink for intelligence satellites, including NSA's. Buckley also is home to the 460th Space Wing, which runs the Defense Support Program satellites, the "eyes in the sky" that detect missile launches and warn the military.... Some of the biggest names in the intelligence business, including SAIC and Lockheed Martin Corp., have satellite offices nearby. Only Las Vegas and Colorado Springs - go figure - have better tax rates than Aurora, according to The Kiplinger Letter.
http://www.govexec.com/dailyfed/1006/101606ol.htm 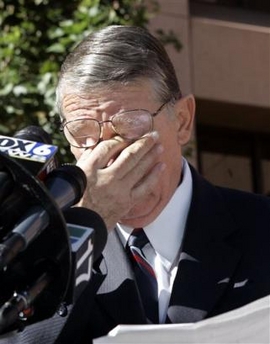 Cunningham probe could lead to officials in Defense, intelligence

An investigation into the dealings of former Rep. Randy "Duke" Cunningham, R-Calif., may implicate Defense Department and other agency officials who awarded contracts or were otherwise involved with funds channeled to corrupt contractors, according to a House inquiry.

The executive summary of an investigation by the House Permanent Select Committee on Intelligence was released Tuesday by ranking member Jane Harman, D-Calif. The summary offers insight into the findings of independent investigator, Special Counsel Michael Stern.

Stern was hired by Harman and committee Chairman Peter Hoekstra, R-Mich., to examine the activities of Cunningham, who pleaded guilty last November to accepting at least $2.4 million in bribes from contractors. Mitchell Wade, the former president of government contractor MZM Inc., pleaded guilty in February to bribing Cunningham and corrupting Defense Department officials

The investigation summary said that, to facilitate their illicit activities, the men needed to "secure the cooperation, or at least the noninterference, of many people," including the various Defense officials "responsible for execution of the money, awarding the contracts and preparing the statements of work; and officials of the agencies for which the contracts were to be performed."

"This was a lot of people to persuade, cajole, deceive, pressure, intimidate, bribe or otherwise influence to do what they wanted," Stern wrote in the report....

Former congressman Randy "Duke" Cunningham (R-Calif.) channeled more than $70 million in Pentagon and intelligence agency contracts to two companies that paid him bribes, and required the "cooperation or at least the non-interference of many people" to pull that off, a congressional investigation has found...

The investigation found that Mr. Cunningham, a California Republican who is serving an eight-year prison sentence for bribery, repeatedly abused his position on the committee to authorize money for military projects, often over the objections of staff members who criticized some of the spending as wasteful.... 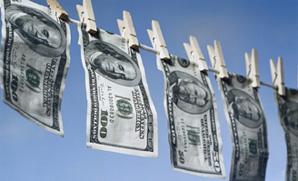 Wife of banned U.S. contractor held on suspicion of laundering

BERLIN (AP) -- The wife of an American military contractor accused of cheating U.S. taxpayers has been arrested on suspicion of laundering her husband's purportedly ill-gotten gains after investigators seized about $1 million from her accounts, a prosecutor said yesterday.

According to the Providence Journal, Mr. Battles ran unsuccessfully in the 2002 Republican primary for the right to challenge Rep. Patrick J. Kennedy, Rhode Island Democrat, for his seat. Mr. Battles reportedly is a U.S. Military Academy graduate who once worked for the CIA. Mr. Custer is a former Army Ranger.

The firm reportedly won $100 million in Iraq contracts before being banned in 2004. There also are accusations that Custer Battles then set up sham companies to continue receiving Iraq contracts.
http://washingtontimes.com/business/
20060918-095946-3280r.htm

LILLINGTON, N.C. -- Former CIA contractor David Passaro was found guilty of beating his ex-girlfriend, Bonnie Heart, in Harnett County. District Court Judge Andy Corbett sentenced him to 55 days in prison, which could be served along with his federal sentence. But, Friday’s decision was not the end of this case.

David Passaro strolled into court wearing just jeans and a T-shirt. He faced misdemeanor charges of assault, larceny, and damage to property. Passaro had been in court before on assault charges. In August, he was found guilty in federal court of beating an afghan detainee, and faces up to 11 years in prison.

In this role, Morgan will develop business development initiatives to strengthen and expand IIS' expertise in the intelligence sector.

Morgan's most recent assignment was with the CIA's Office of the Director of National Intelligence. Prior to this post, he held a variety of senior level intelligence positions with the CIA. 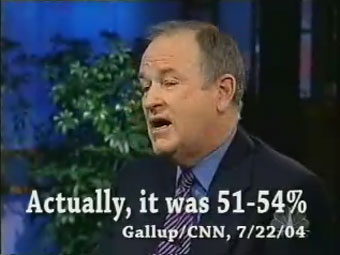 O'Reilly threatens Truth Professors With FBI Investigation By Paul Joseph Watson & Alex Jones 14 Oct 2006 During Professor Jim Fetzer's appearance on The O'Reilly Factor Thursday night, O'Reilly equated the 9/11 Scholars with terrorists and threw his weight behind a move to have them being investigated by the FBI, in a similar vein to a previous case in which his false charges led to the arrest of another professor and charges of supporting terrorism which were later dismissed. "I'd put the FBI on you and that nutty Barrett and find out what the hell you guys are up to," salivates O'Reilly, making reference to Sammy Al-Arian, a former professor at USF who was charged and later acquitted...
http://www.legitgov.org/

Comment: This guy obviously paid the price for his efforts to warn the U.S. government that their agents were about to act as the fall guys for a terror attack. This kind of witness elimination mirrors what happened after the JFK assassination.

He claimed he met three of the Sept. 11 hijackers in Shreveport a year before the attacks. Now, that man, Shreveport dentist Dr. David Graham, is dead. 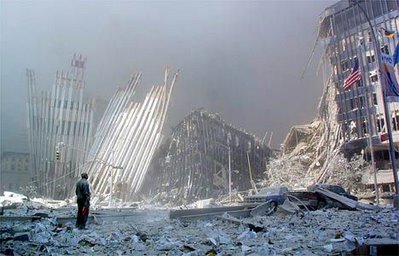 “The events of September 11 were ordered by U.S. [officials] and Mossad so that they could carry out their strategy of pre-emption and warmongering and unipolarisation in order to dominate the Middle East”, Major General Yahya Rahim Safavi told military commanders on Tuesday. His comments were reported by the state-run news agency ISNA. 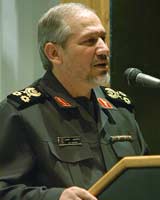 He said that Washington had been defeated in its strategy of “attacking Iraq, Afghanistan, and Lebanon” and creating a new order in the Middle East.

“The U.S.’s neo-conservative strategy was to dominate the vast energy resources of the Persian Gulf in order to be able to control Europe, China, and India and drive the world to a unipolar state. Therefore, it planned to change undesirable regimes such as those of Iraq, Sudan, Syria, and Afghanistan”. ...
(Source: http://www.informationliberation.com/?id=15423)
Posted by Alex Constantine at Friday, November 17, 2006