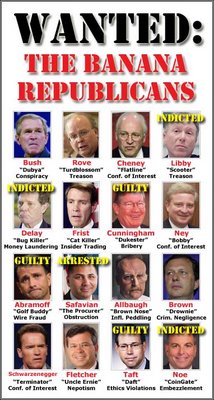 The CIA was very bullish on the smart card ... despite the occasional blowback:

"ROME, Italy (AP) -- It wasn't their lavish spending in luxury hotels, their use of credit cards or even frequent-flier miles that drew attention. Instead it was a trail of casual cellphone use that tripped up the 19 purported CIA operatives wanted by Italian authorities in the alleged kidnapping of a radical Muslim cleric. Italian prosecutors who have obtained arrest warrants for the 19 – none of whom are believed to be in Italy – presented evidence that the suspects used at least 40 Italian cell phones, some in their own names.

"Experts say that either they were bumbling spies, or they acted with impunity because Italian officials had been informed of their plan – a claim the government of Premier Silvio Berlusconi has publicly denied on several occasions. ... The wireless system used in Italy and most of the rest of Europe relies on a stamp-sized SMART CARD that is inserted in the back of every handset. This removable "SIM" card stores an individual's phone number and other account data... "

Despite the risks, the Agency was still keen on smart card technology. 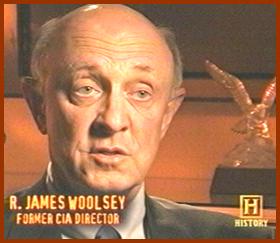 There was this press release on February 1, 2006: "New York, NY, and Ra’anana, Israel – SuperCom Ltd., a leading provider of smart card and electronic identification (e-ID) solutions, today announced that R. James Woolsey, former director of Central Intelligence and one of America’s preeminent authorities on security issues, will be chairman of the company’s newly created advisory board...."90

The Woolsey appointment passed without comment, but the takeover of Gemplus provoked a full-blown international incident.

The French interpreted the Texas Pacific Group's advances on the smart card maker as a textbook case of economic warfare. Mark K. Jensen, an associate professor at Pacific Lutheran University, wrote in Liberation (a Parisian newspaper co-founded by Jean Paul Sartre, dismissed by The Economist as "the bible of today's armchair revolutionaries.") that Gemplus was the victim of corporate looting, "an attempt to strip it of its patents and transfer them to the United States through an American investment fund, Texas Pacific Group (TPG)." The US was "behind in the area of cartes puce, a technology whose security applicatiotns have become a very sensitive matter." The "hidden hand of the CIA [was] behind TPG's interests."

The boyout was conducted with the full compliance of Gemplus founder Marc Lassus, "accompanied by a series of strange decisions. The new American directors of the French company first tried to move the company to the United States ... after having earlier transferred part of the human relations and legal affairs department to Geneva. After a year and a half of mobilization by Gemplus's manager-shareholders, the TPG fund named a new boss, Alex Mandl ... a board member of In-Q-Tel, the new technology investment fund created by the CIA. Even more bizarre, Mandl (still in charge, but having resigned from his term at In-Q-Tel) had omitted mentioning his former position in the CV he submitted to the board."91 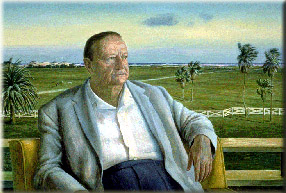 David Bonderman, founder of TPG, was a struggling investor when the Bass brothers (stakes in Disney, Human Genome Sciences, Globalstar) – heirs to the oil wealth of Sid Richardson (widely considered a key financier, with Clint Murchison, of the JF Kennedy assassination), their great-uncle - discovered him: "Lee Bass was immensely wealthy," the Texas Pacific web site reports, "but the 35-year-old was itching to aggrandize his already considerable fortune and to establish a name for himself.... He asked the 41-year-old Bonderman to lead the investment team he was gathering. Bonderman immediately agreed." 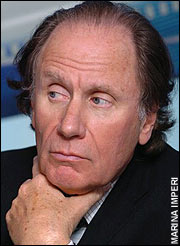 In 1983, on the day he wrapped up his last case at Arnold & Porter, "Bonderman packed his bags and moved to Fort Worth to spearhead the growth of the leveraged buyout (LBO) company Robert M. Bass Group. The Fort Worth residents were fighting against a proposed federal highway that they claimed would despoil the city's historic district. Significantly, the group was led by Robert Bass, one of four Fort Worth brothers whose inheritance from a wildcatter great-uncle had been built into a multibillion-dollar family fortune. Bonderman was hired to argue against the proposed highway and prevailed, impressing Bass a great deal and, unwittingly, steering his professional career in an entirely new direction. ... "92


The White House for Sale web site (http://www.whitehouseforsale.org/) reports that Lee Bass "ranked in 1999 as George W. Bush’s fifth largest career patron. When Bush’s ailing Harken Oil suspiciously won exclusive offshore drilling rights in Bahrain in 1990, the Basses bankrolled the venture. When Bush was governor in the late 1990s, several of his appointees to the University of Texas Board of Regents ... sat on the board of the newly created University of Texas Investment Management Co. (UTIMCO), which oversees billions of dollars of endowment funds. The Houston Chronicle exposed that UTIMCO’s board doled out lucrative investment contracts to firms with close ties to Pioneer UTIMCO Chair Tom Hicks [vice chair of Clear Channel] or George W. Bush, including firms tied to Pioneers Lee Bass, Robert Grady [Carlyle Group] and Charles Wyly [Swift Boat Vets]."93

Hellman & Friedman, TGP's partner in the takeover of Intergraph, was also immersed in CIA and Bush syndicate sleaze.

• Stanford University has a long history of collaboration with the CIA. Lloyd Dinkelspiel, Warren Hellman's uncle, was president of the Stanford Board of Trustees from 1953 to 1958.92 (I.W. Hellman, his great-grandfather, was instrumental into turning Wells Fargo into a leading financial institution in California.94) 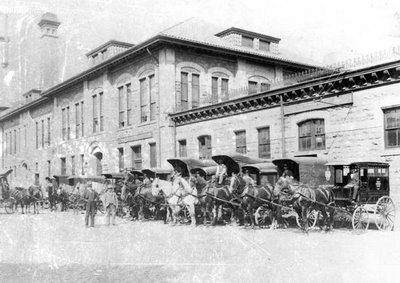 • When Michael J. Boskin (author of Too Many Promises: The Uncertain Future of Social Security), chairman of the President's Council of Economic Advisers under George H.W. Bush, returned to the Hoover Institute as a senior fellow, he received a teaching endowment from Tully M. Friedman, a managing partner of Hellman & Friedman.96

• Friedman is a director of the creepy American Enterprise Institute.97 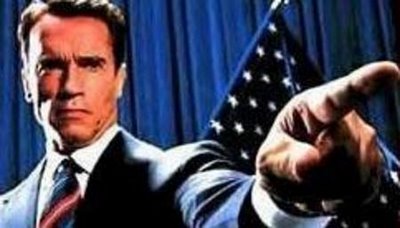 • Warren Hellman was named as an ex-officio member of California Governor Arnold Schwarzenegger's sinister Council of Economic Advisors in 2004, a panel that also includes Warren Buffett and George Schultz.98

• In March 2006, the San Diego Reader reported that Robert Dynes (hailing from AT&T Labs), president of the University of California and close friend of Randy "Duke" Cunningham, is married to physicist Frances Hellman, daughter of H&S founder F. Warren Hellman. "Hellman, 65, is the great-grandson of a founder of Wells Fargo Bank, an heir to the Levi Strauss denim clothing fortune, and one of the richest and most powerful businessmen in the state. A graduate of UC Berkeley, Hellman has long been a major player in the secretive internal politics of the University of California.... He has been a frequent contributor to the campaigns of politicians like Assembly Speaker, later San Francisco mayor, Willie Brown, and Governors Pete Wilson and Gray Davis.... Hellman, through his San Francisco firm Hellman & Friedman, manages billions of dollars for a host of investors, including the massive California Public Employees' Retirement System – CalPERS for short. In that role Hellman weathered charges that campaign contributions he and other family members made to state officeholders were intended to induce the CalPERS board to steer additional investment business to Hellman's firm.99

• In 2004, the Mills College Weekly reported, "a coalition of national and student organizations from over 60 colleges and universities, is targeting an investment company Mills College is invested in for being environmentally and socially irresponsible." These group pressured "Farallon Capital Management, LLC, where Mills College has had up to 19 percent of its endowment invested, to disclose all of their investments, some of which have been questionable in the past." In 1986, Thomas F. Steyer, an H&F managing director, and Matthew Barger, deputy chair of the investment firm, "founded San Francisco-based Farallon with start-up capital provided by Hellman & Friedman, a firm co-founded by a former Chairman of Mills' Board of Trustees, Warren Hellman. Today, Farallon manages over $9.8 billion, making them the fourth largest private investment fund in the world." An investment the coalition found particularly offensive was Halliburton, "a company profiting from the war in Iraq, as well as other questionable investments in Indonesia, Argentina, and Russia. As recently as December 2003, Farallon held 140,000 shares in Halliburton, worth a total of $3,640,000 at the time of reporting." It wasn't the first such protest. From the mid-1980s to the early '90s, when Hellman was Chairman of the Board of Trustees, "Mills students and faculty members marched, held sit-ins, signed petitions, and built and camped out in mock shanty towns, protesting the continued investment of millions of dollars in South Africa during apartheid. In 1984 The Weekly reported Mills had over $3 million in stocks invested in companies with direct investment in South Africa in 1984, and over $4 million by 1987."100 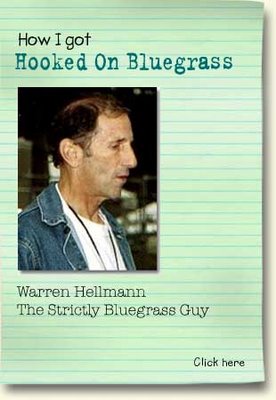 • "Hellman, jug-eared and wry," the San Francisco Chronicle observes, "runs below the radar screen of many Bay Area residents. But few local dealmakers can boast of anything approaching his impact on local politics, charities, the arts and business..... Hellman studied economics at UC Berkeley and graduated from Harvard Business School in 1959. The first 13 years of his career were spent at Lehman Bros. in New York. Deal-driven and aggressive, 'Hurricane' Hellman, at 26, became Lehman's youngest partner ever. Ten years later, he was company president."101 He didn't turn Lehman around himself, however. Chairman Peter G. Peterson – co-founder of the Blackstone Group, former chairman of the Federal Reserve Bank of New York (2000 to 2004), CEO of Lehman Brothers, Kuhn, Loeb Inc., 1977–1984, Secretary of Commerce under Nixon – had a hand in that.102

The Hellman-Lehman association began in 1870, when I.W. Hellman, Warren's great-grandfather, rode the transcontinental rail to New York and married German immigrant Esther Newgass. Esther's sister was the wife of Mayer Lehman, co-founder of Lehman brothers. For the arrival and early history of the Hellmans in America, see: http://66.102.7.104/search?q=cache:YpW9CJ0xreMJ:www.lajh.org/file_upload/DinkelspielFrances2004.pdf+I.W.+hellman+and+%22wells+fargo%22&hl=en≷=us&ct=clnk&cd=19
Posted by Alex Constantine at Friday, November 10, 2006