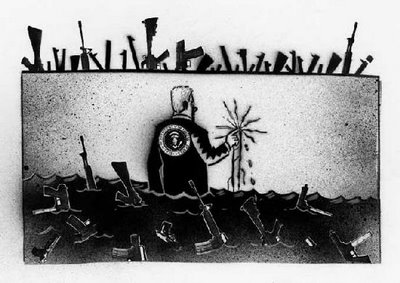 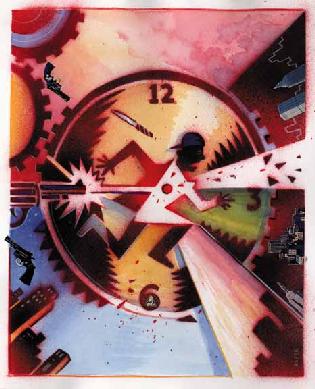 "You play with my world
Like it's your little toy ...

You put a gun in my hand
And you hide from my eyes,
And you turn and run farther
When the fast bullets fly." 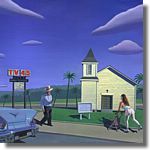 in Blue Grass country. It's either a God-spun miracle that the company is still open for business, or Galls has a full reserve of clout hidden in the stockroom. The great affection bestowed on Kentucky gun dealers by God isn't the entire explanation, however.

Galls provides a few more names for The Encyclopedia that began with the investigations of ACS and Intergraph: 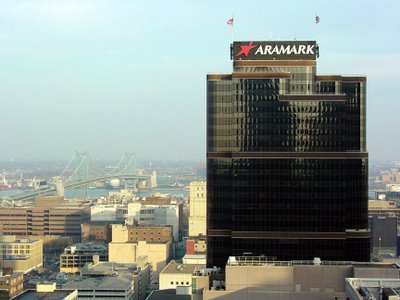 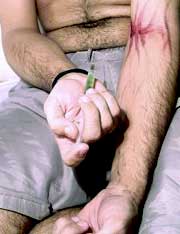 • Aramark is a division of Pepsico (which ((as we know since Alfred McCoy reported it 40 years ago)) operated a heroin refinery in Laos with impunity during the Vietnam War period with the lobbying assistance of Nazi collaborator and wartime black-market rubber dealer Richard Nixon ((before his ascension, an act of world terrorism that tops ANYTHING the Symbionese Liberation Army, Abu Sayyef or the "American Taliban" ever did, even collectively)) – see http://www.holysmoke.org/wb/wb0126.htm).

• RAY HUNT (part 17), a FAMILIAR face (how peculiar and utterly unexpected), sits on the board of directors at Pepsico.127 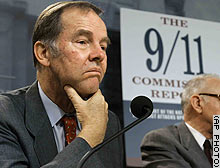 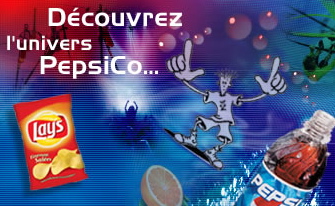 • Pepsico was a driving force in the overthrow of Salvador Allendé and rise of Operation Condor (part 12).129 Greg Palast wrote in the London Observer that the coup plot "against Chile’s President-elect Salvador Allende, using CIA ’sub-machine guns and ammo,’ was the direct result of a plea for action a month earlier by Donald Kendall, chairman of PepsiCo, in two telephone calls to the company’s former lawyer, President Richard Nixon. Kendall arranged for the owner of the company’s Chilean bottling operation to meet National Security Adviser Henry Kissinger on September 15. Hours later, Nixon called in his CIA chief, Richard Helms, and, according to Helms’s handwritten notes, ordered the CIA to prevent Allende’s inauguration."130

• Thomas Kean has had vaguely-defined business dealings with Khalid bin Mahfouz (who is not, despite televised name-dropping by the CIA's James Woolsey a few years ago, the "brother-in-law of bin Laden") of the Saudi-owned National Commercial Bank and BCCI.131 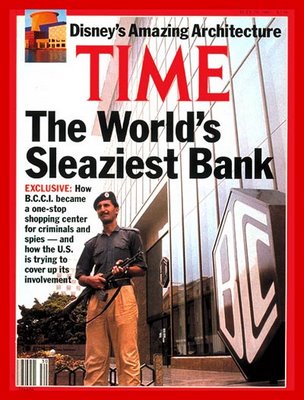 • Aramark, Inc. is represented by the Baker Botts law firm.

• There is some dispute about Nixon's visit to Dallas on November 22, 1963, but there is no argument that he was there on Pepsi business. Oliver Stone maintains that Nixon attended parties "thrown by Texas businessmen who hated Kennedy," and left town an hour before the murder.132 The Fletcher Prouty school of JFK assassination researchers insist that Nixon attended a Pepsi convention on the 22nd, an allegation that began with Harvey Russel of the Pepsi Cola Company in a 1975 while attending a lecture by an Esquire writer who'd documented Nixon's presence in Dallas. During the Q&A session, Russel claimed that Nixon had attended the conference. This was later confirmed by Russel's father, another Pepsi executive who alleged that Nixon was there. 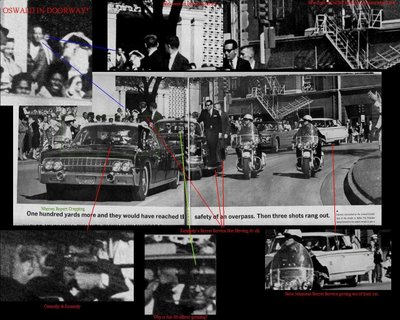 The Warren Commission Report, however, repeats Nixon's claim that he was attending a Pepsi board meeting, but notes, "a subsequent review of Pepsi-Cola corporate files revealed there was no record of any Pepsi-Cola board meetings in Dallas in 1963."134

In "Dirty Politics – Nixon, Watergate, and the JFK Assassination," researcher Mark Edwards writes: "With Nixon in Dallas was Pepsi-Cola heiress and actress Joan Crawford. Both Nixon and Crawford made comments in the Dallas newspapers to the effect that they, unlike the President, didn't need Secret Service protection, and they intimated that the nation was upset with Kennedy's policies. It has been suggested that this taunting may have been responsible for Kennedy's critical decision not to order the Plexiglas top placed on his limousine on November 22. [Note: The Pepsi-Cola company had a sugar plantation and factory in Cuba, which the Cuban government nationalized in 1960.]"134 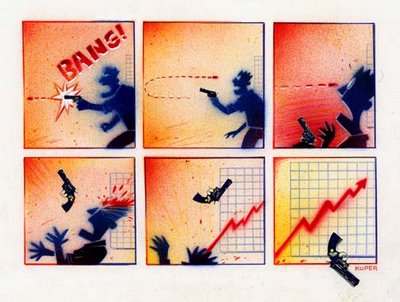 All of this adds up to considerable influence – the Galls reserve of clout – and the company had a full chamber of it. Even after Phillip Galls had committed serious violations of domestic export law and got caught at it, others took the fall. The full story has never appeared in newsprint – Phillip Galls & Sons is a merchant-of-death. The company basks in a reputation belied by its submerged history. 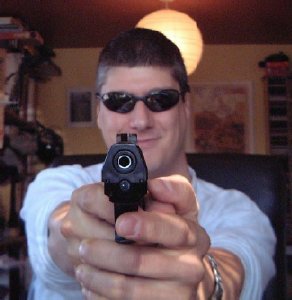 The Galls illegal arms trade saga was forshadowed by the arrest and January 15, 1999 conviction of Yuri Montgomery, a Macedonian immigrant, by a U.S. district court judge in Washington, D.C. Montgomery, according to Department of Commerce records, pled guilty "to exporting various U.S.-origin crime control items from the United States to Macedonia and Slovenia without the required export licenses. The investigation was conducted by OEE's Boston Field Office and the U.S. Customs Service."136

The probationary sentence followed a prior conviction in 1996. Brian Wood and Johan Peleman, in The Arms Fixers, report that Yuri Montgomery (also known as Yuri Malinkovsky) had connections to "former Yugoslavia and ran a company called Fortend USA. Montgomery pleaded guilty in the District Court of California in November 1996 after a customs investigation found that his company had illegally exported ammunition, laser-gun sights, night-vision goggles, electro-shock weapons, tear gas, double-lock handcuffs and military helmets from the USA to clients in Macedonia and Slovenia. Fortend USA had sent the equipment without obtaining valid export licences. It is believed that some of this may have ended up in Serbian hands since torture with such shock weapons began in Kosovo."137

Montgomery qualified for the three-time loser club when he was caught at it yet again, this time in collaboration with a certain black market arms dealer in Lexington, Kentucky. According to a news report that appeared on WTVQ-TV in Seattle in June 2004: "A Seattle man whose home was searched last year shortly before the raid of a Lexington military and police equipment supply company has been charged with shipping illegal goods to Macedonia. Yuri Montgomery has been charged with making eleven illegal shipments to that country. Authorities with the Commerce Department say a twelfth shipment had been intercepted at the Cincinnati-Northern Kentucky International Airport."138 AP reported that Montgomery's bank and credit cards were seized. 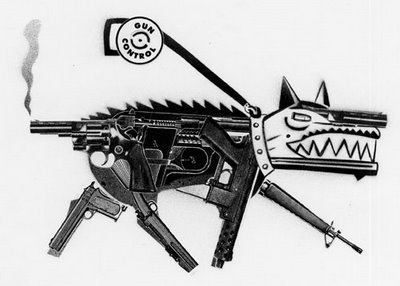 Wood and Peleman write that U.S. arms export laws are "sometimes a paradox." Loose regulation of gun sales have meant "a steady flow of small weapons smuggled across the borders, particularly into Mexico. However, a relatively tough US law on international arms brokering was introduced in March 1998. It requires any US citizen, wherever located, and any foreign person located in the USA or subject to US jurisdiction, engaged in the brokering of arms, to first register and to obtain prior written approval for each proposed transaction. Registration and licence approval must be obtained from the Office of Defense Trade Controls of the US Department of State. These requirements are set out in the Arms Export Control Act and related regulations, the International Traffic in Arms Regulation and the Munitions List. The latter defines what are termed ‘defense articles.’"

The incident barely rated a ripple of a scandal stateside, but in Macedonia, the arrest of Yuri Montgomery did not pass unnoticed. The commotion was on a par with Iran-contra in this country.

It was reported in Aim that the the "most bizarre" protagonist of the ensuing scandal was "deputy Vanco Cifliganec. With his public appearance in the Assembly, he hinted that there are other participants [in the weapons transfers] and that they are very powerful." 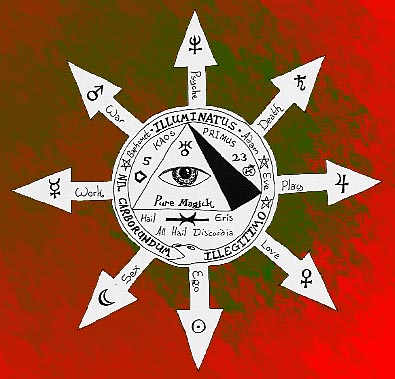 At the "tip of this newest profit-making pyramid" was "the leadership of the state."

There were the usual scripted bromides, but "the current defence minister Lazar Kitanovski was not convincing either while he was fruitlessly explaining that Macedonia had not violated the embargo and bought American weapons without a permit." Cifliganec announced "that the persons in charge would investigate who was responsible," and this "just added fuel to the fire."

"It all began when a short piece of news of Associated Press from America exploded like a bomb in Macedonian media. Quoting the register of court proceedings in the USA, the respectable AP published that criminal proceedings had been instigated against the enterprise called Fortend-USA for illegal sale of weapons to Macedonia and Slovenia. Macedonian media immediately linked Fortend-USA with a Macedonian firm called MIKEI-Fortend. Macedonian Fortend is one of the suppliers of military and other equipment for the Macedonian government from the time of the embargo on arms and selling of weapons in the Balkans.

"It was immediately made public that the owner of the American Fortend was certain Jurij Montgomery, alias Uros Malinkovski. He turned out to be the brother of Pance Malinkovski, the owner of Macedonian Fortend. The coincidence was too self-evident. The link is quite logical for the domestic public: if the American court has raised charges against Fortend-USA, the Macedonian MIKEI-Fortend must have something to do with it, the name cannot be the only connection between the two.

"Once such a connection was established, an avalanche of revelations started in public. 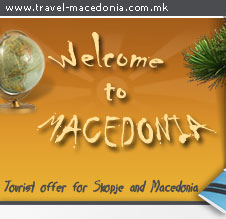 "Father of the undestined assassin Zoran Saklev, Kamce Saklev, bragged that his son had revealed in America the dirty business of brothers Malinkovski, who jointly supplied Macedonia with weapons during the embargo." They may have "even supplied the army." Then again, "father and son Saklev have themselves registered an enterprise for import and sale of weapons called Mak-Bereta which did not succeed to become the supplier of Macedonian ministries of defence and interior affairs."

The Macedonia government chose Mikei-Fortend ... and its steady supply of arms from American arms traders, including Galls ...140

137.) Wood and Peleman, Back to the High Tech Future," The Arms Fixers: Controlling the Brokers and Shipping Agents."
http://www.nisat.org/publications/armsfixers/