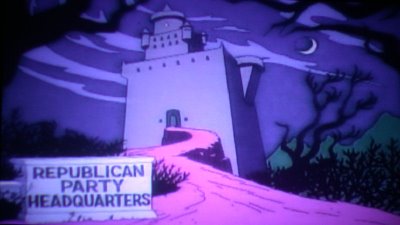 They don't come streaming over the border - they already live here. And they are "I-L-L-E-G-A-L."

Republicans have no business living in OUR cities - every single GOP political leader, AND their wilfully-ignorant DUPES, need to be locked away by SECRET HOMELAND SECURITY POLICE for acting out "conservative principles," shipped off to exile in some Third World Hell, out of sight, out of mind. THEY take your jobs, loot your businesses, manipulate your fuel prices, send your children off to suffer excruciating death and mutilation in pointless foreign wars, breathe OUR air, approve contaminated pharmaceuticals ... and have the nerve to wax JINGOISTIC at every opportunity. They poison our wells, create deficits, warm the globe, collaborate with Hitler, rig elections, pollute our airwaves, kill President KENNEDY, import narcotics, leave your children behind, drop cluster and phosphor bombs on innocent people, violate the Geneva accords ... and despite all of this rampant stupity, speak of "intelligent design" ... in a world THEY have DEFILED.

Had enough? By overthrowing the Constitution, violating the laws of the land, waging illegal wars and installing a dictatorship, they have relinquished their claim to citizenship - they are common felons - ILLEGALS.

If ever there was a scapegoat to revile, it isn't the poor Latino, fleeing a martial dictatorship installed by the United States, harsh employment conditions, and blood-thirsty, corporate-fueled, CIA-trained paramilitary law.

Republicans have RUINED every country on earth. Now they are raping the US.

It is the ILLEGAL Republican - the grinning, oily, greedy terrorist within - with his ill-gotten executive perks, well-paid bribing lobbyists, golf club conferences, defense contracts, inflated salary and subsidiary propaganda fronts ... they blame YOUR miseries on brown-skin immigrants who make your beds and pick your cabbage for a pittance - and keep (Republican) agri-business prices from sky-rocketing.