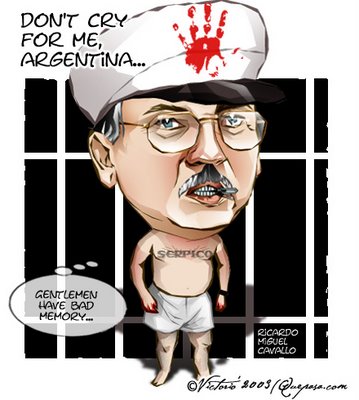 Gemplus history, like the Quandts', is steeped in mass murder ... 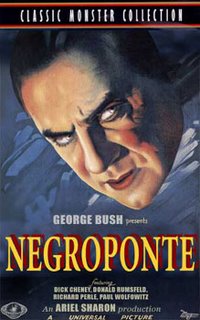 Iran contra's Elliot Abrams and John Negroponte were fond of Latin American Nazis. Toni Solo, an activist in Argentina, writes that the latter "refined their torment of Jewish victims back in Buenos Aires by torturing them beneath portraits of Adolf Hitler." Argentine paramilitary officers trained the Honduran army in "techniques of mass repression while John Negroponte was ambassador in the Honduran capital Tegucigalpa from 1981 to 1985. There he worked closely with Honduran armed forces chief Gustavo Alvarez Martinez to impose a 'national security' state on the Argentine model – that is, a police state based on extra-judicial murder."85

But finances for political murder didn't grow on trees. Solo observes, "legal funds were hard to come by, illegal sources served, including drugs proceeds and money siphoned through the fraudulent Bank of Commerce and Credit International, courtesy of links between George Bush Sr., the Saudi royal family and the Bin Laden family."

BCCI collapsed after press reports tied the international bank to the Medellin cartel. "At this time, both Colombia and Taiwan also gave training. But the principal countries involved were Argentina and Israel.

"To help things along, Israel set up a plant in Guatemala to manufacture Galil rifles. Under an agreement reached in October 1981, 200 Guatemalan army officers took anti-insurgency courses in Buenos Aires including use of 'interrogation techniques.' Among their 'instructors' was Ricardo Cavallo."

Cavallo has been charged with involvement in 337 political kidnappings, 227 disappearances, "and the theft of children of political prisoners. 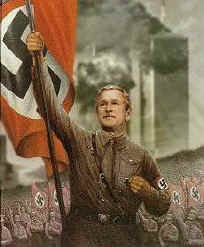 "Cavallo's story stems from Plan Condor and threads back to the current Bush administration.

"Cavallo and his colleagues, Jorge Radice, Jorge Acosta and others were torturers in the Argentine armed forces. They forced their victims to sign authorities permitting them to dispose of their property, bank accounts and belongings. Cavallo also worked closely with the Bolivian army under Luis Garcia Meza in the early 1980s when Bolivia was virtually run by drugs traffickers. With their illicit capital, Cavallo and his friends set up the security and data control businesses Martiel and Talsud in Argentina. They made deals with Seal Lock, an Argentine company representing US-based Advantage Security systems. Martiel represented Casa de la Moneda of Brazil, CONSAD of Argentina, Ciccone Calcográfica and the French smart card firm GEMPLUS." 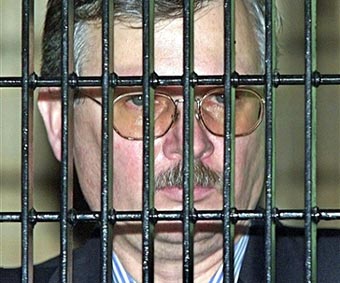 "Talsud and Martiel were virtually interchangeable, both worked on the deal to emit the New Zaire currency for CIA favourite President Mobutu in Zaire in 1993. In 1995, Bridas subsidiary TTI and Seal Lock helped Talsud secure lucrative deals in Argentina's Mendoza province. In 1996, Talsud got the contract to issue driving licenses in Argentina's Rioja province. Among Seal Lock's clients were the Argentine Ministry of Foreign Affairs, the Argentine Central Bank, The National Registry of Bolivia, Shell Paraguay and Israel's ZIM maritime line. Cavallo and his brother Oscar also set up a business in El Salvador called Sertracen, closely linked to the Salvadoran military. Sertracen issues driver and gun licenses in El Salvador.

"In August 1998, Cavallo entered Mexico as a tourist, miraculously managing to process his residency within a month. Within a year his Talsud company was bidding for the Mexican driver licensing authority (RENAVE), together with Gemplus and the Mexican company CIFRA. On September 7th 1999, they won the contract guaranteeing an estimated annual turnover of $400 million."

The Cavallo/RENAVE scandal made Mexican headlines in 2003.

And the death count began ...

Commerce Vice-Minister Raul Tercero signed off on the RENAVE deal. Tercero's body was found, throat cut, in a wooded area near Mexico City.

"In October 1998, during a bribery scandal involving IBM, Marcel Cattaneo, brother of the owner of Cavallo client CONSAD, was found hanging from a lamppost. That apparent suicide followed similar suspicious deaths. In June 1998, a friend of President Carlos Menem, leading businessman Alfredo Yabran, associated with De La Rue subsidiary Ciccone Calcografica, was found dead. In August of the same year Jorge Estrada, Cavallo's former chief at the ESMA torture center and a shareholder in Martiel, was found dead, another apparent suicide."

The Texas Pacific Group came along in 2000 to invest in Luxembourg-based Gemplus and its smart card. The newswires documented significant changes in management and base of operations: "After the buyout, the new board made some odd decisions." First, all development and manufacture of Gemplus smart cards would be moved to the United States. This provoked widespread rage in France "until the board eventually backed down." In 2002, "the board appointed a new President, an American named Alex Mandl. Mandl resigned his position as a board member of In-Q-Tel to take his new job as GemPlus CEO. He is still the CEO today."86

In-Q-Tel, of course, is a well-known CIA-sponsored commercial front. "The origins of the concept that has become In-Q-Tel," the company's site reports, "are traceable to Dr. Ruth David, a former CIA Deputy Director for Science and Technology." 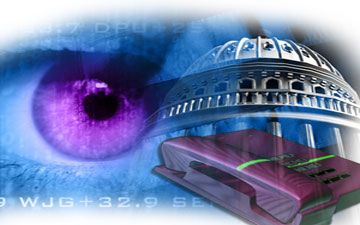 This next step gives away the store – DCI George Tenet "had just launched his STRATEGIC DIRECTION INITIATIVE that included technology as one of its areas for review. The study made a direct link between the Agency's FUTURE TECHNOLOGY INVESTMENTS and improving its INFORMATION GATHERING and analysis capabilities."87

This is a stunning confession – straight from the In-Q-Tel web site. It says that the machinations behind the acquisition of Gemplus were intended to bring the smart card under the control of Langley to advance the CIA's abilities to SPY ON US.

A smart card, of course, is a any pocket-sized slab of spun petroleum with embedded integrated circuits. Memory cards contain non-volatile data storage components and and perhaps a fixed bit of security logic. Microprocessor cards contain memory circuits and microprocessors. They can range in complexity from simple identification codes to the equivalent of a miniature computer.

The smart card has been the source of widespread concern, as the Toronto Star reported on January 15, 2001: "The Ontario government's plan to create smart cards to access a wide range of government services should be a red flag for anyone concerned about privacy, warn computer and privacy experts. David Jones, president of Electronic Frontier Canada, a group committed to protecting privacy and freedom of expression in cyberspace, says his worst fear is the creation of a 'surveillance society.' In a Big Brother world of electronic surveillance, 'a government watches every aspect of your life constantly and cross-references all of the different interactions you've had with the government,' says Jones, a professor of computer science at McMaster University."88 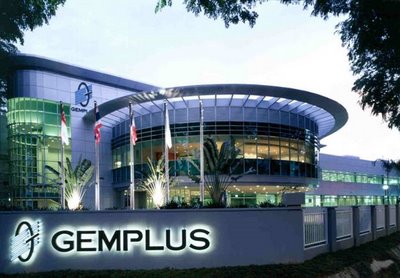 The shake-ups at Gemplus continued: 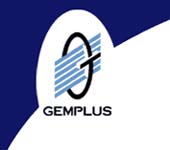 "Smart card vendor Gemplus International SA has finally appointed a new permanent CEO after a nine-month search, but the company's new leader, Alex Mandl, has immediately walked in to controversy over his ties to the US Central Intelligence Agency. The Luxembourg-based company has been searching for a full-time CEO since it axed its former leader Antonio Perez in December 2001. The boardroom struggle also saw the ousting of the company's chairman Marc Lassus, and centered on a plan to move the company's headquarters from Paris to San Francisco."

"A miserable nine months have followed, with the company cutting 1,000 jobs, accepting the resignation of its CFO and the writing down of 66.9m euros ($66.5m) from the value of a loan granted to Lassus to enable him to buy company shares.

The appointment of a new permanent CEO should have given the company cause for celebration, but has instead sparked new controversy. At least one board member, Ziad Takieddine, has expressed concern about Mandl's appointment, given his links with the CIA. 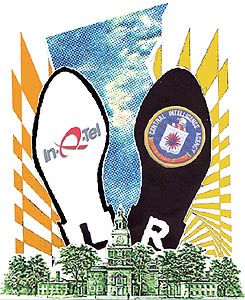 "Before accepting the role as Gemplus CEO, Mandl served on the board of trustees of In-Q-Tel, a non-profit organization sponsored by the CIA that invests in technological innovations that may aid national security. According to a Dow Jones report, several board members opposed Mandl's appointment on the grounds that his links with the CIA could undermine Gemplus's ability to sell smart card technologies in some countries. Among those who reportedly opposed Mandl's appointment is Gemplus's current chairman, Dominique Vignon. However, Mandl's appointment was carried by a majority of the company's board, and the support of the company's largest shareholder, Texas Pacific Group."89 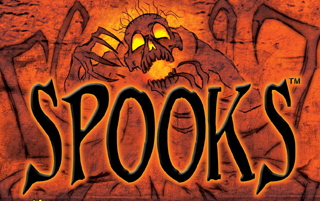