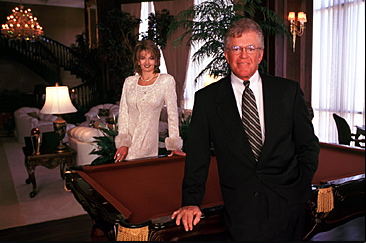 Affiliated Computer Services (ACS) is one of the largest companies still headquartered within the actual city limits of Dallas.  Today, its CEO Mark King and its CFO Warren Edwards resigned during an ongoing investigation by the SEC over backdating options.  Former CEO Jeff Rich quit in September over the same issue.  To date over 60 of ACS top brass have gone packing.  However, company founder and board chairman Darwin Deason has not been named in any investigations to date.

Y'all are familiar with Affiliated Computer Services by now, right? That's the company that used to employ Family & Social Services Administration Secretary Mitch Roob and currently is part of the only group bidding for a $1 billion contract to privatize Medicaid and other social services in Indiana.

TDW has asked this before, and she'll ask it again now: Are we super-duper-certain that these are the guys we want funneling tons of cash out of our state in exchange for who-knows-what kind of service? From a press release issued today (hat tip for the heads up):

"DALLAS, Nov. 27 /PRNewswire-FirstCall/ -- Affiliated Computer Services, Inc. (NYSE: ACS), a premier provider of business process outsourcing and information technology solutions, today announced the completion of the Company's internal investigation into its historical stock option practices and the actions it is taking in response to the findings of the investigation, including changes in its executive management. 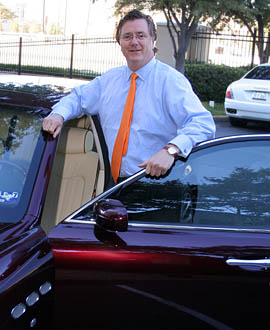 "Darwin Deason, Chairman of the Board, commented, 'The Board of Directors and I have the highest degree of confidence in the leadership capabilities of Lynn Blodgett and John Rexford. Their long-term executive management experience with ACS will allow them to quickly assume their new responsibilities and ensure continued service excellence for our client base, strong leadership for our employees, and long-term growth in value for our shareholders. This is a strong reflection on the depth and breadth of the ACS management team.'

"The Company is continuing to review and evaluate the results of the internal investigation and recent accounting guidelines established by the Securities and Exchange Commission to determine the accounting consequences of the use of incorrect measurement dates during the period from 1994 through 2005. The Company currently expects that the incremental cumulative non-cash compensation expense related to incorrect accounting measurement dates will be approximately $51 million, plus additional tax related expenses. This estimate may increase or decrease when finalized. The Company has not yet determined the impact of these accounting adjustments on its historical and current period consolidated financial statements or on its assessment of effectiveness of internal control over financial reporting, nor whether it will be required to restate its consolidated financial statements as a result of these adjustments.

"The Company has informed the Securities and Exchange Commission and the United States Attorney's Office for the Southern District of New York of the matters described in this press release and will continue to cooperate with these governmental entities and their investigations."
Posted by Alex Constantine at Monday, November 27, 2006