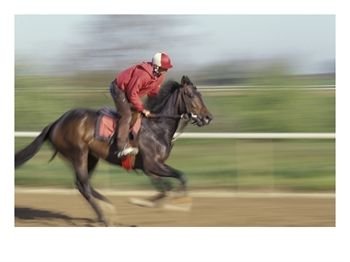 The begging questions are back, rattling cups. What do the Saudi propaganda minister and terror from the skies on 9/11 have to do with an obscure race horse breeding farm in Lexington, Kentucky?

And the death of Marcie Thomason? You crave a long view – to unroll the invisible map of biographical coordinates on that doomed plane, take it all

in at once. But that's not possible ... and every question you answer only tosses off ten more questions, like sparks from a grinding wheel ... 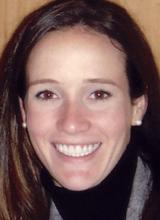 Thinking, in this investigation, is working ... Mill Ridge Farm is the nexus here ... Marcie Thomason's father ... (the late) Prince Bin Salman boarded his horses at the Mill Ridge stables ...

Mill Ridge is not far from the site of the crash, Bluegrass Airport. 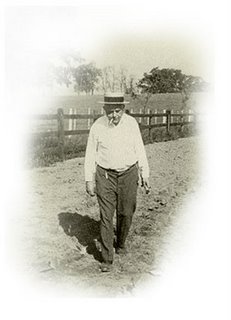 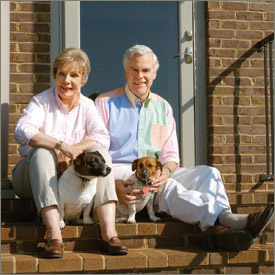 The 484-acre breed farm, according to it's web site, was founded in 1962 by Alice Headley Chandler. The current owners are Dr. John Chandler and Alice Headley Chandler. Alice inherited the property from Hal Price Headley, her father – the founder of the famed Keeneland racetrack near Lexington, and its first president. Dr. Chandler is from south Africa.185 The Mill Ridge logo displayed at racing events is made of Hal Headley's old racing silks. His influence on the racing industry survives in the bloodlines of several champion broodmares, most notably Alcibiades.186 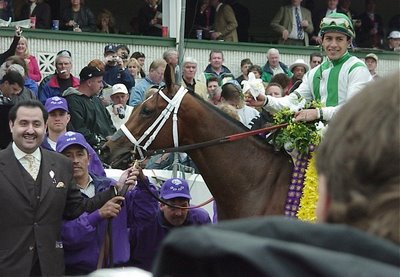 The Chandlers not only cared for Prince Ahmed bin Salman's horses, as widely reported – the family is VERY close to the Saudi royal family. In fact, Dr. Chandler oversees ALL horse-related business in North America for Khalid Abdullah, the cousin of bin Salman and Prince Turki – the focus of the aforementioned rage in England over the sale of torture implements to the Saudi rulers and a secret slush fund (part 23).187 Dr. Chandler RUNS Prince Abdullah's racing enterprise, Juddmonte Farms ... but that only raises ... more questions. 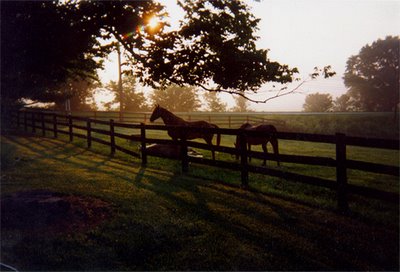 Beginning with: How is it this sleepy little horse farm in rural Lexington is in business with Saudi eminences tied to arms smuggling, BCCI, 9/11 psyops and the wretched Bush clan? These aren't just any eminences – they've long been financially symbiotic with the Bush family and Big Oil down in Houston and Dallas.

Alice Headley Chandler is their kind of woman.

The Breeders' Cup, where Marcie Thomason worked, is managed by a set of trustees, among them Alice Headley Chandler.

Two other trustees of the Breeders' Cup are old familiars in the history of the Bush clan:

Alice Chandler was born with her father's horse sense, not just his assets. And she's a very busy little woman. Ms. Chandler also chairs the University of Kentucky's Equine Research Foundation. On the board of directors, once again ...

Farish is a known unknown in Blue Grass country, but the Chandlers are old friends. Will's horse farm, Lane's End, is just down the road from Mill Ridge. On this map, The Headley-Chandler property is located immediately south of Blue Grass Airport (the airplane marker). Will Farish's ranch is to the north of Versaille Road, marked by the green stars. Flight 5191 crashed between the two horse farms: 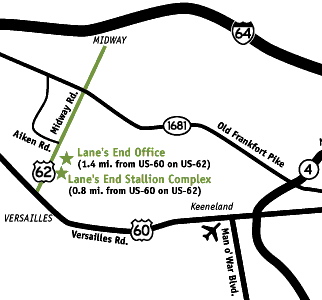 "William S. Farish III (born March 17, 1939) is an American millionaire," says his Wikipedia entry, "a previous U.S. Ambassador to the United Kingdom (2001-2004) ... a horse-breeder, a chairman of Churchill Downs, major Republican Party donor, and family friend of President George W. Bush for several decades. He was awarded an honorary Doctor of Laws from the UNIVERSITY OF KENTUCKY in 2003. Farish was born in Houston, Texas in 1939. His father, William S. Farish Jr., was killed in an airplane accident during World War II. He is the grandson of William Stamps Farish II, who was President of Standard Oil from 1937 to 1942."190

• "An avid horse-breeder, Farish owns the 1800 acre Lane's End Farm near Lexington, Kentucky, which hosted Queen Elizabeth, a family friend, during her visits to Lexington.

• "Prescott Bush and William Farish Sr. were business partners in the 1930s and 1940s. Farish Sr. died of a heart attack on 29 November 1942; his son, William Farish II, died in a training accident in Texas six months later. William Farish III served on the board of GHW Bush's Zapata Corporation starting in 1966. Farish III was tapped in 1980 to manage Vice President Bush's blind trust.

• "Farish's grandfather, William Farish, on March 25th, 1942, pleaded no contest to conspiring with Nazi Germany while president of Standard Oil in New Jersey. He was described by Senator Harry Truman in public of approaching "treason" for profiting off the Nazi war machine. Standard Oil, invested millions in IG Farben, who opened a gasoline factory within Auschwitz in 1940. President George W. Bush appointed Farish American Ambassador to London. 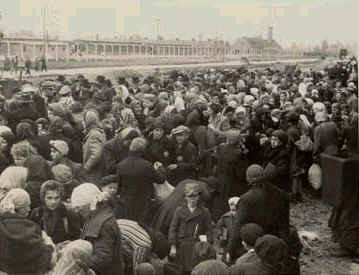 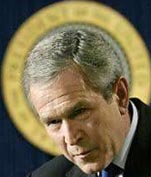 • "Farish's contributions to the Republican Party include: $100,000 to the Bush-Cheney inauguration committee fund – $26,875 to Republican candidates and parties between 1999-2000, including the maximum $1,000 to President Bush's campaign – $5,000 to the Bush-Cheney vote recount – Farish's support for Democrats was limited to a single contribution of $1000 to the unsuccessful campaign of former Rep. Scotty Baesler (D-Ky.). Farish's wife Sarah has also contributed to Republican politicians: $11,000 between 1999-2000, $1,000 to President Bush's campaign.190d 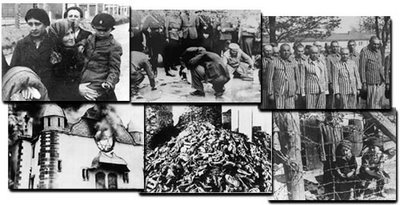 • Farish, Sr. drips with Holocaust wealth, but – like his friend George Bush – he is deeply concerned about the world affairs: 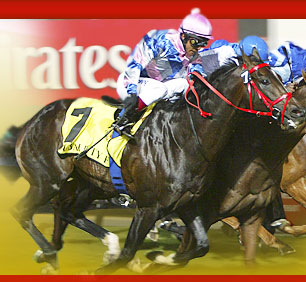 "William S. Farish, the United States Ambassador to Great Britain and owner of Lane's End near Versailles, Kentucky, considers a war with Iraq all but inevitable and fears it may result in the cancellation of the Dubai World Cup (UAE-G1) program in the United Arab Emirates on March 29. Farish, a close friend of the family of President George W. Bush and an acquaintance of Dubai Crown Prince Sheikh Mohammed bin Rashid al Maktoum, said he thinks a decision on war is likely by the end of next week ... "191 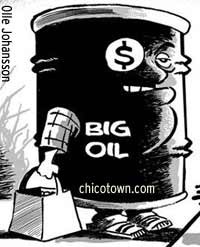 East meets West at the oil well, at the racetrack and Mill Ridge Farm. This particular branch of the Fahd family may be Saudis, but they are are planted to both worlds. Prince Turki, for instance (from the 9/11Encyclopedia site): 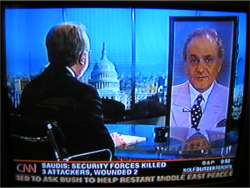 "Prince Saudi Turki al Faisal has a long tradition of friendship with the US government." Among his associates, count "Bin Laden's cousin Sheikh Suhail Ibn Mustahil Ibn Salem," who in league with James R. Bath and Khaled bin Mafhuz, were business partners of George W. Bush "in the family's Zapata 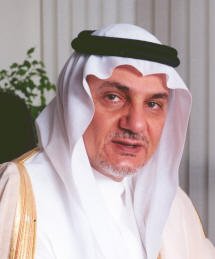 Oil and Arbusto Ltd. Bin Laden's family had invested in the Carlyle Group (Blackstone), specializing in buyouts of defense and aerospace companies, in which George Bush Sr. holds the position of Consultant. According to business magazine Forbes, the father of Khalid bin Mafhuz (part 20 on BCCI, Harken) [founded] the main Saudi bank, the Commercial National Bank, that created diverse companies in collaboration with the Sico, Swiss society of the Bin Laden Group.... 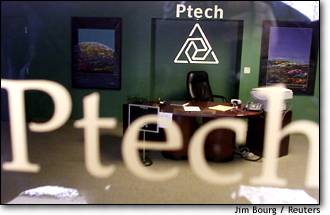 "In December 2002, it was revealed, that Mahfouz' main business partner, YASSIN AL-KADI, was the secret owner of US-computer company PTECH." His business clients include Applied Materials, BoozAllenHamilton (Woolsey territory, the first witness called by the Kean Commission, name-dropper ((see parts 13, 21)), FBI, IBM Global Services, IRS, The Mitre Corporation, NATO, NAVAIR, PricewaterhouseCoopers, Sprint and the US Air Force.188 Ptech and the Mitre Corporation have been associated with 9/11 since financial analyst Indira Singh maintained that both "were in the basement of the FAA for two years prior to 9/11. Their specific job [was] to look at interoperability issues the FAA had with NORAD and the Air Force in the case of an emergency. If anyone was in a position to know [there] was a window of opportunity or to insert software or to change anything – it would have been Ptech along with Mitre."192

Al-Kadi, Mahfouz's partner, was a member of the World Anti-Communist League (WACL), but that's another story ... 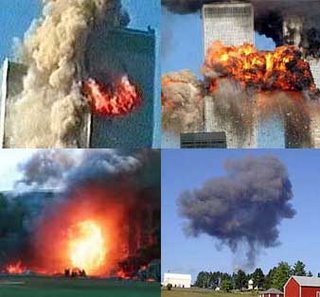