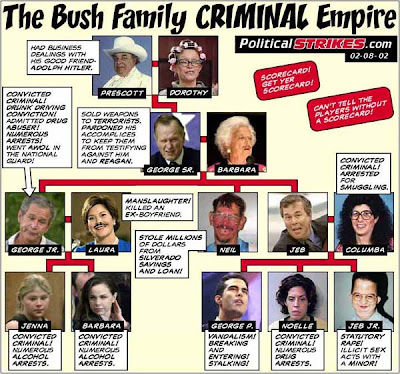 "A clique of U.S. industrialists is hell-bent to bring a fascist state to supplant our democratic government and is working closely with the fascist regime in Germany and Italy. I have had plenty of opportunity in my post in Berlin to witness how close some of our American ruling families are to the Nazi regime.... A prominent executive of one of the largest corporations, told me point blank that he would be ready to take definite action to bring fascism into America if President Roosevelt continued his progressive policies. Certain American industrialists had a great deal to do with bringing fascist regimes into being in both Germany and Italy. They extended aid to help Fascism occupy the seat of power, and they are helping to keep it there. Propagandists for fascist groups try to dismiss the fascist scare. We should be aware of the symptoms. When industrialists ignore laws designed for social and economic progress they will seek recourse to a fascist state when the institutions of our government compel them to comply with the provisions."

In 1933, Marine Corp Major General Smedley Butler was approached by a cabal of influential American bankers and industrialists working under the umbrella of the front group, American Liberty League. Their request of Butler: that he lead a 500,000 strong force of rogue veterans in a coup against FDR and the legal American government. The intent of this cabal, already supporting the efforts of Hitler and Mussolini in Europe, was to instill a government not unlike that of Hitler and Mussolini in the United States.

Butler went along with the scheme until he was able to ascertain who the participants were. He then blew the whistle on this group before the House Committee on un-American Activities. For his efforts, Butler was ostracized and black-balled by the mainstream media; his testimony before the House Committee on un-American Activities was omitted from the record. The cabal was never brought to justice, but the coup was foiled.

Who were the American bankers and industrialists involved in this plot to overthrow the legal government of the United States? According to Wikipedia, while most of the funding came from the Du Pont family, participants included U.S. Steel, General Motors, General Foods, Standard Oil, Birdseye, Colgate, Heinz Foods, Chase National Bank, and Goodyear Tire and Rubber Company.

It was from the lips of George Herbert Walker Bush that the American people heard the phrase, “New World Order.” And America watched as GHW Bush passed the reins of power to his “good friend who is like a member of the family,” William Jefferson Clinton, who then passed the reins on to George Walker Bush in what can only be termed a fraud-ridden election, re-elected for a second term in the same manner.

Under the reign of George Walker Bush, we have watched him wage war on America, the American people, and American sovereignty; we have watched him institute executive order after executive order in his pursuit of absolute power, labeling himself “the decider” while the American legislative branch does absolutely nothing to curtail his abuse of power. His actions mirror those of Hitler in his quest for power in Germany.

And just like Hitler, Bush is using fear to keep the American people supporting his un-American activities, starting with the events of September 11, 2001. And every time Bush wants something more, another threat emerges and Congress and the American people, with few exceptions, fall in step. Yet the greatest threat to the American people, American sovereignty, the American way of life sits in the White House, not in Iraq, not in Afghanistan, not in the Middle East.

And if the reins of power are passed from George Walker Bush, which many at this point have serious doubts will happen, given Bush’s ability to wage war on the American people through terrorism and the American people’s willingness to blame the same on foreign born terrorists, that power will be passed, by corrupted balloting if necessary, to Hillary Rodham Clinton, protégé of self-avowed Marxist Saul Alinsky, who, in his book, Rules for Radicals, paid homage to Lucifer as “the first radical known to man who rebelled against the establishment and did it so effectively that he at least won his own kingdom.” (1971; Vintage Books; dedication page) Prophetic, indeed!

This past week we saw the collapse of the 35W bridge in Minneapolis, Minnesota. Those in the know are ware that this bridge is part of the I-35 NAFTA Super Highway Corridor, bisecting the United States; providing transport on Mexican trucks of foreign cargo from the NAFTA port in Mexico through the United States to Canada and points east and west along that corridor. Later this month, Bush will meet with his Security and Prosperity Partnership counterparts from Mexico and Canada, President Felipe Calderon and Prime Minister Steven Harper, to further the dissolution of the United States, Canada and Mexico into the European Union style regional world government entity, the North American Union.

Unlike the quick disposal of the Murrah Building and the WTC complex in New York, both the targets of “terrorist activity”, the 35W bridge still lies in the water with the National Transportation Safety Board, the FBI, state and local officials mulling over the scene and promising that the reason for the failure will be found.

Remember, this is the same NTSB that did the flight simulation of the plane supposedly inbound to the Pentagon on September 11, 2001, for the FBI; the simulation that when studied by pilotsfor911truth.com using the flight data recorder information provided by NTSB, found that the plane in question actually over flew the Pentagon by 300 to 400 feet! Not only this, but that the simulator as provided by NTSB showed the plane on a different inbound trajectory than the path that supposedly sheered five light poles. When questioned about these obvious anomalies, the NTSB had “no comment.” Imagine that!

In the case of the 35W bridge, government officials knew the bridge was structurally deficient; that the bridge needed work; but did nothing to correct the problems. The government can lose 2.3 trillion dollars into a black hole in the Pentagon budget, money that has never been accounted for in the six years since September 10, 2001; the government can spend trillions on an illegal and unconstitutional false flag invasion of Iraq; but the government can’t fix bridges that provide access for the average American worker until after those bridges collapse and the resulting deaths become political fodder for talking heads such as George Walker Bush. It took the U.S. House of Representatives and Senate all of 48 hours following the collapse of the 35W bridge to write, introduce and pass HR 3311, providing $250 million to rebuild the 35W bridge. What is the worth of the lives lost because of government negligence?

Will the American people ever be told the truth about why the 35W bridge collapsed or will the government, in a CYA move so typical when wrong-doing is apparent, move to cover its tracks, obfuscate the issue, and provide no real answers? One has to wonder when people like W. Gene Corley, senior vice president of CTL Group, an engineering firm, who helped investigate both the Murrah Building and the WTC, are involved. Both sights were scrubbed as quickly as possible, with no criminal investigation, leading any reasoning individual to the conclusion that the government definitely had something to hide.

Adding insult to injury in the collapse of the 35W bridge, George W Bush, on August 4, 2007, before the microphones in Minneapolis, Minnesota, quipped, “God Bless the people of this part of the world.”

George W Bush is obviously a chip off the old block!

Mother and wife, Stuter has spent the past ten years researching systems theory with a particular emphasis on education. She home schooled two daughters, now grown and on their own. She has worked with legislators, both state and federal, on issues pertaining to systems governance and education reform. She networks nationwide with other researchers and citizens concerned with the transformation of our nation. She has traveled the United States and lived overseas.
Posted by Alex Constantine at Tuesday, August 07, 2007