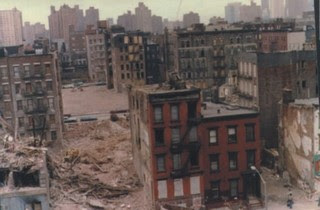 WNYC News - NEW YORK, NY, August 07, 2007 — Venezuelan President Hugo Chavez is once again providing resources to the South Bronx. Several community organizations will get a total of 3-point-3 million dollars in grants from CITGO, the US subsidiary of Venezuela's state-owned oil company.

The money will be doled out to nearly a dozen grass roots groups that provide a range of social services. Leslie Grant, of Sistas (sis-TAS) on the Rise, an organization that works with young mothers, says they welcome the corporate grant money.

GRANT: The money is going to be used to sustain our leadership development program for the next year so it's kind of giving us the capacity to be able to run the program more effectively to accommodate the women who are going to participate in the program.

Chavez reached out to the South Bronx in 2005 when he offered the borough oil at discounted prices. The Bronx has one of poorest Congressional districts in the country.