Coincidence or What?: A Political Assassination & FBI Cover-Up Connection to Minneapolis Bridge Collapse 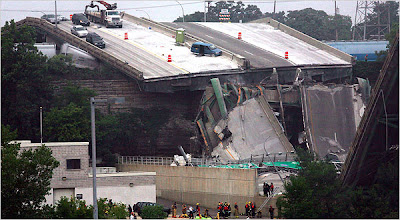 The collapse of the bridge was a coincidence ... I think ... but a very peculiar one, given the connection to an orchestrated "suicide" of a Kenyan civil rights leader and badly-bungled FBI cover-up. "Food for thought, grounds for further research?" ... - AC

Peter Hausmann, a computer security specialist, is a former missionary who met his wife, Helen, in Kenya. He was heading to St. Louis Park to pick up a friend for dinner.

He called home while sitting in traffic. Then the line went dead. There has been silence ever since. 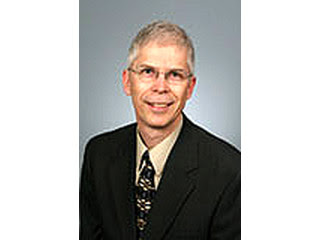 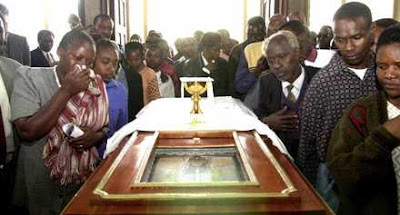 The death of the REV. JOHN KAISER, who openly criticized the Kenyan government, was NOT A SUICIDE as a previous investigation found, a Kenyan court ruled today. Kaiser was shot to death in 2000 in Kenya.

****The U.S. Federal Bureau of Investigation investigated Father John Kaiser's death in 2000 at the Kenyan government's invitation and concluded the Roman Catholic SHOT HIMSELF.****

Senior Principal Magistrate Maureen Odero, who presided over the inquest into the 2000 death of Kaiser, characterized the FBI's investigation as "seriously FLAWED, superficial and lopsided." 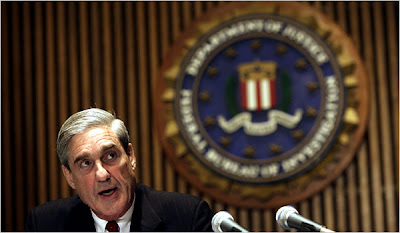 "The court totally REJECTS THE FBI REPORT and in particular the court rejects the conclusion and findings therein indicating that Father Kaiser took his own life," said Odero. "Based on the evidence before this inquest, the court concludes that Father Kaiser met his death as result of culpable homicide." ...

Kaiser — a 67 year-old native of Perham, Minnesota, who had been in Kenya for 35 years — was found dead on the side of a busy highway between the town of Naivasha and Nairobi, the capital, on Aug. 24, 2000. His shotgun was found by his side, and his pickup truck was 33 feet away in a ditch.

The first Kenyan detectives at the scene declared Kaiser's death a HOMICIDE, STAGED TO LOOK LIKE A SUICIDE.

Kaiser was known for his crusading human rights work, and had accused some of Kenya's most powerful politicians of being responsible for political violence in 1991-92 that was carried out under the guise of tribal fighting.

A missionary priest and Minnesota native who had been an outspoken critic of human rights abuses in Kenya was found shot to death on the side of the road outside Nairobi early Thursday in what police described as a gangland-style execution.

The Rev. John Kaiser, 67, was made to kneel and recite his last prayers before he was killed, said a local police commander, who declined to say how he knew what happened, a Nairobi newspaper reported. But the official added, "We are treating this as a murder; investigations have already started." ...

Mahoney said she had heard that Kaiser was planning to give testimony against the Kenyan regime at the U.N. World Court in the Hague, the Netherlands.

The Daily Nation quoted a representative of the Catholic Sisters of Kenya, Sister Nuara, who said: "He was a courageous priest, and his beliefs are likely to have led to his death."

"He was very much a John Wayne-like figure," said PETER HAUSMANN of Rosemount, Minn., a computer consultant who taught high school in Kaiser's parish in Kenya in the late 1980s. Kaiser presided at Hausmann's marriage to a Kenyan. "He was heroic in so many ways. He was always there to help people who had very difficult struggles."
------------------
http://www.startribune.com/462/story/1337

Thousands of Kenyans, including legislators and human rights activists, gathered Wednesday to pay their respects to an outspoken priest from Minnesota shot dead last week.

Speakers at a funeral mass held in the capital proclaimed the Rev. John Kaiser, 67, a martyr and a beacon for the oppressed and suffering. Kaiser had worked in Kenya for 36 years.

"It's a dreadful tragedy, but John's martyrdom will far outweigh his murder," said Carolita Mahoney, Kaiser's sister, who flew in from Minnesota. He was born in Perham and grew up in Underwood in western Minnesota.

"The love John had for Kenyans was obviously matched by the Kenyans' love of him," she said after the service.

Before and after the ceremony, which lasted nearly three hours, members of the Kenya Human Rights Network and students demonstrated outside the Holy Family Basilica Cathedral, chanting and singing freedom songs.

Many of the demonstrators carried banners saying, "Killers of Father Kaiser are assassins of truth and liberty."

"This was a political assassination. It was not just a simple murder. There are well-known facts leading to this which we cannot reveal at the moment but we have overwhelming evidence," said Eusebio Wanyama, one of the demonstration's coordinators.

In the packed cathedral, where about 2,000 were seated and another 1,000 were crammed into its aisles, letters of condolence were read from Pope John Paul and U.S. Ambassador Johnnie Carson.

Carson promised in his letter that the United States and embassy would do everything they could to "ensure the individual or individuals who perpetrated this terrible crime would be punished and prosecuted according to the law."

Archbishop Giovanni Tonucci, the pope's representative in Kenya, said Kaiser was the third missionary to be killed in the East African nation in the past four years.

Tonucci, like many of the other speakers who spoke in Swahili and English, offered forgiveness to Kaiser's killers, as, he said, the slain priest would have.

But there were also warnings that Kaiser's fight for justice would continue.

"The fire lit by the Catholic priest cannot be put out. The struggle now must continue," said Bishop John Njue, chairman of the Episcopal Conference of Kenya.

After the mass, the coffin was taken to the small town of Nyangusu, 155 miles northwest of Nairobi, in the Kisii district for an all-night vigil. Another mass will be held today in neighboring Trans-Mara district, followed by a burial service.