Watching the Detectives ("They're so Cute!") - Conrad Black Investigator's Shadowy Past as Mossad Agent 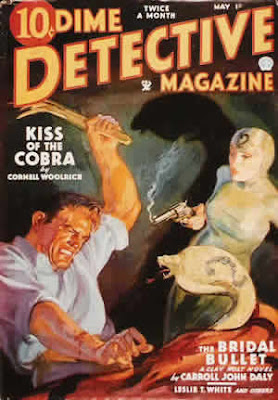 Black investigator has own shadowy past as a spy

The president of New York investigation firm, Interfor, claims to be a former agent for Mossad
http://www.thestar.com/printArticle/242379
August 02, 2007
Simona Siad

This isn't the first time that Juval Aviv, whose affidavit was the focus of much of yesterday's hearing for Conrad Black, has been caught up in larger-than-life events.

Aviv, who claims to be a former agent for the Mossad or Israeli intelligence service, is the president of Interfor, an international investigation firm in New York City.

He also claims involvement in the "Wrath of God" operations instigated by Israel after the 1972 Munich Olympics massacre. The fact is disputed, but he says he helped in tracking down and killing Palestinian terrorists involved in the murder of 11 Israeli athletes.

His version of events became the basis of the 1984 book, Vengeance, by George Jonas, which then became the background for Steven Spielberg's 2005 film Munich. According to Aviv, he is the real-life figure behind the character Avner, played by actor Eric Bana.

Aviv's security-consulting agency is staffed with investigators and fraud examiners who operate in the United States, Europe, the Middle East, the Americas, Africa and Asia. Clients include Fortune 500 companies, law firms, an international airline and governments.

Aviv is a special consultant to the U.S. Congress on terrorism and security and is a consultant for Fox News. He is the author of several books, including 2003's The Complete Terrorism Survival Guide: How to Travel, Work and Live in Safety, and has written a novel based loosely on the death of British publisher Robert Maxwell.

His career includes many high-profile investigations:

In 1988 he was hired by PanAm's insurers to investigate the bombing of one of its jets over Lockerbie, Scotland. As a consultant to lawyers, Aviv wrote a report blaming the Central Intelligence Agency for letting the bomb aboard Flight 103. The CIA has denied his allegation.

In 1995, Aviv was accused of defrauding General Electric Co. with an allegedly false report on terrorism and crime in the Caribbean, but in 1996 was acquitted of all charges following a jury trial in Manhattan federal court.

In 2000, the RCMP's national security section looked into claims that copies of Promis software used by the Mounties and later Canada's spy agency were fitted with a "trap door" that allowed spies to peek into top-secret databases. During that spy probe, Aviv confirmed he was interviewed by the RCMP, who told him they were investigating allegations that the late British media tycoon Robert Maxwell arranged for the software to be sold to Canada.
Posted by Alex Constantine at Saturday, August 04, 2007