Rupert Murdoch's Pillaging of the Media 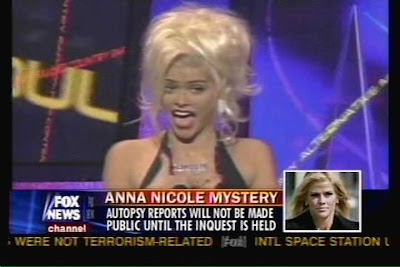 Fighting Fox's influence
How to counter Rupert Murdoch's pillaging of the press
By: Andrew Austin
8/1/07

The New York Post was created in 1801 by Alexander Hamilton (he's the guy on the ten-dollar bill) and is the country's oldest daily newspaper. Formerly a bastion of liberal journalism, the paper was purchased by Rupert Murdoch in 1976, at which point it ceased being a newspaper. The Post essentially became a tabloid, littered with so much sensationalism and bias that by 1980 the Columbia Journalism Review described it as " … no longer merely a journalistic problem. It is a social problem - a force of evil."

Recent headlines run by the Post include a premature declaration of "BUSH WINS!" across the cover while the 2000 election was still in dispute and articles repeatedly referring to senator and 2008 presidential candidate Barack Obama as "Osama (Bin Laden)" - something that could easily be confused aside from the blatant reality that one is a first name and the other is a last name.

But this happened before. Years earlier, Murdoch purchased England's The Sun, giving the newspaper a sensationalist and jingoistic tone. Probably the most egregious sign of the paper's perversion of the press was when editorial content was pushed back to make room for daily photos of topless girls on page 3. A tradition proudly continued to this day.

Recent mutilations of the media at Murdoch's News Corp. include leaked internal memos at Fox News instructing anchors on which way to slant the news and censorship within the company's popular social networking site regulating the use of presidential candidate Ron Paul's name. You may have heard of the website, it's called MySpace.

So why the history lesson? Well, News Corp. yesterday finalized a deal to buy out Dow Jones, the company that publishes The Wall Street Journal. To reiterate, the most economically influential paper in the world has been purchased by same company that owns Fox News.

The intent behind the takeover is widely rumored to change the paper into a right-wing opposition to The New York Times, although News Corp. states the takeover is strictly business-related. Murdoch's claims of not meddling with the The Wall Street Journal echo similar ones during his takeover of the Post, which was abruptly changed within a year of Murdoch's arrival.

The danger of The Wall Street Journal falling into the hands of Murdoch cannot be understated. The paper is the go-to source for the most financially influential people in the nation; it boasts a circulation of 2,062,312, of which the average household net worth is approximately $2.1 million.

This takeover doesn't just pose a threat to the financial landscape of the U.S., it essentially destabilizes the institution of capitalism.

In the past Murdoch has used his media outlets to oppose companies in competition with News Corp., endorse or oppose political candidates and to outright change the news. Why would he stop now?

The harsh reality is that there is no toppling News Corp. Murdoch's assets and influence are far reaching and range from companies like DirecTV and HarperCollins Publishers, down to smaller outlets like the Fiji Times and Jamaba!, the culprits behind the annoying Crazy Frog ringtones. However, there is a way that you, average Joe-Bob (or Jane-Bob) consumer can bring about change.

Like all things ending in "corp.," News Corp. is profit-driven. Their bottom line is what matters most, and consumer opposition to the Murdoch Empire could influence the company's board of directors to seek a new direction (and maybe even a new CEO).

Pass on 20th Century Fox movies, and turn the dial away from channels like FOX network, Fox News, FX, Fox Sports - even the SPEED Channel and the National Geographic Channel. Just don't watch it. If you absolutely have to catch the next episode of "Rescue Me," or desperately need to watch the "The Simpsons Movie," find alternative means. Record the shows and skip the commercials, or when you're at the Cineplex, instead of forking over money for "The Simpsons Movie," buy a ticket to "Hairspray" and accidentally stumble into the wrong theater. You get to watch the movie you want without the guilt and John Travolta gets to feel good about dressing up as a middle-aged woman.

It may be easy to avoid Stephen F. Hayes' hagiography, "Cheney" (although I would like to see how he explains a man-size safe in the vice president's office), but new prints of Pulitzer Prize winners like "To Kill a Mocking Bird" and "The Old Man and The Sea" are only available through HarperCollins. You're in luck, there's an alternative called the library, where readers can borrow hardcover editions of these same books for free.

The real vice for most is college students is MySpace. Although other social networks like Facebook and Friendster are out there, it maybe tough to outright delete your MySpace profile. However, you can avoid clicking on banner ads (usually promoting Fox shows) and refrain from befriending stuff like commercial products that pay for featured profiles. Seventeen magazine is a magazine, is not alive and is not your friend.

There's a reason Murdoch's name sounds so cryptic and "to baffle or deceive" is a second definition for the word "fox." The man is so devoted to right-wing politics he cleared out the 34th-floor penthouse of Fox headquarters in Los Angeles for President Ronald Reagan to use as an office after he left the White House.

The purchase of The Wall Street Journal puts News Corp. one giant leap closer toward a media monopoly. Following the release of the Fox Business Channel in October, the Murdoch is speculated to be interested in buying up Yahoo!. Though the term "media monopoly" may not sound incredibly menacing, this is the Information Age. How would you feel about one person controlling all the information?

Andrew Austin is a media arts senior. He can be reached at letters@wildcat.arizona.edu.