The increased market for books of investigative journalism these days may partially explain the panic among CIA Mockingbirds over "conspiracy theories." From every direction, the media is aggressively reviling "conspiracy theories." What do lords of the press fear? Knowledge. It can't be contained. The infection is spreading ... - AC

When all the hullabaloo over Harry Potter dies down chances are Americans won't be reaching for Philip Pullman in large numbers. No: if trends continue, they'll probably pick up a book of political nonfiction instead. 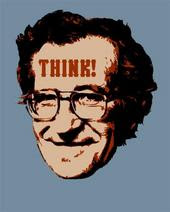 There's a huge market in the US for books of the political analysis and investigative journalism sidelined by the mainstream press. But are enough Americans picking up copies to make a difference at the polls?


By John Freeman
The Guardian

When all the hullabaloo over Harry Potter dies down chances are Americans won't be reaching for Philip Pullman in large numbers. No: if trends continue, they'll probably pick up a book of political nonfiction instead.

As someone rightly pointed out in the comments on my last blog, more and more readers have turned to nonfiction to undo the abracadabra of official spin in Washington. In fact, for the past eight years, current events and politics have led sales growth (with double digit gains) at mega-chain store Barnes & Noble.

This trend, which was kicked off by the 2000 election fiasco, certainly has something to do with the endless campaign trail that American politics has turned into. It also, no doubt, has roots in the shock of 9/11, and the need to understand the dimensions of the war in Iraq. But I believe it is equally driven by the failure of US newspapers to accurately cover and comment on the news.

I'm not just talking about the way so many American newspapers joined the drumbeat for war, and stood by as the administration turned Iraq into a corporate buffet and outsourced the Katrina clean-up as dessert. Rather, I'm referring to the way papers have queered the pitch by sidelining many of the most aggressive voices of dissent.

I recently read Interventions, a collection of opinion pieces by dissident commentator Noam Chomsky and commissioned by the New York Times syndicate. Although Chomsky is one of the world's most compelling thinkers, none of his articles actually ran in the New York Times proper - or in the Boston Globe, the Los Angeles Times, or for that matter any other major US paper. Instead, they were published abroad (in organs including the Guardian) and in a handful of small regional papers in Ohio and Tennessee. It would appear that the New York Times is happy to profit from Chomsky; they just won't print him.

In American journalism, this practice has become the norm when dealing with the left. Read the op-ed pages around the US, and you will find a predominance of conservative to centrist voices. We can read Thomas Friedman, but not Noam Chomsky; we can read Bernard Lewis on the Middle East, but good luck finding Robert Fisk. We can read novelist Walter Kirn sneering at Howard Zinn in the New York Times, but can we read Zinn in the same organ?

This is not, of course, a modern phenomenon. WEB Dubois had a similar problem during his lifetime; at the end of his days, when his thinking took an anti-imperialist turn, the author of The Souls of Black Folks found it harder and harder to get printed. Novelist Richard Wright discovered, while in exile, that "there is more freedom in one square block of Paris than in the entire United States of America." The problem today, however, goes beyond the way the media has self-censored left opinion; it involves the way it also self-censors information.
Posted by Alex Constantine at Friday, August 03, 2007