" ... I opened two packets of aspartame sweetner, and dumped one in a corner of each of our bathrooms. That was about 2 years ago and I have not seen any carpenter ants for about 9 to 12 months. ... " 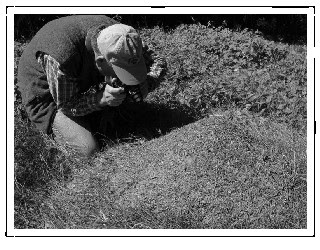 We live in the woods and carpenter ants are a huge problem. We have spend thousand of dollars with Orkin and on ant poisons trying to keep them under control but nothing has helped.

So when I read somewhere that aspartame (Nutrasweet) was actually developed as an ant poison and only changed to being considered non-poisonous after it was realized that a lot more money could be made on it as a sweetner than as an ant poison, I decided to give it a try.

I opened two packets of aspartame sweetner, and dumped one in a corner of each of our bathrooms. That was about 2 years ago and I have not seen any carpenter ants for about 9 to 12 months. It works better than the most deadly poisons I have tried. Any time they show up again, I simply dump another package of Nutrasweet in a corner, and they will be done for a year or so again.

Since posting this information I have had many people tell me of their success solving ant problems with this substance, when nothing else worked.

We found later that small black ants would not eat the aspartame. It was determined that if you mixed it with apple juice, they would quickly take it back to the nest, and all would be dead within 24 hours, usually. I have found that sometimes it will kill the, and sometimes it does not. Not sure why, may be slightly different species of ants or something.

Fire Ants: We got our first fire ant hill about 2 weeks ago. Poison did not work. We tried aspartame and the ants ignored it until we got a light rain. It was just a sprinkle, enough to moisten the Nurtasweet and ground, but not enough to wash it away. They went crazy, hundreds of them grabing it and taking it back into the mound. When I checked the mound 2 days later, there was no sign of the fire ants. I even dug the mound up some, and still saw none of them.

How does it Work: Aspartame is a neuropoison. It most likely kills the ants by interfering with their nervous system. It could be direct, like stopping their heart, or something more subtle like killing their sense of taste so they can't figure out what is eatable, or smell, so they can't follow their trails, or mis-identify their colonies members, so they start fighting with each other. Not sure what causes them to end up dying, just know that for many species of ants it will kill them quickly and effectively.

As with any poison I recommend wearing gloves and washing any skin areas that come in contact with this poison, and avoid getting it in your mouth, despite anything the labeling may indicate. I suspect it will work for other insects such as yellow jackets as well, but have not tested that yet. More information on this fantastic poison can be found at : www.dorway.comAspartame - The World's Best Ant Poison
------------------- 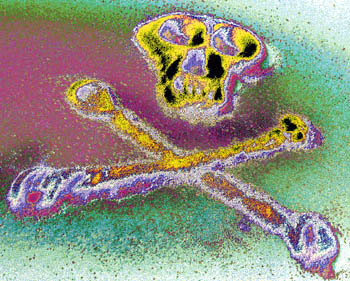 Two popular products which provide leading sales in supermarkets all over New Zealand have been reaching public attention recently due to the efforts of young Wellington actress Abby Cormack. Diet Coke and Wrigley’s chewing gum have been singled out by Abby as factors in her two-year-long medical problems, but in actual fact a long list of common diet, fitness and medicine products contain the added chemical sweetener, aspartame, which is behind a lot of health problems many New Zealanders are innocently suffering without being able to identify a cause, according to critics.

Abby Cormack is coming to Auckland on Thursday, 2nd August to speak at a public meeting on the aspartame issue to be held at the Auckland Medical School, 85 Grafton Rd on Thursday night at 7.30pm, chaired by Green Party food safety spokesperson and MP, Sue Kedgley. Abby and the NZ Safe Food Campaign have invited American food safety and Anti-aspartame coalition leader, Betty Martini, to speak at the meeting and the two are making themselves available for media interview via the contacts listed below while in Auckland.

The basic problem with aspartame in the eyes of its critics lies in the fact that food safety regulators and the standard medical profession themselves are either defensive or unaware of the health problems which aspartame may create when the synthetic sweetener breaks down in the human digestive system into three potential toxins, methanol, aspartic acid and phenylalanine. Aspartame’s regulatory official and industry supporters always cite the fact that these three breakdown products also appear in many foods, but ignore the fact that normally they only appear in natural foodstuffs combined with a large range of beneficial minerals, enzymes, vitamins, proteins and other associated normal food inclusions. In the synthetic form which aspartame offers, the consumer gets a solid “hit” of pure methanol, aspartic acid and phenylalanine without any of the accompanying beneficial food inclusions which otherwise might buffer aspartame’s attack on the human body’s nervous system and brain. This is where the medical problems associated with aspartame use lie according to the chemical’s critics.

Dialling into the Internet these days results in over 2.5 million “hits” on the topic “aspartame”, most of them from sites documenting medical problems with aspartame products and attacking the industry-influenced approval process which saw the chemical released onto the world market by the US Food and Drug Administration in 1981 due to the influence of then G. D. Searle CEO Donald Rumsfeld. Aspartame-triggered health problems are now popularly termed “Rumsfeld Disease” by critics, including NZ visitor, Betty Martini, who heads the consumer activist group Mission Possible, represented in New Zealand by Safe Food Campaign member, Chris Wheeler.

Referring specifically to Abby Cormack’s widespread health problems with aspartame product use, which included chronic fatigue, eye problems and depression, American aspartame disease expert Dr H. J. Roberts, M.D., FACP, FCCP stated earlier this month that “I have reviewed the recent experience of Abby Cormack while chewing four (4) packs of aspartame gum daily, based on her medical history, coupled with the details of her testing and doctoring by interested and competent professionals, and the dramatic improvement of her psychological and most other symptoms following the avoidance of aspartame products. Her problem appears to be largely due to aspartame disease, as I have detailed in many publications. I have reported severe depression, anxiety, insomnia, cramps, speech disturbance, confusion, blurred vision, eruptions, and neuropathic symptoms in numerous aspartame reactors consuming both gum and other products containing this chemical. Fortunately, her mother suspected the cause which had escaped the attention of several doctors.”

Speakers at the Auckland Medical School meeting on Thursday night will be outlining the medical problems that can follow aspartame product use and suggesting ways to de-tox from the chemical, which can cause addictive problems similar to those associated with other drugs like methamphetamine and cocaine. Aspartame’s addictive quality makes it an attractive proposition to food industry users in line with the advantages of nicotine in tobacco, another popular and legal substance which regulators typically ignore. Similar to the controversy surrounding tobacco use, aspartame has a history of industry-friendly science surrounding its approval, largely due to heavy funding supplied by the aspartame industry itself to friendly researchers. A number of recent scientific studies over the past decade, however, have indicated significant health problems from aspartame use, including brain cancer and leukaemia, and it is this evidence which critics are saying should be given more serious consideration by regulators than has been evident in recent times.

“It is not necessary to be using diet products in large quantities to start suffering health problems,” says Betty Martini. “Just two cans of Diet Coke per day are sufficient to set many people off with nagging minor health problems like migraines, sleepless nights and muscle tingling without anyone recognising that something as widely available and advertised as Diet Coke could be the cause. Off course Coca Cola deny any connection with disease problems just as Wrigley’s do. But they would, wouldn’t they?”

Betty Martini is currently in Wellington from July 17 till July 31st and then in Auckland from August 1 till August 4, 2007 as the result of an invitation from the NZ Safe Food Campaign (Alison White), Aspartame victim, Abby Cormack, Mission Possible NZ representative Chris Wheeler and Soil & Health Association Co-Chair, Steffan Browning. She is available for media interviews during these periods – as below:

Additive 951/aspartame is technically defined as L-Aspartyl-l-phenylalanine methyl ester, 98%, aspartame CAS #22839-47-0, C14H18N2O5, or more popularly described since 1981 (when it was approved for general use by the US FDA) under various brand names - Nutrasweet, Equal, Spoonful, Benevia, Equal Measure, Canderel, etc. This synthetic sweetener rapidly breaks down in the human body into three chemicals hazardous to human health: - (1.) Aspartic acid, (around 40%); (2.) Phenylalanine, (around 50%); and (3.) Methanol (10%). Although both aspartic acid and phenylalanine are amino-acids essential to human metabolism they are never presented to the human body in the raw chemical synthetic form that aspartame’s breakdown represents.

Betty Martini is the founder of the worldwide volunteer force, Mission Possible International, which is committed to removing the toxic synthetic sweetener aspartame/Additive 951 from the world food chain. This product often appears under the brandnames Equal and Nutrasweet in New Zealand and is a component in many diet, diabetic, fitness and consumer medical products including Diet Coke, Wrigley’s “No Sugar” chewing gums, Roche’s Vitamin B tablet drink, and many popular breath freshioners.

CHECK THESE RESOURCES FOR FURTHER INFORMATION

Web Site - and , the Aspartame Toxicity Center, A new video exposing the aspartame industry is "Sweet Misery: A Poisoned World", available from Email: , Tel (USA) - 520 - 624 -9710. Also the medical text on aspartame: "Aspartame Disease: An Ignored Epidemic", available online from or Tel (USA) 1 800 827 7991 H. J. Roberts, M.D. (along with other books and tapes). Dr Roberts' book contains a chapter on trial lawyers and drug interactions since aspartame is a severely neurotoxic drug. See also books on aspartame by neurosurgeon Russell Blaylock, MD, "Excitotoxins: The Taste That Kills", and "Health & Nutrition Secrets To Save Your Life." See websites above for details. The latter book tells aspartame victims what they have to avoid and why, and explains how a victim can re-build their immune system. Dr. Blaylock also has a book on Cancer Strategies. With aspartame having caused so many tumours in original studies this is a helpful resource.
Posted by Alex Constantine at Wednesday, August 01, 2007