Chavez Accuses the Catholic Church of Conspiring in Coup Plot 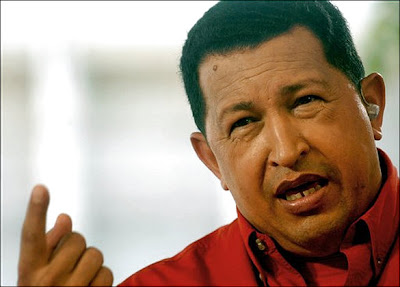 Venezuelan President Hugo Chávez urged representatives of the Catholic Church to apologize to the country for its involvement in the events of April 2002, where he was forced to step down for few hours.

The ruler agreed with the remarks made on Tuesday night by Mario Silva, the anchorman of "La Hojilla." During the talk show aired on official TV channel Venezolana de Televisión (RCTV), Silva said that high-ranking members of the Venezuelan Catholic Church owed an apology for their role played on that occasion.

"I wish somebody would come out and apologize for backing the coup led by (businessman Pedro) Carmona, the fatalities on that day, terrorism against the people and treason to Venezuela," said Chávez.

"The cardinal (Ignacio Velasco) knew about the coup and would let the coup plotters to meet at his place."
Posted by Alex Constantine at Thursday, August 02, 2007