Blackwater's Erik Prince, the Knights of Malta and a "Near-Death" Experience

From: The Blackwater chronicles
By Irfan Husain
Dawn.Com | 16 Dec, 2009 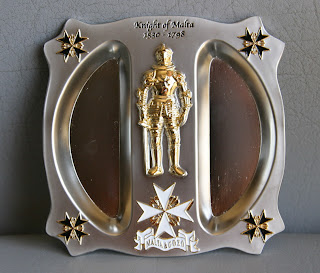 ... Among other allegations about Prince, perhaps the most bizarre relate to his connection to the Knights of Malta, an extreme-right Roman Catholic organisation that traces its roots back to the Crusades. Some ex-employees have accused Prince of being a Christian supremacist sanctioning the killings of Muslims because he believes he has been charged by God to ‘rid the world of Muslims and Islam.’

Others point to the fact that he supports an orphanage in Afghanistan. Whatever the truth, Prince does seem to think he has been chosen for a mission to defend America. He cites a recent near-death experience in his interview with Ciralsky in the Vanity Fair article. Apparently, he was in Islamabad when he received word that his son had nearly drowned in the family swimming pool in the United States. Changing his itinerary, he caught the next flight back, checking out of the Marriott hours before it was nearly flattened in a huge suicide blast a couple of years ago. ...

Blackwater and the Knights of Malta

.... The European Parliament published a report by Giovanni Claudio Fava, a Socialist Group legislator, claiming that there are connections between Blackwater and Malta. Malta is where the Knights of Malta, another right-wing element of the Catholic Church similar to the Knights Templar, once lived and still maintain control of Fort St. Angelo.

The Nation’s Jeremy Scahill has also written about connections between Prince, Malta and Pres. Bush’s rendition program in which terrorist suspects were sent to other countries for the purpose of torture. The program, according to Scahill was run by Cofer Black, who is allegedly a Knight of Malta himself and used Malta in the rendition program.

Black is the current vice chairman for Blackwater. At the time of the Sept. 11, 2001 terrorist attacks in New York and Washington, DC, Black was director of the CIA’s Counterterrorist Center. ...