Big Oil gets the Biggest U.S. Energy Subsidies of All

" ... Today, the oil industry receives north of $100 billion per year in subsidies and collateral support. This is the equivalent of one AIG bailout per year, every year. ... " 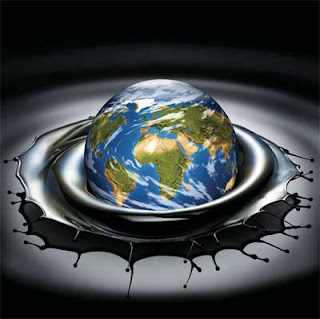 Ever since New England Whalers ran the oil business, we've been a country of "barrel half-full" types. There will always be more oil! All it takes is a prone leviathan, a deposit in an unstable, war-torn country or a new find in the middle of some environmentally sensitive area.

Unfortunately, we need to find the equivalent of a new Saudi Arabia every four years just to keep up with demand around the world. And that isn't getting any easier. Pumping seawater under the Arabian Desert and squeezing oil from tar sands near Glacier National Park is a lot more expensive than boiling blubber or watching oil gush on the West Texas plains. And we all foot the bill.

Today, the oil industry receives north of $100 billion per year in subsidies and collateral support. This is the equivalent of one AIG bailout per year, every year. The web of direct subsidies includes billions in government sponsored low-cost construction loans and tax breaks like the Foreign Tax Credit. "Last in, first out" accounting practices, special write-downs for core operations and royalty "relief" for leases in the Gulf of Mexico have robbed the federal coffers of billions more.

This past September, the Environmental Law Institute released a study on direct subsidies to Big Oil from 2002-2008. The conservative tally was $72 billion, compared to $13 billion for nonethanol alternatives. And unlike support for alternative energy or other industries, many of these direct subsidies are written permanently into the tax code, not phased in and out of various legislations.

These oil subsidies began nearly a century ago to support the nascent domestic oil industry, just as whaling was dying out. After joining forces with other special interests, the industry then helped cement its growth by influencing public policy toward highways over public transportation and fuel inefficiency over conservation and innovation.

With ExxonMobil earning more in 2008 than the US government spent on wind and solar energy during this entire decade, it's safe to say the wind, solar and biofuel industries could use more help going forward.

Despite the causal relationship between energy consumption and gross domestic product growth, the indirect costs of Big Oil may eventually wipe out the economic benefits. After all, GDP is just an accounting convention. It does not account for externalities. In fact, the cleanup of an oil spill might actually add to GDP. It's a shell game (pun intended).

Neither the environmental mitigation nor health costs associated with pollution or climate change nor the legal liabilities of international exploration are burdens oil companies have to bear in the "free market." Nor are the direct and considerable costs of protecting oil supply lines from the Persian Gulf — by many estimates more than $50 billion a year. If you are in the camp that draws a correlation between our energy policy and the wars in Iraq and Afghanistan, this collateral number is much, much larger.

BLAINE TOWNSEND is a senior portfolio manager at Nelson Capital Management LLC, a Palo Alto-based investment firm specializing in sustainable investment strategies. He wrote this article for the Mercury News