Change Blindness: Research and History Show Americans are as Blind to US Fascism as Nazi-Era Germans 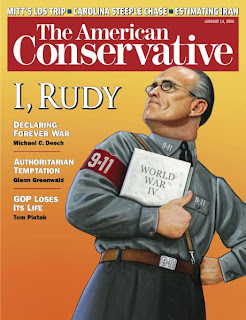 We hold these Truths to be self-evident ... Psychological research demonstrates that large-scale dramatic change can escape attention when the change is unsuspected, unannounced, and agents causing the change act as if nothing is different. Two areas of this cognitive study are “change blindness” and “inattentional blindness.” When we include consideration of “cognitive dissonance,” the rejection of facts when they conflict with important beliefs, we can approach an explanation of how educated citizens could accept fascism when it was unsuspected, unannounced, and the responsible agents fraudulently represented the new government as no different from the old. Cognitive dissonance would deter many people to accept the new reality, even when the facts were clear.

The definition of “fascism” has some academic variance, but is essentially collusion among corporatocracy, authoritarian government, and controlled media and education. This “leadership” is only possible with a nationalistic public accepting policies of war, empire, and limited civil and political rights.

Yes, I am making the argument that the US is no longer a constitutinal republic, but a fascist regime that Americans are struggling with cognitive dissonance, change blindness, and inattentional blindness to recognize. Let’s look to history before we consider the US of the present and if we are afflicted with a kind of cognitive blindness to American fascism. ...

The Project for a New American Century (PNAC) contributed over 20 of the Bush Administration’s “leadership,” including Vice President Cheney, Secretary of Defense Rumsfeld, US Ambassador to the UN John Bolton, Deputy Secretary of Defense Paul Wolfowitz, and other key positions in Defense and State Departments.

In 1992, then Secretary of Defense Cheney and Paul Wolfowitz produced a paper for the future strategic goals of the US following the collapse of the Soviet Union. The paper was leaked; among the goals was for the US to expand as the world's Superpower through our military to "establish and protect a new order." The report endorsed “pre-emptive” attacks and ad hoc coalitions for military objectives, but as an unrivaled Superpower should act independent of international agreement if "collective action cannot be orchestrated." The strategy included military plans for intervention in Iraq for US "access to vital raw material, primarily Persian Gulf oil."

In 1998, PNAC lobbied President Clinton for war with Iraq, independent of UN Security Council legal authority. In 2000, PNAC issued its report, "Rebuilding America's Defenses: Strategy, Forces and Resources for the New Century." The report stated the goal of a “Pax Americana,” an American “peace” that would achieve US interests by the method of "fight and decisively win multiple, simultaneous major-theater wars." The US would usurp UN authority: "demand American political leadership rather than that of the United Nations." The US would ensure its dominance through expansion of global military bases, now at over 700.

The report ominously included: "Further, the process of transformation, even if it brings revolutionary change, is likely to be a long one, absent some catastrophic and catalyzing event––like a new Pearl Harbor." This would conveniently happen on 9/11; kicking in plans for invasion and hegemony in Afghanistan, Iraq, rhetoric for war with Iran, and now attacks in Pakistan.

How close is the US to fascism? 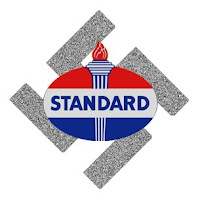 We’re there; the US is fascist. As a teacher of US government, I spend a lot of time with these basic definitions. Let’s look.

The US was formed as a constitutional republic; a political philosophy of limited government, separated powers with checks and balances to ensure the federal government’s power stays limited within the Constitution, protected civil liberties, and elected representatives responsible to the people who retain the most political power.

The US ideals that we embrace is equality under just laws, freedom of opportunity expressed through inalienable rights of the Declaration of Independence, and creative independence to cooperatively compete for our best ideas to be rewarded.

Is this what we have today? Hardly. Let’s consider the salient evidence.

The US brazenly violates our laws of war, both demanded by the Constitution and the UN Charter, with open invasion of Afghanistan in abject violation of UN Security Council Resolution 1373 and their government’s agreement to help extradite Osama bin Laden upon US presentment of evidence that he was involved in any crime of UN and/or international law. The US refused both the Afghan standard legal requirement of extradition and the UN resolution for cooperation under law and attacked. The new administration of Obama does not acknowledge this illegal history, but expands the invasion and attacks Pakistan. This policy is fascist, not limited by US law.

The US openly lied about reasons to justify an attack upon Iraq, destroying any semblance of argument of “self-defense.” The Obama administration won’t acknowledge the disclosed history from our own House and Senate investigations, and violates his oath of office to prosecute clear crimes. This policy is authoritarian, fascist, and does not hold equality under just laws. It is an un-American policy by definition.

The US tortured, with Obama refusing to prosecute and giving empty rhetoric to end it. The destruction of civil liberties to enforce authoritarian government is fascist, not American. ...